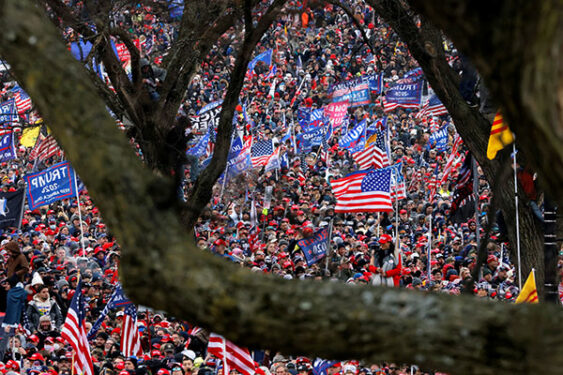 Supporters of President Donald Trump attend a rally at the Washington Monument near the White House in Washington Jan. 6, 2021, to contest the certification by the U.S. Congress of the results of the 2020 presidential election. (Photo: CNS/Carlos Barria, Reuters) 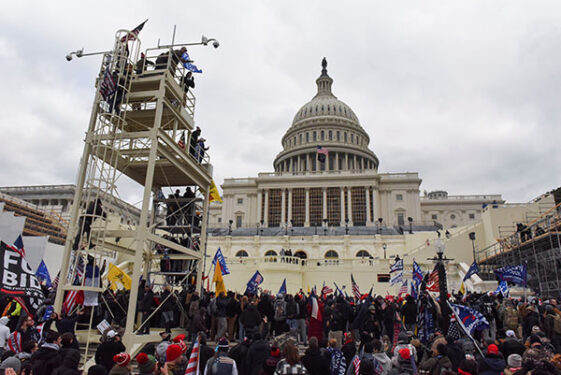 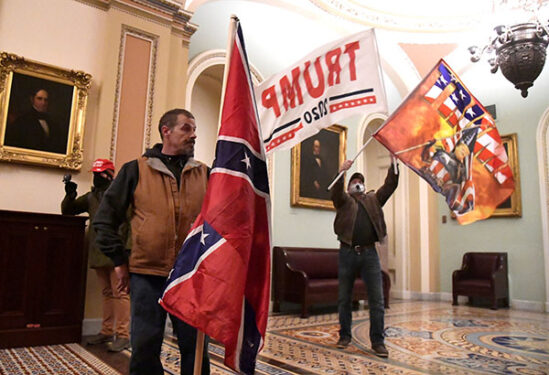 Supporters of President Donald Trump demonstrate on the second floor of the U.S. Capitol building in Washington near the entrance to the Senate after breaching security defenses Jan. 6, 2021. (Photo: CNS/Mike Theiler, Reuters) 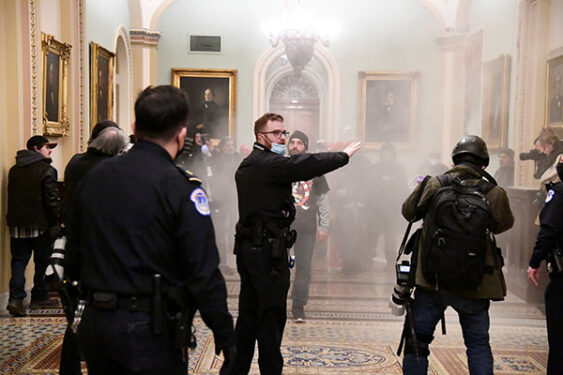 WINDSOR TERRACE — Chaos broke out in the nation’s capital Wednesday afternoon when President Donald Trump supporters descended upon and got inside the nation’s Capitol building as lawmakers met in a joint session to count and confirm electoral college votes.

Vice President Mike Pence and lawmakers were evacuated, and the session was suspended and forced to recess as law enforcement worked to handle the situation.

Just after 4 p.m., President-elect Joe Biden held a televised press conference where he called on Trump to “step up” and condemn what he called a “siege.”

“The words of a president matter. No matter how good or bad that president is,” Biden said from Wilmington, Delaware. “I call on President Trump to go on national television now to fulfill his oath and defend the constitution and demand an end to this siege.”

Trump followed around 4:20 p.m. with a message calling on protestors to “go home,” while emphasizing that the election was stolen.

Photos and video from the scene showed protesters that had overtaken the Senate floor. On the house side, images from inside showed police officers guarding the door with guns drawn as someone tried to break in.

Outside of the Capitol building, a sea of people occupied the steps and area in front waving Trump 2020 and yellow “Don’t Tread On Me” flags.

There were reports that one woman was shot in the chest, and multiple police officers had to be removed from the Capitol building with injuries stemming from the protests.

Multiple bishops have weighed in on social media, though none have outwardly condemned what has happened or issued a statement.

Archbishop José H. Gomez of Los Angeles, president of the U.S. Conference of Catholic Bishops (USCCB), issued the following statement in response to today’s violence in the United States Capitol:

“I join people of good will in condemning the violence today at the United States Capitol. This is not who we are as Americans. I am praying for members of Congress and Capitol staff and for the police and all those working to restore order and public safety.

“The peaceful transition of power is one of the hallmarks of this great nation. In this troubling moment, we must recommit ourselves to the values and principles of our democracy and come together as one nation under God. I entrust all of us to the heart of the Blessed Virgin Mary. May she guide us in the ways of peace, and obtain for us wisdom and the grace of a true patriotism and love of country,” said the archbishop’s statement.

Bishop Michael Olson of Fort Worth retweeted a tweet from Trump that reads, “Please support our Capitol Police and Law Enforcement. They are truly on the side of our country. Stay peaceful!”

As of 4:45 p.m, protests continued as police worked to get the scene under control. Washington D.C. Mayor Muriel Bowser ordered a citywide 6 p.m. curfew.