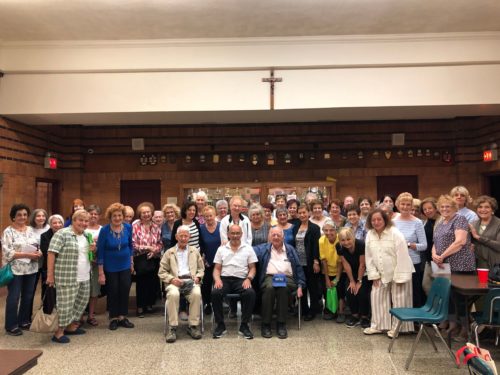 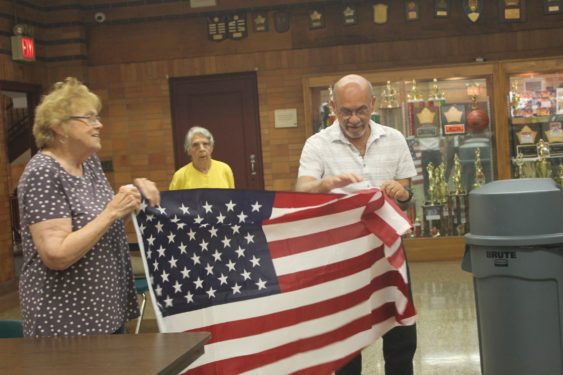 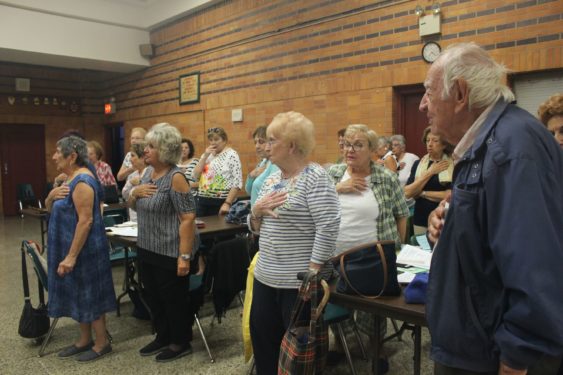 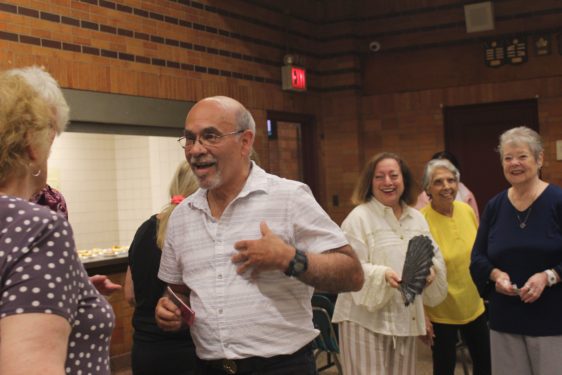 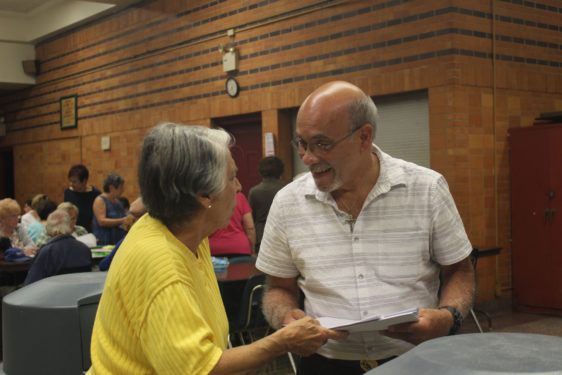 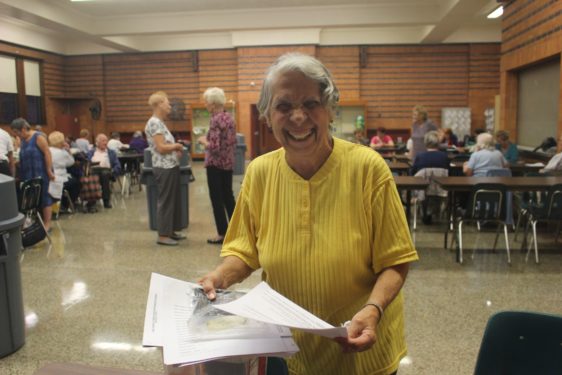 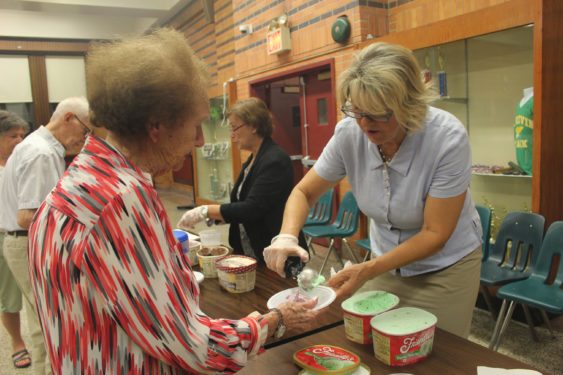 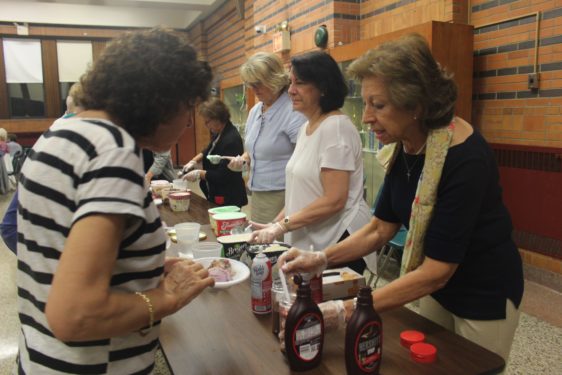 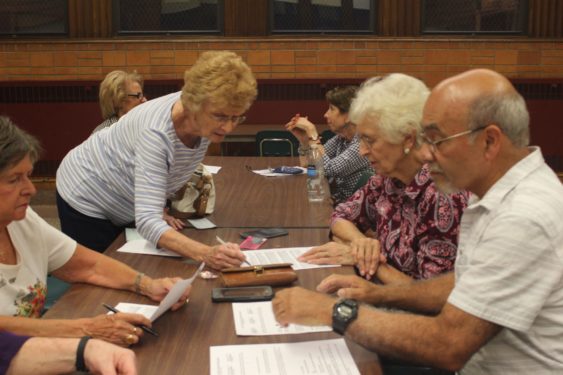 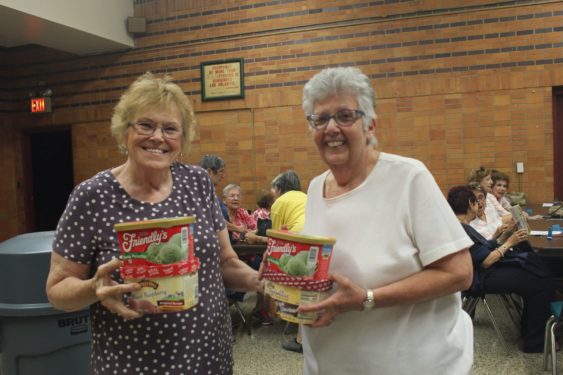 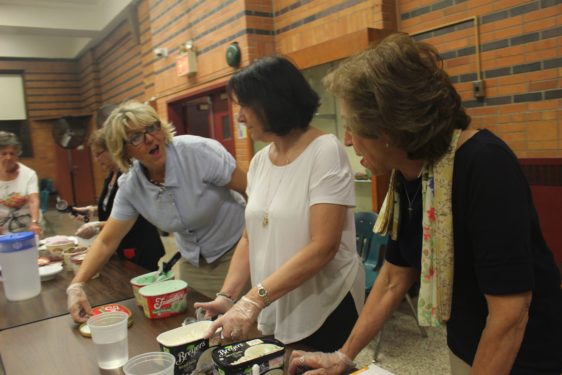 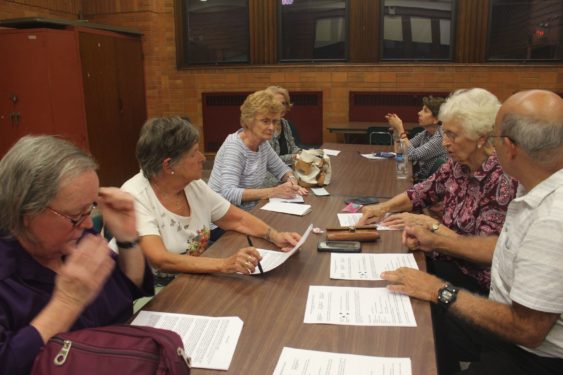 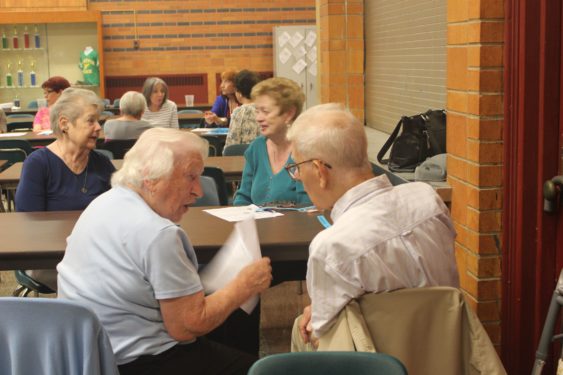 FLUSHING — Joseph Ramirez, the new president of the Catholic Widows and Widowers of Queens, remembers his favorite activity with his wife: dancing.

“That’s one of the many things I miss about my wife, she was a great dancer,” said Ramirez, who joined the group and became reacquainted with his Catholic faith soon after his wife passed away in 2011. “I still miss her. But this [club] is my way of doing different things — like dancing again — and it makes me happy.”

The Catholic Widows and Widowers of Queens started at St. Kevin’s Parish in Flushing over 20 years ago. Its roots trace to the Archdiocese of New York, and members say at the time, St. Kevin’s wanted to address a growing need for a social widows (and widowers) club in the Diocese of Brooklyn.

Carol Sherlock, a St. Kevin’s parishioner since 1971 and member since 1987, said that she has seen the group grow tremendously in both number of members and events over the years.

As more widows and widowers from surrounding parishes, including St. Anastasia, Douglaston; St. Luke, Whitestone; and Holy Family, Fresh Meadows, joined, Sherlock, 79, said the group shifted from being just a local bereavement circle to serving as a community social club, with events like monthly talks, dances and casino trips.

“We don’t talk death too much here,” Sherlock said. “We do talk about what we can do, and what we are doing, to make life better … It’s like, you’re trying to make life go on, because you can’t live life in the past; you have to kind of move forward.

“By coming to things like this, you’re planning ahead, you’re looking forward to something all of the time.”

Angie Sperrazza from College Point has been coming to the Catholic Widows and Widowers of Queens group for 12 years with her sister-in-law.

“It means a lot to me because I meet great people, and it gets me out of the house,” she said.

After a summer hiatus, the group of about 90 active members, representing all ages and backgrounds, gathered at St. Kevin’s auditorium on Sept. 9 for their monthly fellowship meeting, which is held on the second Monday of each month.

Christine Ruggieri, vice president of the group, says that annual dues of just $15, along with regular fundraisers and a monthly raffle, help the group offer regular activities and events.

Ruggieri added that St. Kevin’s has been supportive: The parish holds an annual spring Mass for deceased spouses and loved ones, and provides a rent-free venue for events and discussions.

The monthly talks are especially popular. Past speakers, organizations and topics have included Sister Ave Clarke O.P., an author on how to write a memoir, AAA on driving safety for seniors and the FDNY on fire safety.

“It’s not just bereavement; it’s more social, and we try to have informative speakers as well,” said Ruggieri, who adds that she got involved in the club because of an article in The Tablet.

“Sometimes people feel alone and draw away when they’re widowed. [This club] fulfills a need,” she said. “We are rooted in our Catholic faith, our kids went to Catholic school, and we feel like home here. At this point in our lives, we need to feel like we’re home.”

Longtime member Eileen Woods said she feels comfortable to be herself among both men and women of all ages who have all experienced the death of a spouse. She said that enjoys the spiritual aspect of the group.

“Your life is enriched,” Woods said. “The grief is forever, though.”

Ramirez, the president, said he hopes that more men will join this year, with plenty of events to look forward to, including brunches, dinner-dances and a Christmas holiday trip to Cape May, N.J.

Christina Canavan, a parishioner at St. Mel’s, Flushing, and a member for three years, agrees that the club is “a wonderful way of getting together and moving on.”

“It’s very good for the soul,” Canavan said. “When you become a widow, your whole life changes. There are so many people who are lonely, so we encourage them to join us.”