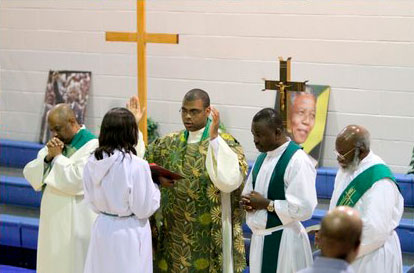 In a statement issued by The Catholic League, its president, Bill Donohue, says that militant secularism at home and militant Islam abroad are the two greatest threats to Catholicism today.

He quotes Pope Francis’ daily Mass homily in which he said, “There are more Christian martyrs today than during the early days of the Church.”

“The Holy Father is right,” said Donohue, who added that Islamism and communism are responsible for murdering Christians and persecuting Christianity.

“It is precisely the ‘better educated’ class who are leading the militant secularist crusade,” he continued.

“They are the ones who seek to ban the public expression of religion, make movies that insult Catholicism, paint priests as molesters, ban Bibles from hotels, display vile anti-Catholic billboards, attempt to crash the St. Patrick’s Day parade, sponsor Catholic-bashing artistic exhibitions, force Catholic non-profits to pay for abortion-inducing drugs and the like.”