“Where It Continues…” was the theme of the second major alumni event of the Cathedral Prep centennial calendar. Click on the images below to enlarge. 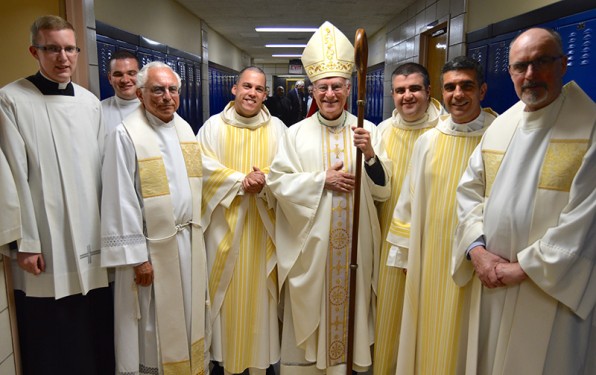 Auxiliary Bishop Raymond Chappetto, ‘63, above, was the main celebrant of a Mass of thanksgiving celebrated in the school’s chapel in Elmhurst. With him, from left are Brendan Harfman, college seminarian; Deacon Christopher Bethge, who will be ordained to the priesthood next month; Msgr. Michel Brennan, ‘63; Father James Rodriguez, ‘00, diocesan vocation director; Bishop Chappetto; Father James Kuroly, ‘99, faculty; Father Joseph Fonti, ‘83, Rector; and Father Vincent Daly, ‘ 63. 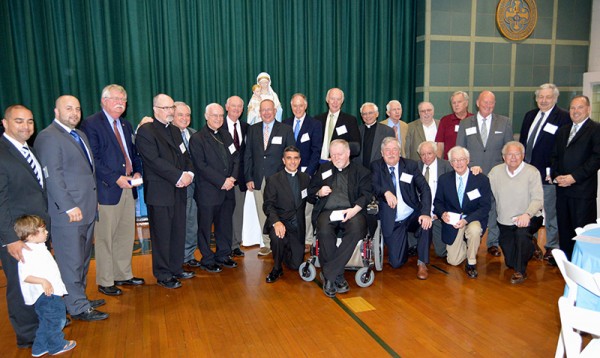 Above are members of the high school and college division’s Class of 1965, who were marking their 50th anniversary of graduation. 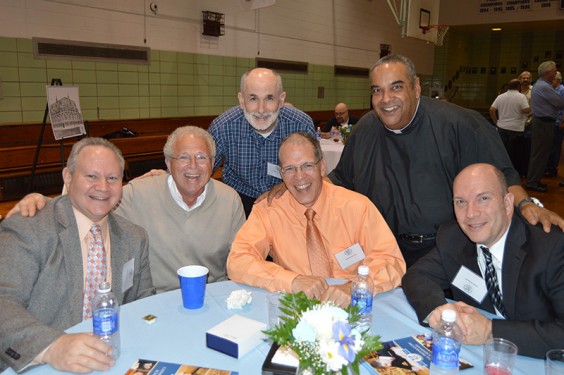 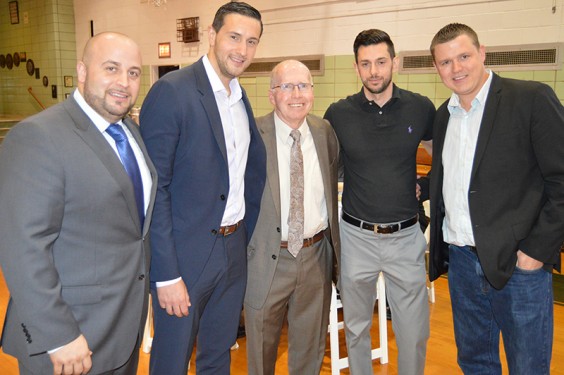