On a day devoted to festive public celebrations of his new leadership role in the Catholic Church, Cardinal Timothy M. Dolan repeatedly described his elevation to the College of Cardinals as a reflection on the Archdiocese of New York and the larger New York community, rather than an honor reserved to himself alone.

Cardinal Dolan, head of the New York Archdiocese since April, 2009, led a mid-morning prayer service and celebrated a later afternoon Mass at St. Patrick’s Cathedral Feb. 25, exactly one week after he received his new title from Pope Benedict XVI at a consistory in Rome.

Invited guests filled the Fifth Ave. landmark for the services.

Plume-hatted Knights of Columbus lined the main aisle for the processional that included auxiliary bishops of New York and local ecumenical and interreligious leaders. Waves of applause erupted from the worshipers as Cardinal Dolan made his way to the sanctuary accompanied by the full-throated notes of St. Patrick’s Cathedral Choir.

In his homily at the prayer service, Cardinal Dolan said his elevation is a tribute to the Catholic community of the Archdiocese of New York, an affirmation by the “pastor of the church universal” and a reflection of the wider fellowship that exists within the church and among other religious groups in New York.

He said the morning event showcased New York at its best, because it drew people from many ethnic, religious and cultural backgrounds “to share a moment of joy with a man who arrived three years ago as a rookie, not aware of the difference between corned beef and pastrami.”
Cardinal Dolan said he and his predecessor, Cardinal Edward M. Egan, characterized New York as a “holy and religious place” when they were in Rome for the consistory.

He said, “To be sure, we have more than enough sin, injustice, immorality and some animosity toward religion and there’s enough selfishness and greed, but rising above all, like the soon-to-come Son of Easter Sunday morning, come such things as cherished friends and neighbors, an unparalleled embrace of welcome to the stranger, the refugee, the immigrant, pitching in and working hard for babies and children and elders and those at risk and those hurting.” 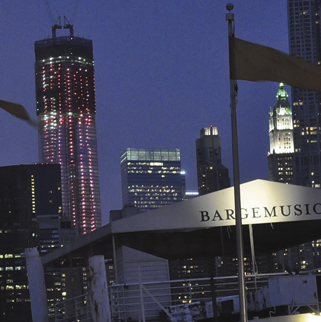 He said, “We’re at our best when we give of ourselves to others in love and service. That’s the New York I’ve come to acclaim and love.”

Embraces Searchers and Sinners
Cardinal Dolan said the Catholic Church is a spiritual mother “smack dab” in the center of the city that embraces souls, searchers and sinners in much the same way that the Statue of Liberty in New York harbor welcomes struggling refugees.

The church “is shouting, ‘Yes!’ to all that is beautiful and true and liberating in the eyes of God,” he said.

Cardinal Dolan said his listeners were the “real princes.” He doffed his red birettum and paraphrased the advertising slogan popularized by one of the most famous products of his native St. Louis, “This hat’s for you!”

Cardinal Dolan enumerated local landmarks as he envisioned Pope Benedict placing the hat on the Statue of Liberty, the 9/11 Memorial, home plate at Yankee Stadium and the goal post at Giants Stadium.

But he drew laughter and applause when he appeared to stop himself from mentioning the Empire State Building. The building’s owner rejected a New York congressman’s request to illuminate the skyscraper’s upper floors in red to honor Cardinal Dolan. The Port Authority of New York and New Jersey, owner of One World Trade Center, is lighting that building in red for one week, beginning Feb. 24.

Cardinal Dolan assured the congregation that his baseball allegiances are with New York and not Boston, and said he refused to wear the red socks that go with his new ecclesial garb.

At a crowded reception after the prayer service, Cardinal Dolan said the event was historic for two reasons: There was no collection taken and, in deference to Lent, he passed a table filled with chocolate chip cookies without stopping.