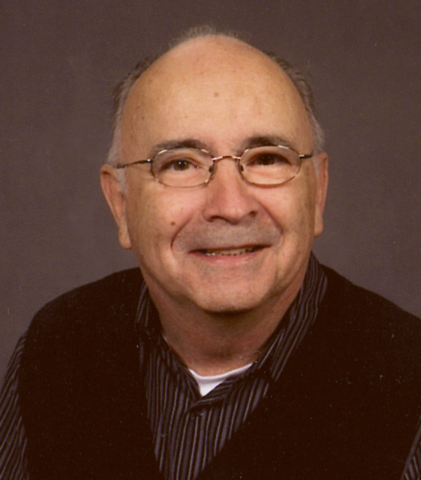 Brother Sean McLaughlin, S.D.S., was presented with the newly established Pillar Award from the Religious Brothers Conference (RBC) during its 43rd annual National Assembly held in July in New Orleans.

The Salvatorian brother is the co-founder of the RBC, originally named the National Assembly of Religious Brothers, whose mission is to promote the call to religious brotherhood as an essential and fulfilling vocation for men within the Catholic Church.

“Brother Sean has been advancing the cause for Brothers in the Church on a national level for nearly 60 years,” said Brother Benjamin Babb, S.D.S., executive secretary of the RBC. “It has been a lifelong passion for him.”

That lifelong passion began in Brooklyn, with the McLaughlin family growing up in the Midwood section of the diocese. Brother Sean started grammar school at St. Teresa of Avila, Prospect Heights, before transferring into the school and parish at St. Thomas Aquinas, Flatlands.

Each Sunday outside church, Brother Sean recalls, he would emphatically sell copies of The Tablet newspaper for 10 cents a copy – oftentimes beginning his selling campaign before the priest even left the altar, he said.

The Brothers of the Holy Cross taught him at St. Thomas Aquinas, which is where he said his inkling to enter religious life originated. He said the Pillar Award came as a surprise to him.

“It all started at St. Thomas Aquinas in Flatlands,” Brother Sean said.

He still has family in Brooklyn at St. Thomas Aquinas parish, Flatlands, and Our Lady Help of Christians, Midwood.