Haitians from throughout the diocese gathered at St. Jerome’s Church, East Flatbush, June 15 to pray with the first-ever-named cardinal of the Caribbean nation.

Even as Cardinal Chibly Langlois, bishop of Les Cayes, is faced with the continued challenge of rebuilding Haiti after the earthquake that devastated his country four years ago, the cardinal came to Brooklyn June 15 to shepherd his flock living abroad.

During his homily on Trinity Sunday, the cardinal spoke of the need for love.

Regarding the progress of recovery in his native land, he said there is much left to be done. He pointed out that none of the church buildings in Port-au-Prince have been rebuilt.

Cardinal Langlois, who was elevated to the College of Cardinals earlier this year, said the role of the Church in Haiti has been to help the people not only through physical and social aid but also with spiritual guidance.

“After the earthquake, we continue to encourage the people to have trust in God and to believe they can continue changing their situation,” he said. 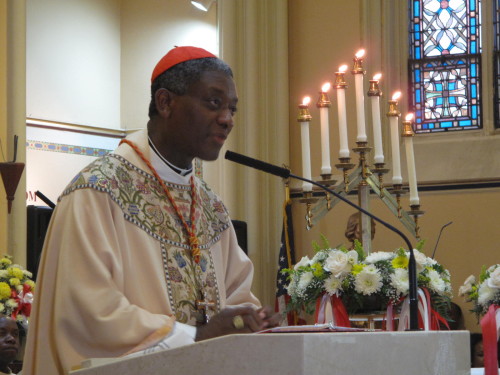 Cardinal Chibly Langlois, the first-ever-named cardinal from Haiti visited St. Jerome’s parish, East Flatbush. Above, he speaks of the need to follow the example of the love shared in the Trinity. 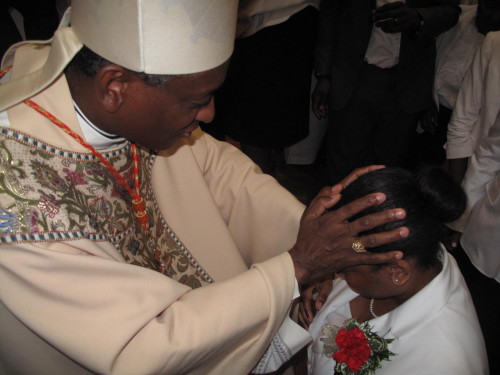 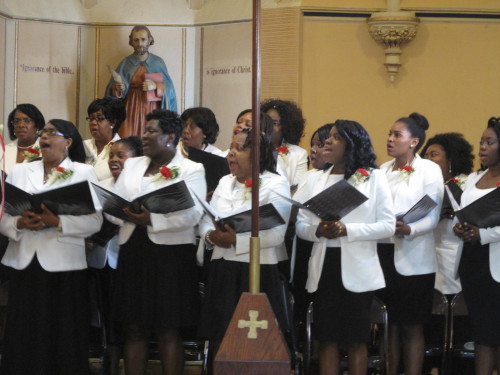 A choir sings praise to God during the multilingual Mass (Haitian-Creole, English and Spanish). 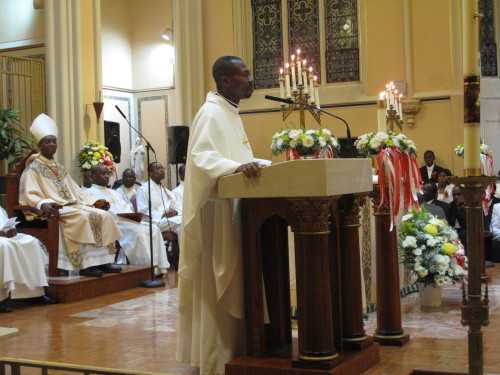 Father Yvon Pierre, administrator of St. Jerome, thanks Cardinal Langlois for his inspirational visit to Brooklyn. 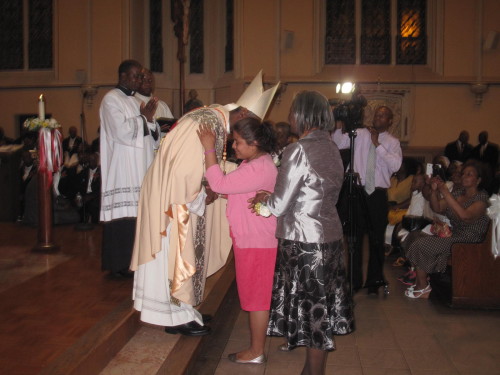 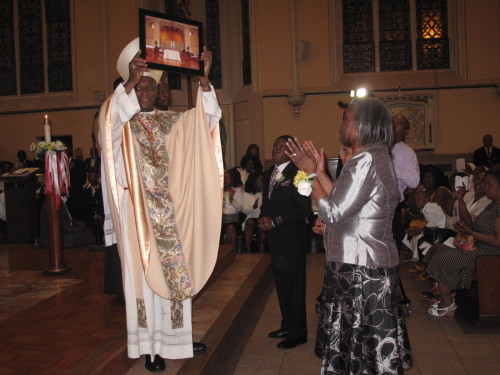 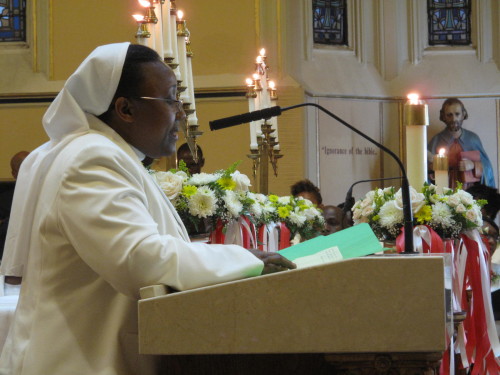 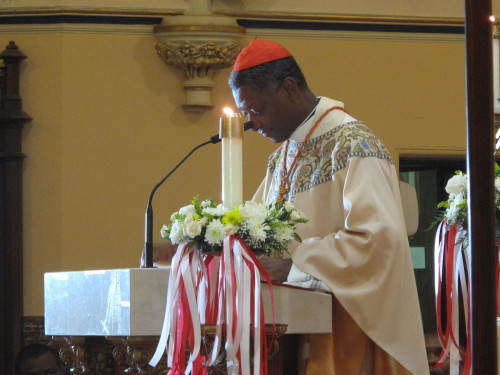 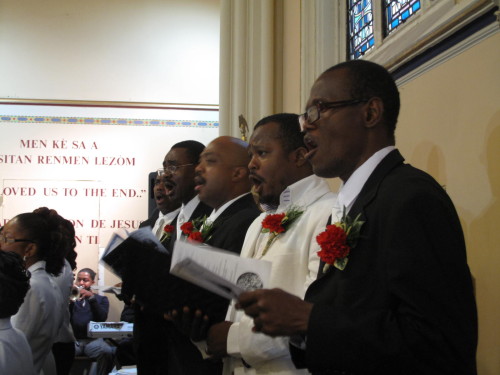 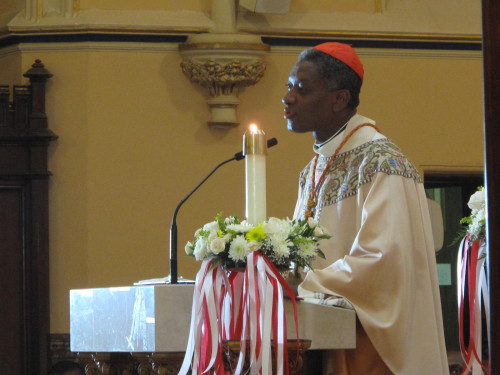 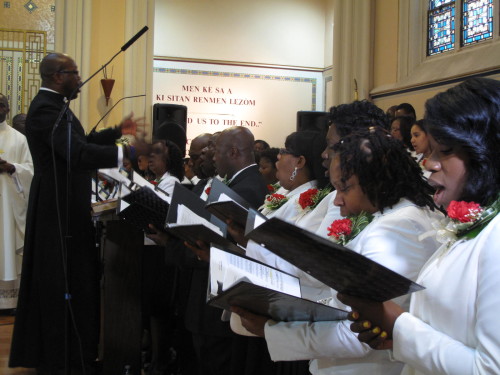 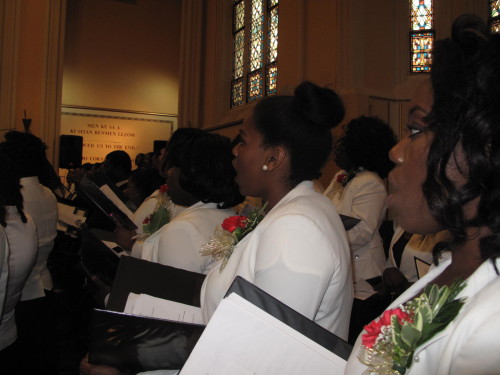 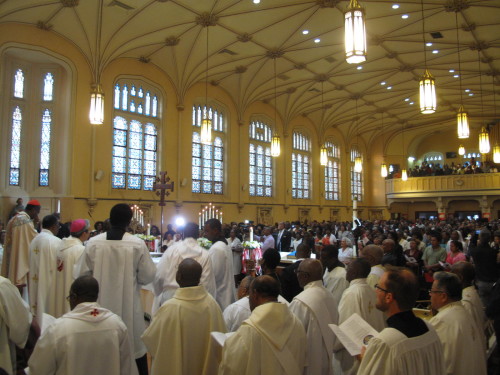 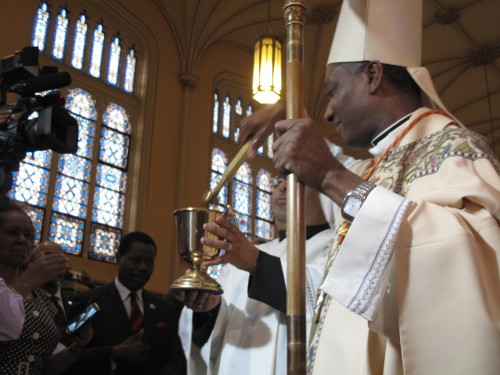 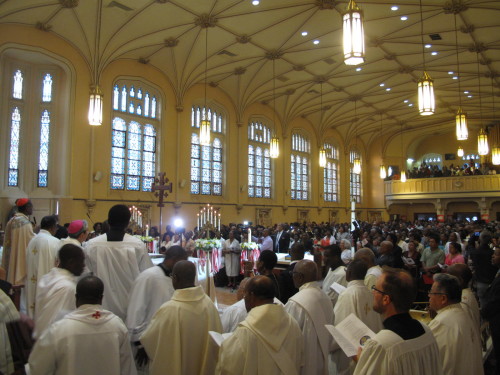 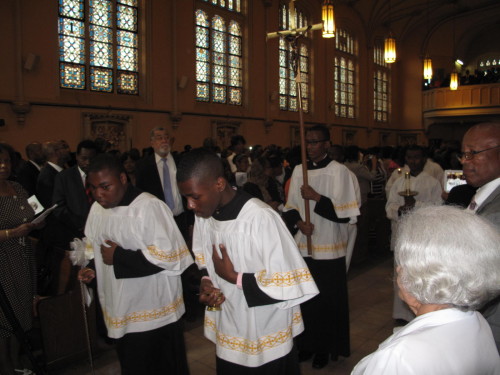 Cardinal Langlois said that the best way for Catholics around the world to help Haiti is by working through the Church. He said that dioceses or parishes can partner directly with a diocese or parish in Haiti to work together to help the people of the Caribbean nation.

Yves Pierre, 18, an altar server at St. Jerome’s, said he sees the new cardinal as someone who will lead Haiti toward a brighter future.

“After the earthquake, we had little hope,” he said.

Nonetheless, just as their forefathers have done before them, the Haitian people have relied on their faith to continue forward, he said.

Farah Jean said what Haiti needs most is prayers. Therefore, she is encouraged by the prospect of a Haitian cardinal. She believes he can bring blessings to Haiti.

Theophita Longchamp added that she is grateful to have a Haitian cardinal and will pray for him as he faces the many challenges of his office.

Djardoory Fimer, an altar server at St. Jerome, said he is happy that Haitians have a representative among the cardinals of the world.

“We have someone who is looking out for us, who knows our needs,” he said, adding that this cardinal may still receive one more elevation. “Cardinal is a big step towards being a pope.”

Father Yvon Pierre, administrator of St. Jerome, said Haiti gaining a cardinal is not the work of one man.

“By creating a new cardinal for Haiti,” he said, “Pope Francis acknowledges the work that is being done by the bishops and priests and the lay people in Haiti, especially after the earthquake.”

Cardinal Langlois is the president of the Conference of Catholic Bishops in Haiti.