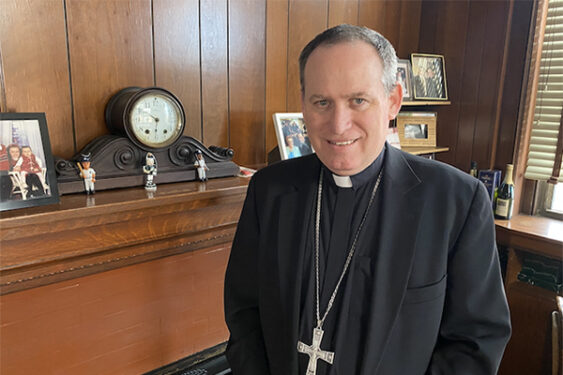 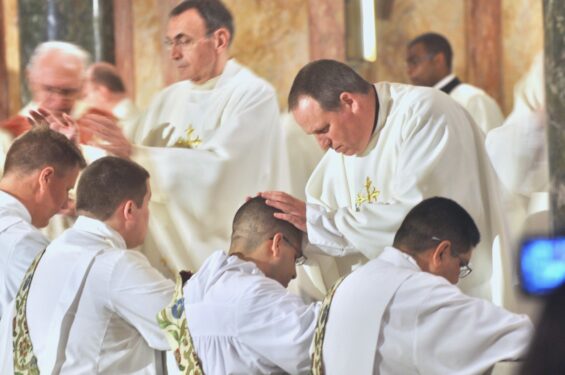 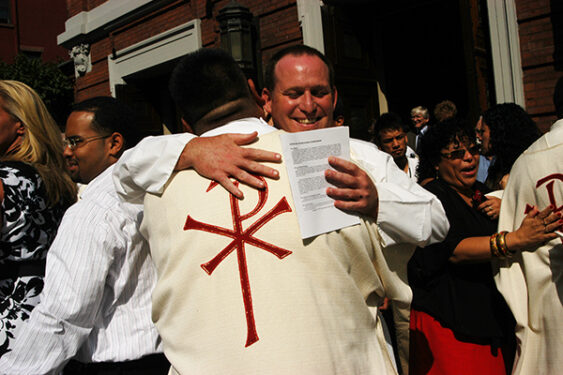 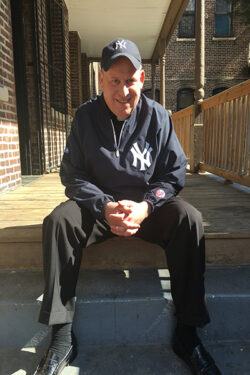 NEW YORK — Pope Francis has named a Brooklyn priest, Father Kevin Sweeney, as the next bishop of Paterson, New Jersey.

Bishop-elect Sweeney, who is 50 years old, currently serves as the pastor of St. Michael’s parish in Sunset Park. He will become the eighth bishop of Paterson, succeeding Bishop Arthur Serratelli, who sent his resignation to Pope Francis last year when he reached the retirement age of 75.

The announcement of Father Sweeney’s new post was made by the Vatican and the apostolic nuncio to the United States, Archbishop Christophe Pierre, on April 15.

Father Sweeney is a native of Queens, New York where he grew up in the Whitestone neighborhood and was a member of St. Luke’s parish. From 1984-1988, he attended Cathedral Prep where he was an all-star player on the baseball team.

In 1997, Bishop Thomas Daily ordained Father Sweeney a priest for the Diocese of Brooklyn. He was assigned as parochial vicar to the parish of St. Nicholas of Tolentine in Jamaica, Queens and then to Our Lady of Sorrows in Corona, Queens.

In 2004, Bishop DiMarzio named Father Sweeney the Vocations Director of the Diocese of Brooklyn.

Upon announcement of his post, Bishop Nicholas DiMarzio congratulated Father Sweeney, highlighting his commitment to fostering vocations to the priesthood.

“I congratulate Bishop-elect Kevin Sweeney for his appointment by the Holy Father to serve Catholics in the Paterson Diocese,” said Bishop DiMarzio in a statement. “I could not think of a better choice. Bishop-elect Sweeney has served the Diocese of Brooklyn for 22 years and is an outstanding example of a parish priest.”

Following his time as vocations’ director, in 2010, he was named pastor of St. Michael’s. Father Sweeney is fluent in Spanish, having studied the language both in the Dominican Republic and Costa Rica.

In an exclusive interview with The Tablet, he highlighted the diversity of his parish in Sunset Park, which he said was home to a vibrant immigrant community. As the son of Irish immigrants, he said that he appreciated their contributions in a particular way.

With a nod to Pope Francis’ call for priests to have the “smell of their sheep,” Bishop-elect Sweeney said he is “so privileged to be a part of this flock, and sharing in their lives, their smells, and their joys and sorrows.” Those sorrows, he said, have been particularly challenging of late for undocumented migrants.

Upon arriving in New Jersey, one of the first challenges he is likely to face is the fallout from the Vatican’s soon-to-be-released report on former cardinal Theodore McCarrick who served in ministry in the state for three decades but was removed from the priesthood last year after he was found guilty of abusing minors and seminarians.

Father Sweeney said that there is a continued need for Church leaders to ask for forgiveness for past failings.

“We’re here to minister to all of our brothers and sisters who are hurting and in pain,” he said, adding that he’s taken inspiration from Bishop DiMarzio who has consistently met with victims, promoted safe environments for children, and been committed to ongoing training for priests and Church employees to identify potential problems.

“We’ve obviously gone through some hard times, but we have a ministry of healing and asking for and seeking forgiveness,” he said. “We can’t just say to someone ‘you have to forgive.’ We have to be there to walk the journey with our brothers and sisters who are hurting.”

Looking ahead, Bishop-elect Sweeney says he’s still trying to process what this appointment will mean for him, telling The Tablet it’s all been a bit dizzying since he first received the call from the apostolic nuncio to the United States, Archbishop Pierre, on March 30.

He said he didn’t answer the call at first because he didn’t recognize the Washington, D.C. number. Father Sweeney said he spoke with Bishop DiMarzio following his call with the nuncio, prayed and slept on it, and called back to formally accept the following day.

For Father Sweeney, who said he’s been discerning his vocation to the priesthood since high school, the decision was straightforward: “We’re not called to say ‘no,’ ” he said.

While no date has been set for his installation, he is expected to begin his service in Paterson later this year.

“My parish here at St. Michael’s needs their pastor right now, and I’m going to do the best I can to continue serving, while at the same time preparing for this time of transition, as well as praying for not only my parishioners but those in Paterson,” he said. “We’ll take it a day at a time in terms of plans going forward.”