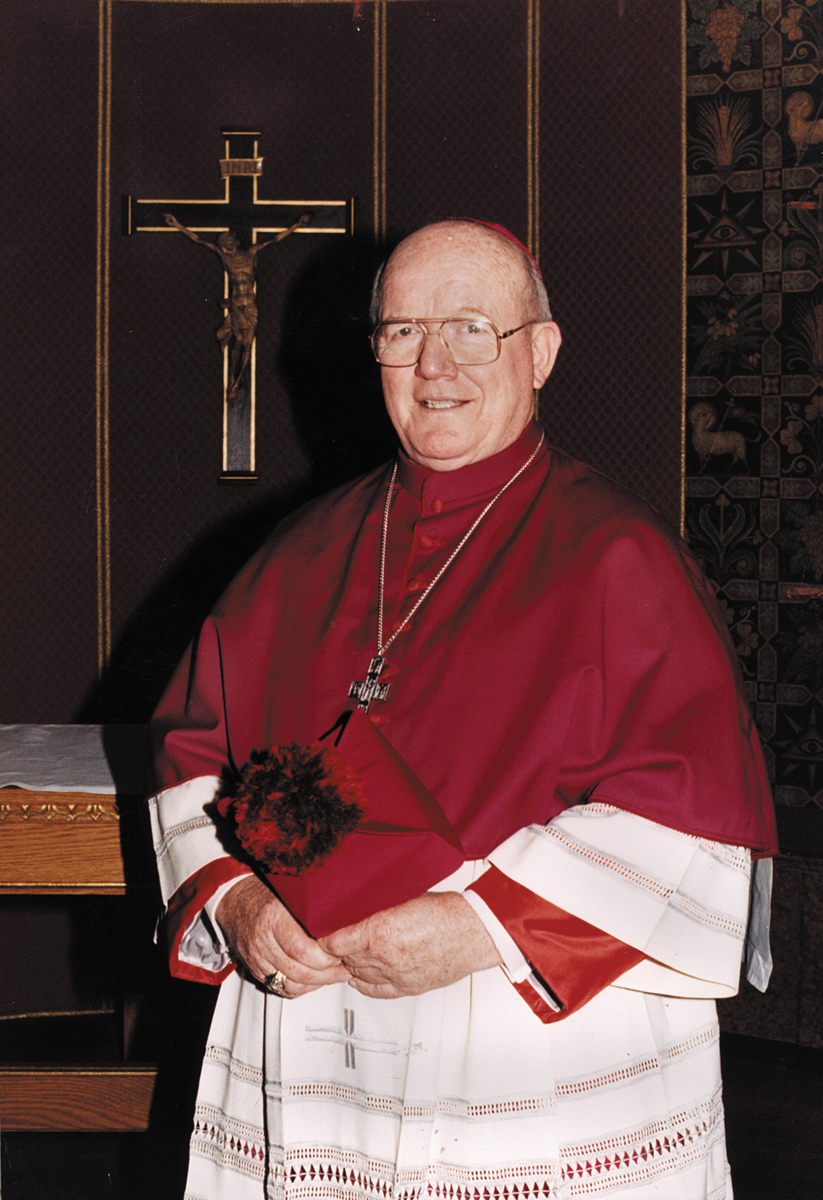 Public viewing at St. James Cathedral-Basilica, Downtown Brooklyn, on Thursday, May 18, starting at 2 p.m. A Mass of Transferral will be celebrated at 7:30 p.m. Public viewing at the Immaculate Conception Center Chapel, Douglaston, on Friday, May 19, 9-11 a.m.

A Mass of Christian Burial will be celebrated 11 a.m. Internment to follow in the bishops’ crypt in Douglaston.

He had been residing for the past 14 years at Bishop Mugavero Residence for retired priests in Douglaston, where he died.

A Mass of Christian Burial was scheduled for the chapel at Immaculate Conception Center, Douglaston, on Friday, May 19, at 11 a.m. Following the liturgy, he will be entombed in the Bishops’ Crypt beneath the main chapel, where the previous five Bishops of Brooklyn are interred.

A public wake was scheduled to be held at St. James Cathedral-Basilica, Downtown Brooklyn, on Thursday, May 18, 2-9 p.m. A Mass of transferal will be celebrated at 7:30 p.m.

“Bishop Daily was a man who personified the Second Vatican Council’s call for a preferential option for the poor,” Bishop Nicholas DiMarzio said. “He ministered to indigenous people amidst poverty in Peru, women in crisis pregnancies, as well as new and often poor immigrants living in Brooklyn.

“He never acted out of malice or to further his own self-interest. At heart he was a missionary. I suspect he wished he could have remained in the missions his entire life,” Bishop DiMarzio added. 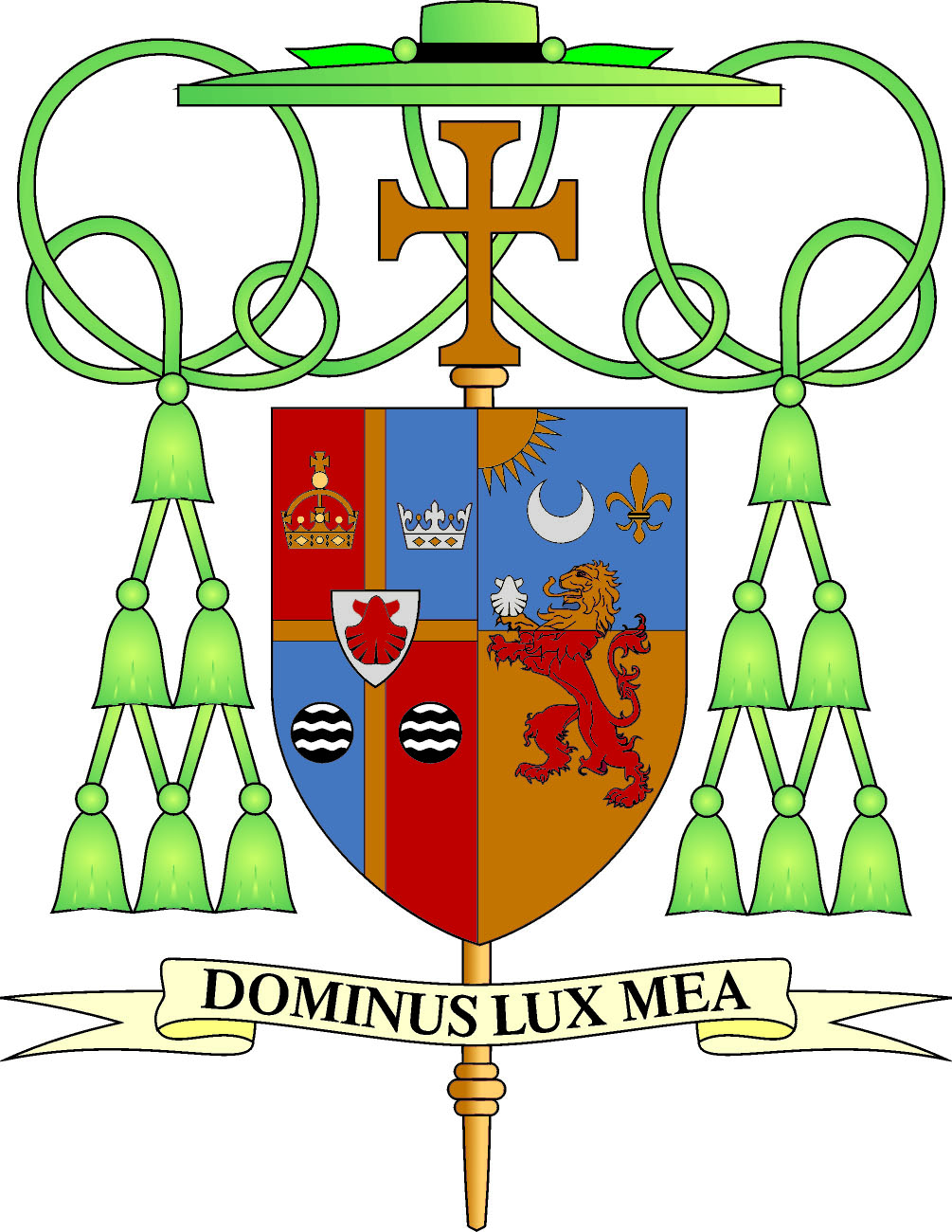 Returning to Boston, he was assigned again at St. Anne’s, Wollaston, Mass., 1965-71, before being named secretary to Boston’s Cardinal Humberto Medeiros, 1971-75.

He was ordained an Auxiliary Bishop of the Archdiocese of Boston on Feb. 11, 1975. His episcopal motto was “Dominus Lux Mea – The Lord Is My Light.”

Almost six years later, on Feb. 20, 1990, he was appointed by Pope John Paul II as the sixth Bishop of Brooklyn, succeeding Bishop Francis J. Mugavero who retired because of age. He took canonical possession of the Brooklyn Diocese on April 16, 1990, at St. James Cathedral-Basilica, Downtown Brooklyn. A public installation was held on April 18, 1990, at Our Lady of Perpetual Help Basilica, Sunset Park.

One of the highlights of Bishop Daily’s tenure in Brooklyn was when he welcomed Pope John Paul II to the Diocese in October, 1995. The Holy Father celebrated Mass at Aqueduct Racetrack, Ozone Park, the only pope to celebrate Mass in this diocese.

Bishop Daily also conducted the Seventh Diocesan Synod,1996-97; instituted the Disciples in Mission evangelization program in 1998; successfully completed the “Alive in Hope” capital campaign with pledges of $80 million; announced a plan for clustering of parishes and an on-going program for clergy renewal and lay formation in 1999; celebrated the Jubilee Year 2000 with a Eucharistic celebration in Arthur Ashe Stadium, Flushing Meadow; marked the 25th anniversary of ordination as a bishop and 10th year as Bishop of Brooklyn, February, 2000; and celebrated his 50th anniversary of ordination to the priesthood, Jan. 10, 2002. 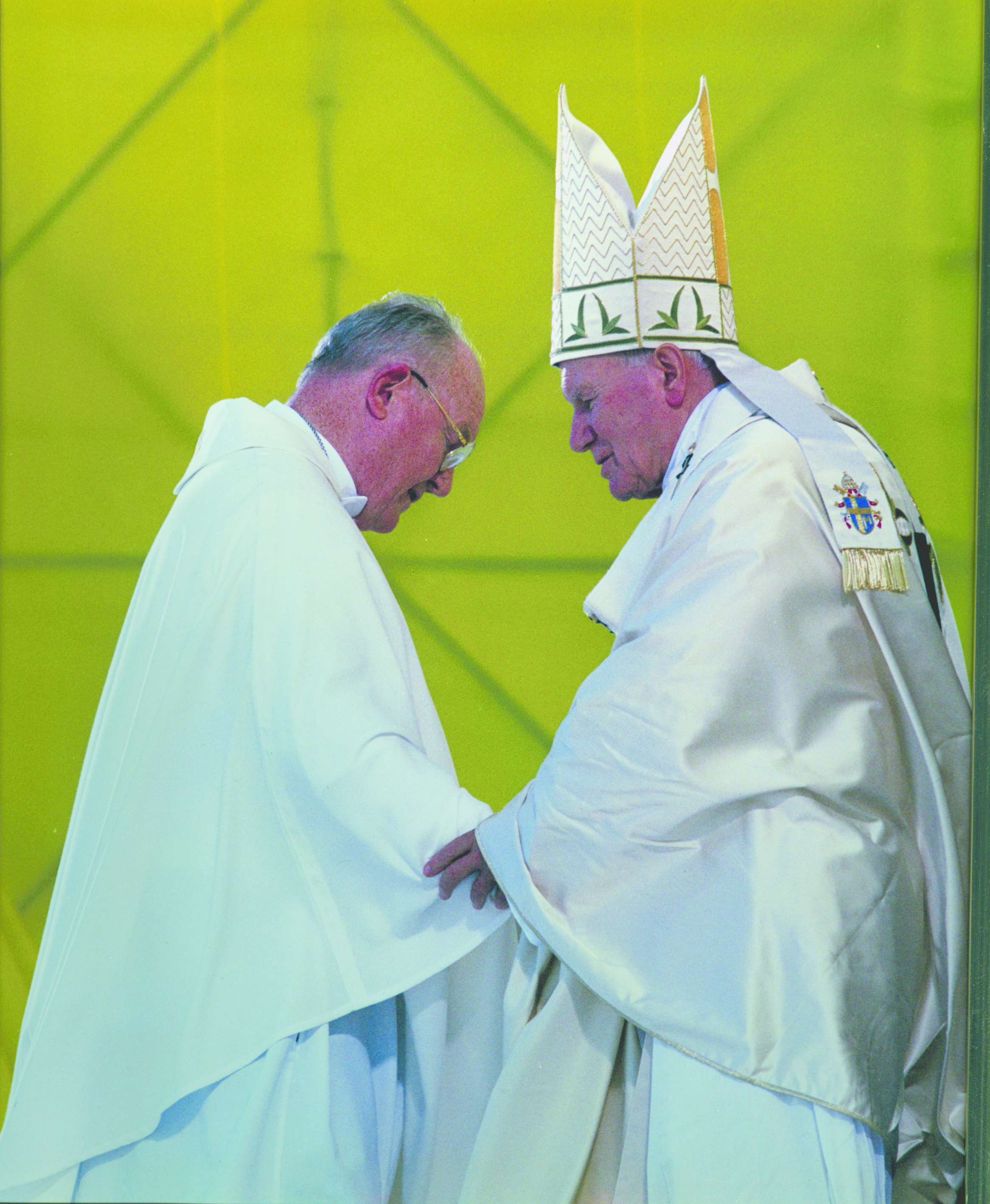