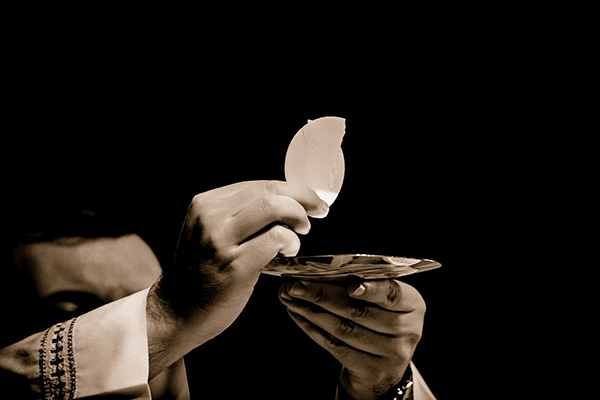 [This is part two of The Tablet’s three-part investigative series into Bishop Joseph Hart, who could become the first U.S. bishop to face criminal prosecution for abuse. To read part one, click here. To read part two, click here.]

They had been unsuccessful for over a decade, but after Bishop Steven Biegler arrived in the diocese and deemed two allegations against Hart as credible and substantiated, the name was finally removed in 2018 as a concrete sign that the diocese was acting on the information of abuse.

For Hart’s victims, who were teenage boys themselves when they claim to have been abused by the once beloved priest and bishop, the move was more than mere symbolism – it was a sign of hope that perhaps Hart could still face some form of earthly justice.

The eyes of the world were on Rome this past February for Pope Francis’s high stakes global summit on clergy sex abuse organized around the themes of responsibility, accountability, and transparency, with the goal of turning a corner on the church’s handling of both abuse and its cover-up.

On the eve of the summit, the Vatican announced that it had removed former cardinal Theodore McCarrick from the clerical state – a move meant to signal to the world that the Holy See took abuse with the utmost seriousness and that not even an all-powerful former archbishop of Washington, D.C. would be exempt from that.

Bishop Accountability co-president Anne Barrett Doyle singled out Bishop Biegler and his taking action on Hart saying “this is what fraternal correction looks like,” adding that Biegler’s handling of Hart offers a model for other bishops to follow.

The family of Martin, one of Hart’s alleged victims, – who describes Bishop Biegler as a “Godsend” – are also frustrated by a system that allowed a man with a long history of abuse to remain in power for five decades and ascend the ranks of church leadership with few efforts to stop him despite nearly two decades of trying to sound the alarm in Cheyenne after he began abusing Martin in the confessional and on camping trips during the late 1970s.

“As great as he’s been, what Bishop Biegler has done shouldn’t be exceptional. He’s just doing the right thing,” Martin told The Tablet. “In a sense, it’s quite terrible that we have to celebrate that.”

In September 2006, former priest Lee Kaspari wrote to Archbishop Charles Chaput, then archbishop of Denver, noting that he had seen in the diocesan paper where the archbishop was attending a Mass for Hart’s 50th anniversary to the priesthood.

In correspondence obtained by The Tablet, Kaspari went on to enclose reports of Hart’s history of abuse from his time in Kansas City.

“As far as I know, no charges have been brought against Bishop Hart,” Archbishop Chaput replied in a letter to Kaspari. “If you know something about this that I do not know, I would appreciate your making me aware of that. Of course, I would need facts.”

According to Hart’s victims, such a response was typical among the majority of church leaders when they tried to make their case against Hart.

In Kansas City, despite shelling out nearly $20 million dollars in settlements related to Hart, Bishop Robert Finn – who was forced to resign in 2015 over his mishandling of abuse cases – failed to deem the Hart cases credible, as had the two bishops before him who were made aware of allegations against Hart.

When Bishop James Johnston, who succeeded Finn in 2015, arrived, he began to meet with Susie McClernon – whose three brothers had been abused by Hart during his years as a Kansas City priest – to better understand the situation. McClernon is the only one of her siblings to remain Catholic.

After meeting with McClernon, reviewing Hart’s files, and seeking further information from the diocese of Cheyenne, he had his communications director call the local paper, the Kansas City Star, last August and ask that, going forward, that they please note that the diocese deems the allegations to be credible.

“We urge all survivors to come forward with any allegations of clergy sexual abuse,” Bishop Johnston told The Tablet. “Our goal is to play a part in helping to restore people who have experienced this evil with help.”

“Bishop Johnston has taken every single one of my phone calls,” McClernon told The Tablet. “Knowing that he believes us has been its own form of healing.”

With Bishop Johnston’s handling of the situation in Kansas City and Bishop Biegler’s response in Cheyenne, Hart’s survivors and their family members are cautiously optimistic that after decades of ignoring their stories, the church is finally beginning to listen.

For too long, says Bishop Biegler, abuse victims have been seen as “outsiders.”

“That is changing, but we still need to grow in our relationship with victims,” he told The Tablet. “They are the least among us who ought to be at the center of our attention and given a privileged place. We are a long way from doing that.”

On August 14, Cheyenne’s Police Department announced that after a year-long investigation, they were recommending charges to be brought against a member of the Wyoming clergy for abuse during the 1970s and 1980s.

While Wyoming law prevents the suspects from being identified, the department said their investigation “stems from a case initiated in 2002 that was reopened in 2018 when new information was produced and provided to the Cheyenne Police Department by an independent investigation conducted by the Wyoming Diocese of the Catholic Church.”

The subject of that 2002 investigation was Joseph Hart and his actions against Martin.

Hart’s attorney, Tom Jubin, did not respond to The Tablet multiple attempts for comment, and Martin’s family in Cheyenne is still awaiting news as to whether a local prosecutor will make the historic decision of becoming the first ever to charge a U.S. bishop of sexual abuse.

Along with the criminal investigations, Hart’s canonical penal process is underway and Vatican spokesman Matteo Bruni told The Tablet that it is “still ongoing.”

Given that the alleged abuse of at least two victims – one in Kansas City and one in Cheyenne – took place in the confessional, the moral seriousness of the crime, canonically, means that if found guilty, Hart would almost certainly be removed from the clerical state.

On September 26 of next month, Hart will turn 88. Despite reports of him regularly traveling about town, the lifelong smoker is on oxygen and both church and civil officials know that the clock is ticking.

As Hart faces looming criminal and canonical punishment, church observers are preparing for continued fallout from what has proven to be one of the most devastating years in the United States’s history of confronting the clergy abuse crisis, but they also say it signifies some hope of reform.

Kurt Martens, a professor of Canon Law at The Catholic University of America, told The Tablet the fact that he could be stripped of his title of bishop and laicized if found guilty, is especially significant given that earlier this year the Vatican took the rare step of removing former cardinal Theodore McCarrick from the priesthood.

“If Hart is dismissed from the clerical state in the same year as McCarrick, that would be highly exceptional and almost historic,” said Martens.

Russell Shaw, former secretary of public affairs for the U.S. bishops, said the Hart case represents both the hope and the pain of the current state of the U.S. Church.

“In the short term it would be one more gut punch to the morale of American Catholics, but in the long run, it’s part of the purification process which the Church has been going through and has to go through,” Shaw told The Tablet.

For Hart’s victims and their families, this movement on both fronts is a welcome sign of relief – though they are anxious that officials in both Cheyenne and Rome might not act before Hart dies.

Despite potential criminal charges, Martin told The Tablet that he has no desire to see Hart spend his last days in jail.

“That would be too easy,” said Kathy Donegan, whose three brothers, Darrel, Mike, and Kevin Hunter, faced varying degrees of abuse by Hart.

“I’d like for him to live another decade to have to feel the weight and shame of this,” she said.

“For years and years, people didn’t believe us,” Donegan told The Tablet, “but more and more have started to believe us now,” she said.

While she’s managed to shield herself from anything that reminds her of the man, she still keeps a sign on her walls that Hart gave her when she was married.

“Peace to all who enter here,” the sign reads.

“I’ve thought about throwing it away over the years, but I’ve got to remember that I’m the one who needs to have peace,” she said.

Helping victims find that peace has become one of the top priorities for Bishop Biegler, who has recently helped start the “Shalom fund” in the diocese to help provide money to offset some of the costs involved with therapy treatments for all those victims of sexual abuse – including, but not limited to, those abused by members of the Catholic clergy.

Bishop Biegler, too, is eager for Rome to send down word of their decision.

“I hope that they will come to final determination soon,” he told The Tablet. “This is crucial to address the lingering injustice towards victims and ever deepening scandal that has plagued this local church for too many years.”

“This is necessary for the victims who brought allegations, Bishop Hart, the clergy and laity of the Diocese of Cheyenne and the Diocese of Kansas City – St. Joseph.”

The newly established Vatican guidelines for bishop accountability, Vos Estis Lux Mudi, are progress, Bishop Biegler believes, but he thinks that the U.S. Church must also undergo a cultural shift to root out the evil of abuse.

“Much work remains to be done with our behavior and attitude. The norms were necessary because of bad behavior,” he told Crux. “Pope Francis was perceptive when he said that clericalism is an underlying cause.”

“Clericalism among the clergy is still alive and well,” he continued. “It was clericalism that provided the atmosphere in which bishops favored priests who abused, while not attending properly to victims.”

Martin couldn’t agree more, telling The Tablet that what he wants most for Hart is transparency from the same church that prevented it.

“I want him to face a reckoning from the very institution that protected him all these years.”