People of faith came together in Bedford-Stuyvesant to pray for peace and reconciliation in their communities, across the nation and around the world last Saturday, Sept. 6.

Lingering summer heat did not deter dozens from filling the pews of St. Peter Claver Church as Bishop Nicholas DiMarzio presided over an ecumenical service for peace and reconciliation.

“We come today to pray together that the evil of racism can be taken first of all from our own hearts and then the hearts of society,” Bishop DiMarzio said as he welcomed attendees.

Explaining that solidarity is key for overcoming racism as well as discrimination and violence, the bishop told the faithful, “We have to recognize we’re all brothers and sisters.”

As brothers and sisters, people of various faith traditions stood side by side for Scripture readings, hymns and candlelight prayers.

Organized by Msgr. Paul Jervis, pastor of St. Martin de Porres parish, Bedford-Stuyvesant, in the wake of the deaths of Michael Brown and Eric Garner and the escalating crises in the Middle East, Israel and Nigeria, the service was held in anticipation of the Sept. 9 feast of St. Peter Claver.

Taking the pulpit, Rev. Jones spoke about his ministry in Crown Heights, where he is equally likely to counsel gang members as he is to counsel the families of those lost to street violence.

A member of the Brooklyn Clergy NYPD Task Force, Rev. Jones said gang members and drug dealers don’t want to live the lives they lead. They need to be shown another way.

“It’s time for you and I to make a difference,” he said.

Reminding the faithful that prayer can destroy any stronghold, he challenged attendees to pray, to smile at their neighbors and to teach young people that they have value because God gave them life.

“In the midst of all that we see, God is wondering if there’s somebody, if there’s just one somebody who would care to stand up and accept the challenge and say ‘I’ll be the difference maker,’” he said.

A prayer for light followed with each participant receiving a candle. Starting with the clergy, the flame spread from person to person.

Looking upon the illuminated faces in the congregation, Msgr. Jervis said that each candle should be a reminder that “in the darkness of hatred and violence, we are called to be a light – the light of Christ.”

Clergy, religious and laypeople then led reflections and prayers for an end to all kinds of violence in all corners of the world. A prayer was also offered in Spanish for immigrants fleeing violence in their homelands.

Violet Chandler spoke about the night a college student from St. Peter Claver parish was shot outside her home. Police dismissed him as a drug dealer or gang member. After she pointed out the calculus textbook next to his body, they found a blanket to cover him.

As the candles were doused, Msgr. Jervis asked people to continue to carry that light of faith and hope into their homes and communities.

He shared the example of two men who shined their light and worked to eliminate the darkness of discrimination – St. Peter Claver, the parish patron, and Servant of God Msgr. Bernard J. Quinn, founding pastor of St. Peter Claver Church.

Turning to the congregation, he said, “Brothers and sisters, we were asked the question ‘Who shall I send?’ and of course, the answer is me, it’s us.”

Mary Bostic from St. Joseph Co-Cathedral, Prospect Heights, was moved by service and the personal experiences people shared. She felt it “brought the message closer to home.”

“I came to pray for our community because we need peace,” she said. “We need solidarity, peace and unity.”

As a sign of unity, clergy and laity joined hands and sang “We Shall Overcome” at the close of the service.

Parishioner Balfour Thompson Jr. said the gathering was “a really good way to honor people that have died unnecessarily.

“Look at Ferguson and Staten Island. You can even look at Israel and Palestine. It’s all based on differences,” the 22-year-old said. “I think that (love) is the only way to end the violence.”

When asked how he would respond to Rev. Jones’ challenge, he said, “Smile and spread love. It’s a simple thing to do.”

“We have to understand we’re all connected in this world,” said parishioner Stanley Davis. “When you hurt one person, you’re hurting all people.

“We need reconciliation. We need to understand that we can’t hate (someone) and say we love (Jesus) at the same time.

“Once we get that lesson, we’re going to draw closer to the day that Jesus returns,” he said. 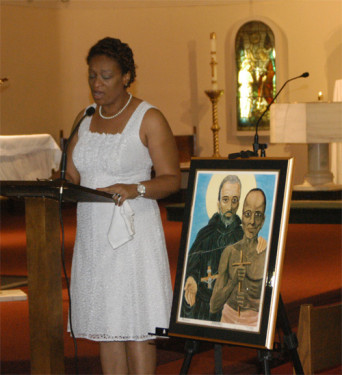 Prayers for Peace and Reconciliation drew dozens to Bed-Stuy Sept. 6. 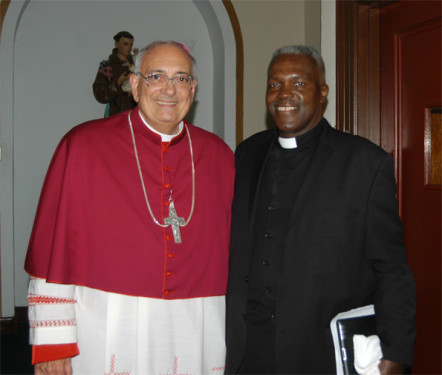 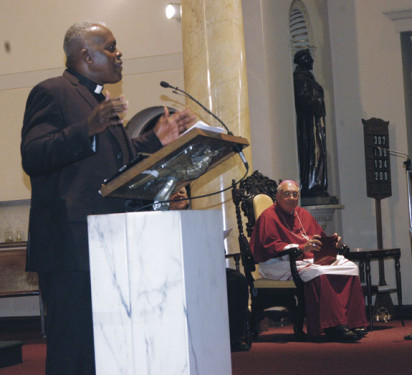 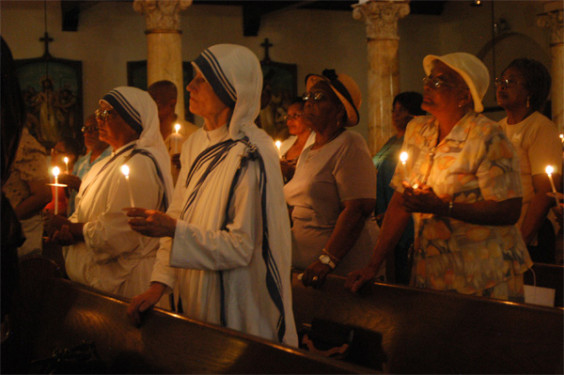 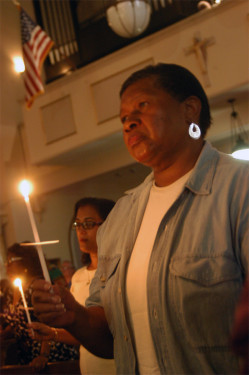 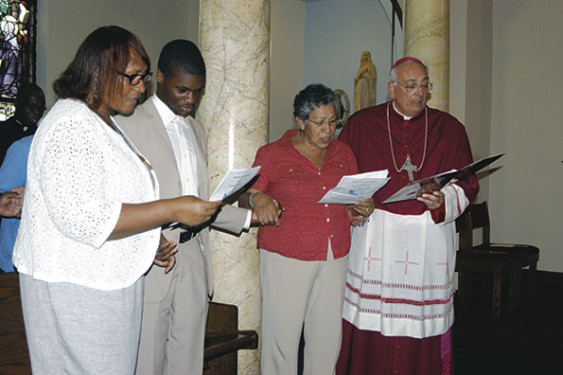 Everyone joined hands to sing "We Shall Overcome" 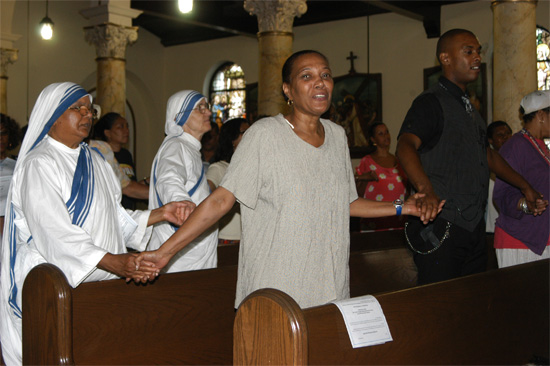 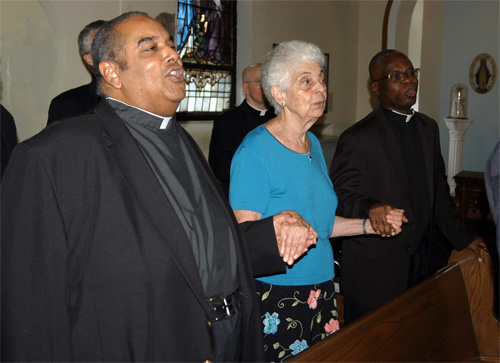 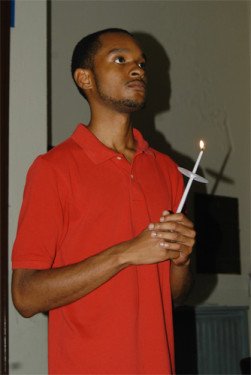 Balfour Thompson stands ready to share his light in the world