Local artists, professional and amateur alike, were invited to display their talents in accordance with this year’s theme: “Let Our Praise Arise.”

Children of the parish also participated through a competition that included a cash prize. The children’s competition focuses on a different saint every year. This year it was St. Josephine Bakhita.

Josephine Margaret Bakhita was born around the year 1869 in Olgossa, a village in the Darfur region of Sudan, Africa.

She was kidnapped by Arab slave traders. During her time as a slave, she was bought and sold many times, enduring extreme cruelty and violence.

Twelve years later, when one of her masters traveled, St. Josephine Bakhita was placed in the care of the Canossian Sisters of Venice in Italy, where she began to learn about God and the Catholic faith. 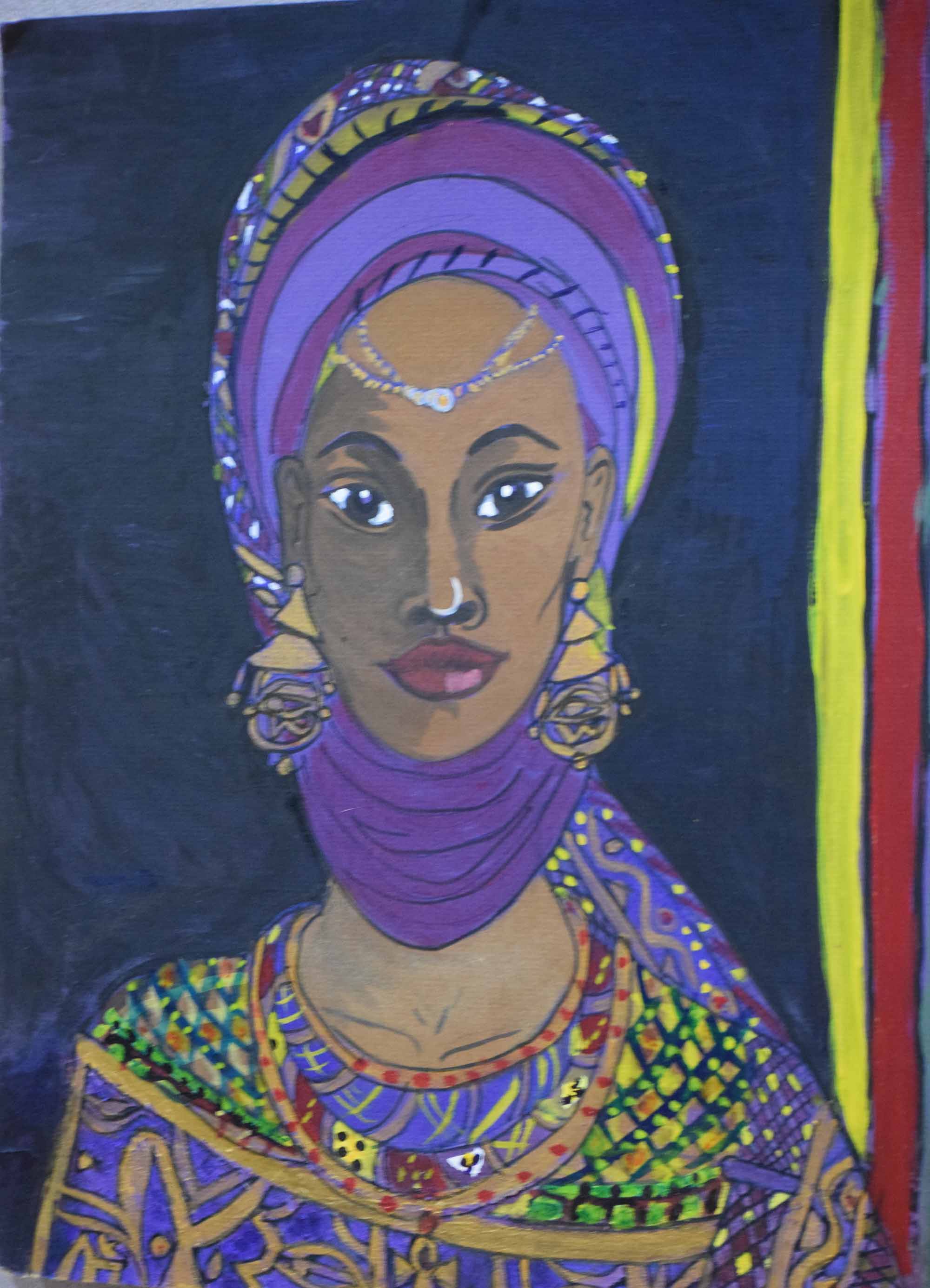 When her master returned, she refused to leave. The Canossian Sisters went to the local authorities who declared the woman free.

Giusseppe Sarto, the Cardinal Patriarch of Venice, later known as Pope Pius X, officially initiated the future saint into the Catholic Church through the sacraments.

St. Josephine Bakhita took her final vows on December 8, 1896 with the Canossian Daughters of Charity.

Among her most noted acts was thanking her kidnappers because they were the ones who put her on the path to God.

When bombs fell on the village of Schio during World War II, the people looked to her as their protector. Not one person of the village died. St.  Josephine Bakhita is the patron saint of Sudan. Her feast day is Feb. 8.

A kindergarten student from St. Peter Claver, Kayden-Masai Blackman, won the youth art contest and drew his home and wrote a poem. It said: “Saint Josephine grew up happy and had a mommy and daddy who loved her. This is to help her remember happy times. I think she would be happy in my house too. We get lots of gifts and could share them with her. I love you Saint Josephine!”