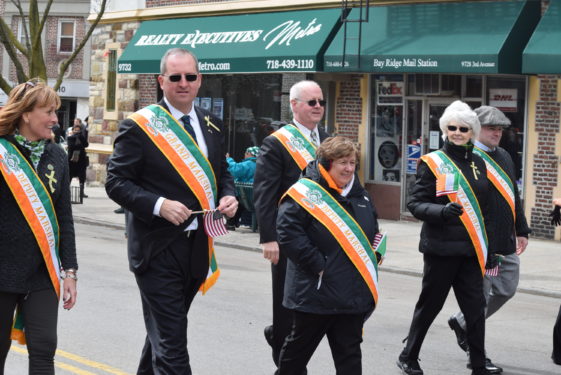 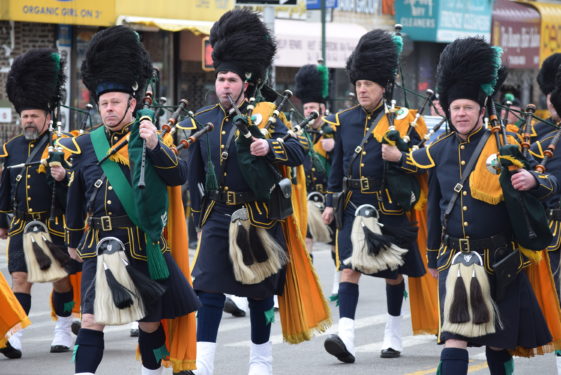 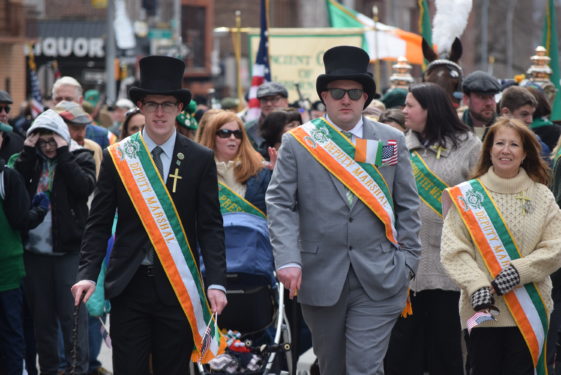 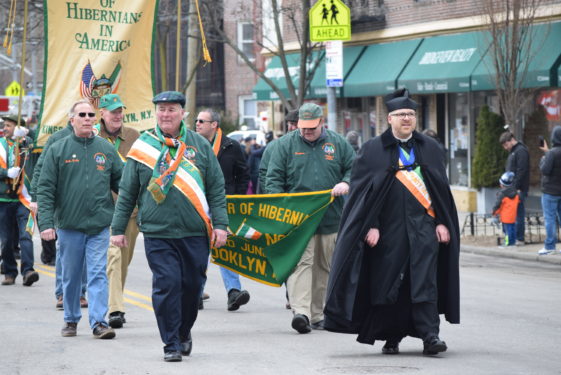 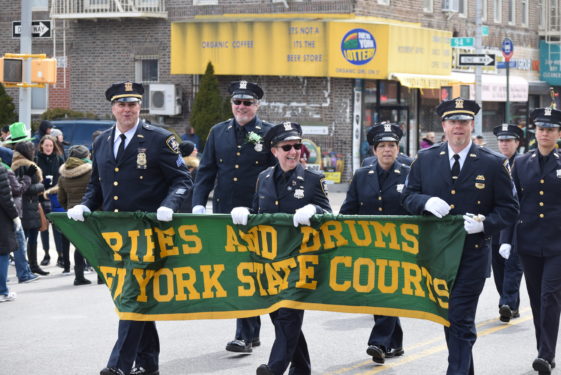 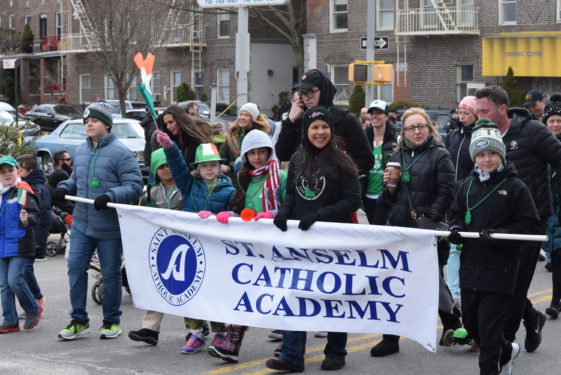 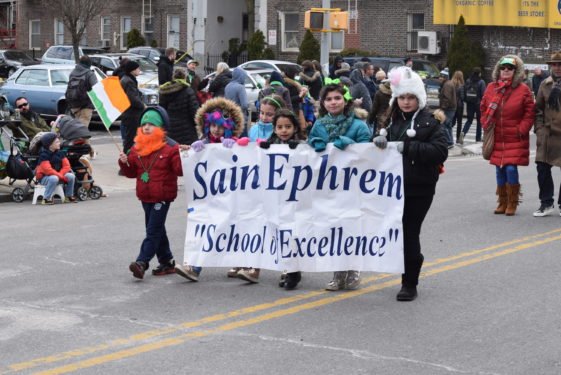 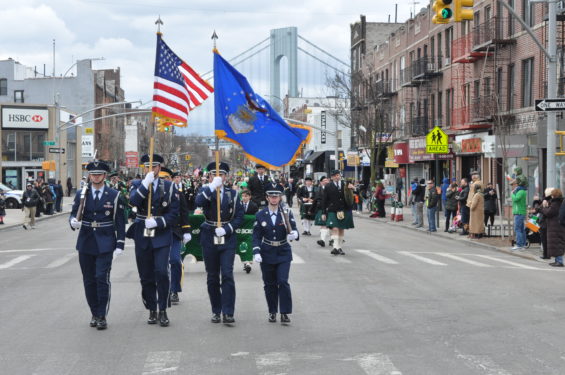 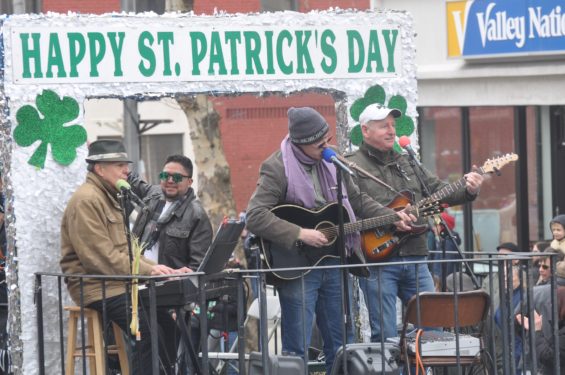 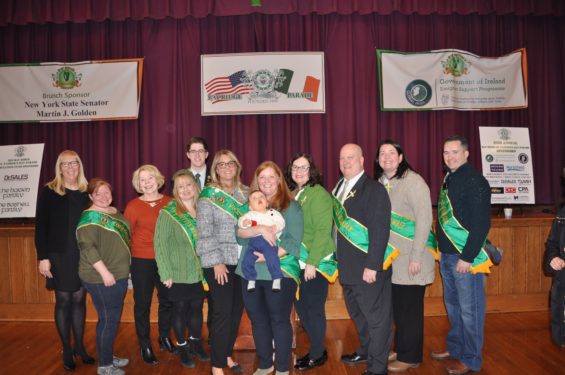 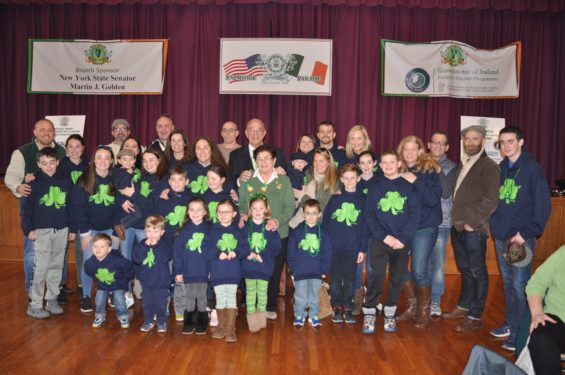 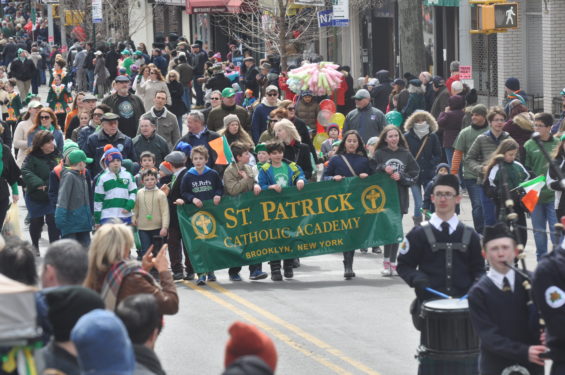 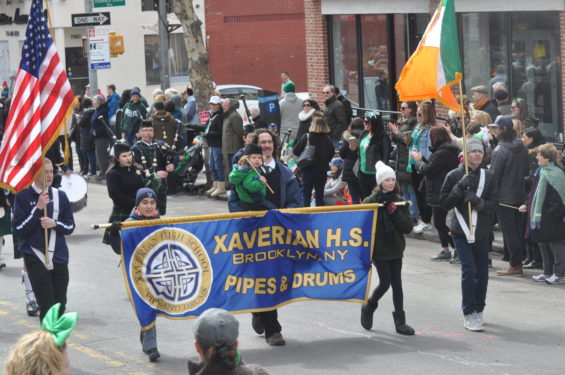 Mass at St. Patrick’s Church began the day as the pastor, Msgr. Michael Hardiman, blessed both palm branches and bagpipers. He also thanked the committee for its hard work and welcomed Grand Marshal Martin Cottingham, director of the Great Irish Fair, as well as the new commander of the 68th Precinct, Captain Robert Conwell, and Fort Hamilton’s Commander Officer, Colonel Peter Sicoli.

The Long Family, headed by Mike and Eileen Long, their nine children and many grandchildren were honored as the Irish Family of the Year.

Linda Gallagher, parade committee president, knows how special the 25th anniversary is to so many people.

“Celebrating the 25th year and seeing all the hard work the committee has done, it is amazing to see the day is finally here,” she said. “I am very excited to see this crowd and see so many young people who will be the next generation of keeping their Irish pride and keeping this parade going.

“This day means so much to a lot of people and when you see how special it is, you realize all the work is worth it and we can’t wait to start working for next year.”

Cottingham felt honored to be recognized as grand marshal. “It is such a tremendous honor,” said the parishioner of Holy Name, Windsor Terrace.

“Bagpipes and Our Lady of Knock, what more do you need? It’s a beautiful day and it is such an honor to even be recognized. The committee does so much work to get us to this day and that day is finally here and I couldn’t be happier to be a part of it.”

Eileen Harrington of County Cork and a Bay Ridge resident for over 30 years wasn’t missing the parade this year.

“I was at the very first one and even though I may have moved I still come back to see this,” she explained.

“It is such an amazing day and gets better every year. It is great to see old friends but also to see how the neighborhood is changing, yet the Irish roots are still part of the backbone of the community.”