Six busloads of pilgrims from St. Finbar Church, Bath Beach, including four buses of children from the religious education program, arrived May 7 at St. James Cathedral-Basilica, Downtown Brooklyn, to pay a visit to the Holy Door that commemorates the Jubilee Year of Mercy.

Father Peter Purpura, the cathedral’s rector, welcomed the children and adults in front of the doors and explained their significance. They are one of six holy doors in the diocese especially designated by the pope to offer a plenary indulgence to those who pass through, say confession, receive communion and pray for the pope’s intentions.

“It felt special,” walking through the doors, said Donna Desiena, first grade religious education teacher. “It felt like I was being embraced.”

“Every so often the Church chooses a year to focus on understanding one aspect of our faith,” Father Purpura told the roughly 200 pilgrims after they walked into the church. This Year of Mercy was designated “so that we may have a greater understanding of God’s love and mercy.”

He also suggested to the pilgrims that if they do not know where to start, they should look into the corporal and spiritual works of mercy.

Father Michael Gelfant, pastor of St. Finbar, said he wanted to bring the group to the cathedral because of the historic significance of the “mother church of Long Island.” He explained that it is out of St. James that all other churches in Brooklyn, Queens and the rest of Long Island sprang forth.

“I particularly like this church,” he said. “It is here that I lied down on the floor and when I got up the bishop ordained me a priest.”

Father Gelfant said it was particularly important to encourage the children of the religious education program to attend because they would most likely not have another chance to walk through the doors. He also said it forces them out of their comfort zone, making them more alert and perceptive to new messages.

“It helps them see that the Church is bigger than just their neighborhood,” said Deacon Anthony Favale, director of religious education for St. Finbar.

After the talk, the group from St. Finbar joined St. James Cathedral parishioners for the regularly scheduled 5 p.m. Mass.

“It feels good that we are able to pray,” said St. Finbar Confirmation candidate Neida Paxtor. “It is special here because we are able to walk through the Holy Doors.”

Yoanna Cohetero-Meza, also a Confirmation candidate, said the pilgrimage was special to her because she was able to spend time with her classmates, who she most likely will not get much of a chance to see after confirmation. She also liked learning about the history of the cathedral.

“It’s small, but it has great details,” she said.

She was particularly struck by the words inscribed over the altar: “In Finem Dilexit Eos,” which means, “He loved them to the end.”

“He still forgives us after all that we did to Jesus,” she said. “The Year of Mercy is a year to forgive people and to be reborn in confession.” 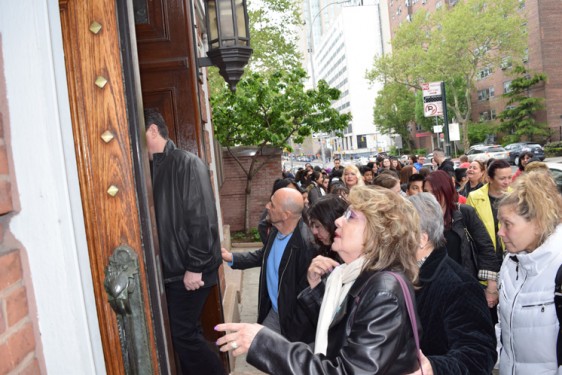 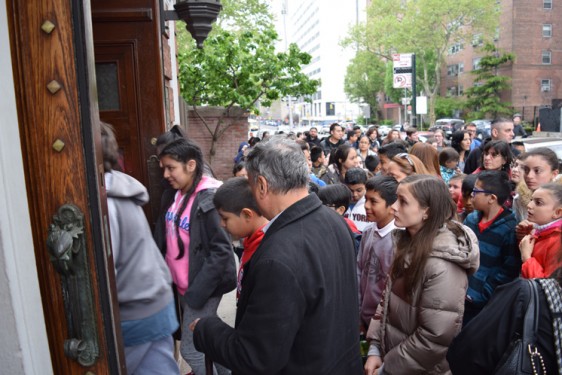 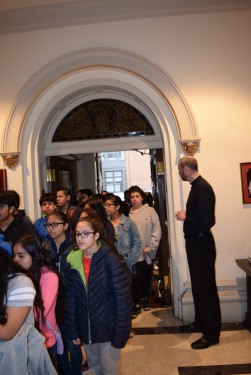 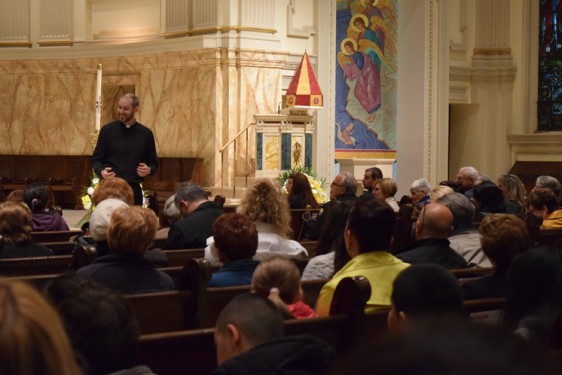 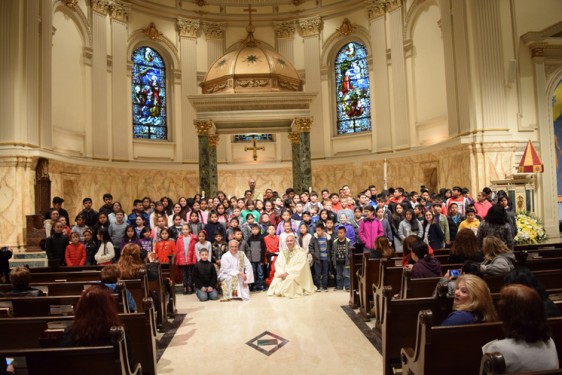 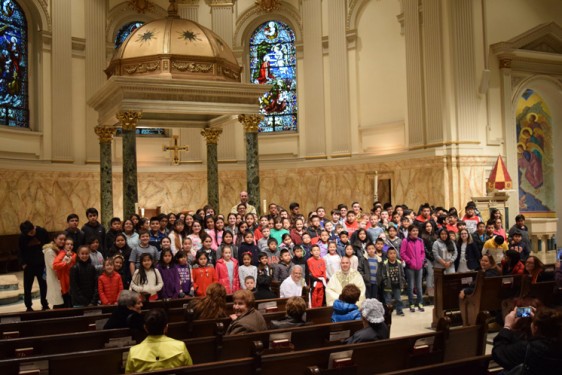 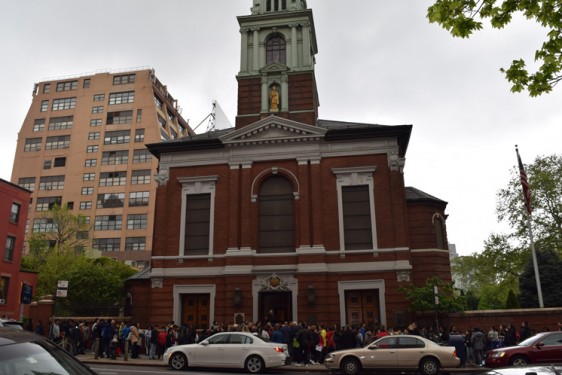