By Jorge I. Domínguez

When you get out of the airport terminal in Brownsville, Texas, you immediately realize you won’t need a hair dryer. It is 98 degrees and windy. Waiting for your Uber outside is like being trapped behind the turbine of a plane.

The car arrives. It is banged up and smelly, but Maria, the driver, is probably the most knowledgeable driver in Rio Grande Valley. On our way to McAllen, she takes us to two of the detention centers where they keep undocumented children. The first building used to be a Walmart store and the second was a clinic. The doors are closed and the only people you see outside are the guards.

It could be a metaphor of the whole situation: Everybody knows there is a crisis, many people are afraid of the consequences and nobody seems to know the actual details or possible solutions for the problem.

While the separation of families is the issue on the front cover of the newspapers, there is another drama taking place in these towns near the border. For many years, people on both sides of the border formed a large interconnected community. Close to 85 percent of the McAllen population is Hispanic and there are many families that have lived here for decades without proper documents.

Maria, who was born in the U.S., told us that she goes with her friends to the beach on the Mexican side because the water is nicer there. And she visits her relatives in Progreso or Matamoros regularly. Later, the young clerk at the hotel would tell us that she buys her medicines and creams in Mexico because they are cheaper there. “Everybody does it,” she says.

But things are changing. The violence on the Mexican side has increased exponentially during the last years due to the increasing presence of drug cartels fighting for territory. And now crossing the border to come back home has become a hassle for American citizens and a much tougher barrier for Mexicans trying to come to the United States seeking asylum or looking for work as undocumented immigrants. 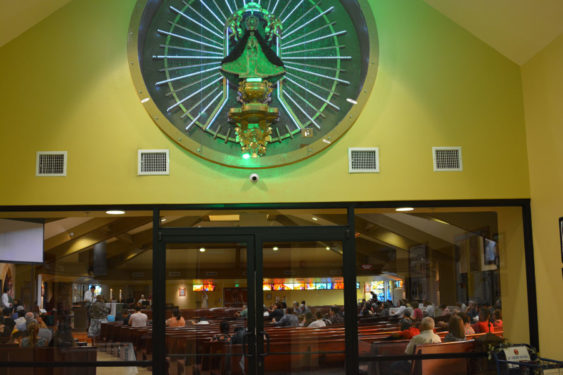 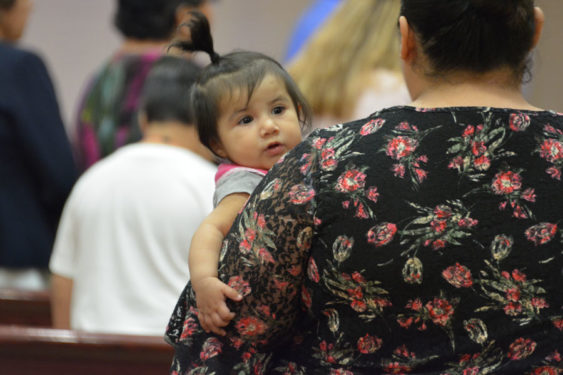 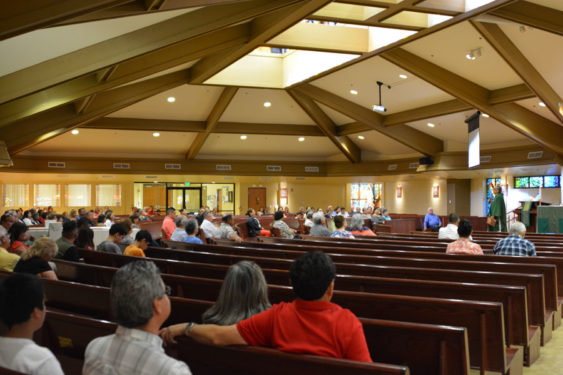 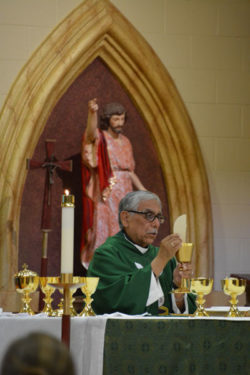 There Is a Christian Answer

On Saturday afternoon we went to Mass at St. John the Baptist, a parish in San Juan, 10 miles away from the Mexican border. It is a solid, modern building. The previous church was destroyed in 1970 when a small, low flying plane crashed into the building during a Mass concelebrated by 50 priests and setting the building on fire.

In his homily, the pastor, Father Alfonso Guevara, talked about the recent floods, the immigration crisis and the shooting at the Capital Gazette offices in Baltimore, Md. For all the challenges life throws at us, he said, there is a Christian answer.

In a conversation before the Mass, Father Guevara explained how the immigration crisis is affecting his parish. The crisis on the border has changed the lives of many of his long-time parishioners.

“There is fear. Among our parishioners I don’t know how many don’t have documents. But they are working, they have all kinds of businesses, they pay for their homes, they have cars and so on. Now they have to drive without a license because the State of Texas and the immigration laws have required citizenship proof and all that,” he says.

“Yesterday one of my friends called me and she was scared stiff because a friend of her telephoned her and said they were setting up checkpoints in the city, in McAllen. Some people are establishing networks to warn each other. This is in the city! And those are the tensions we are dealing with. So we can relate with the families that have been separated from their children very easily. This is an ongoing nightmare that we are going through and it is something hideous.”

Asked if he has seen any of those checkpoints, Father Guevara points out that he has not – and nobody he knows has seen them either. But the mere rumor, he says, produces suffering and fear among many families.

“I know people who have been living here for years and now are afraid to go to pick up their children at the end of the school day,” he says.

“We tell them, ‘Do not sign anything. If they stop you or arrest you because you don’t have papers, don’t sign anything.’ Because people have a right to representation and even that is being challenged by the administration.”

David Jackson moved from Chicago to the south of Texas years ago and is a parishioner at St. John the Baptist. He has participated in protests in front of the detention centers.

“It troubles me that people are getting the wrong impression. The Valley is a safe place. The people who are really living in fear are some undocumented immigrants that have been living here as many as 30 years and they are very much concerned about deportation,” he says.

Talking about the present wave of undocumented immigrants, he said that “they are not criminals, there may be a few that come that are criminals, but those who go through the bridge asking for asylum are people fearing for their lives.”

Martha Hernández, a parishioner of Mexican background, was born in the American side of the Valley.

“It is sad that they are being separated,” she says. “All they want is asylum. Obviously, they have given up a lot to come with their children, and then to separate them like criminals…? These mothers and fathers are willing to travel so far with their children to look for a better place, a better life for them.”

After the Mass we get in the car and ask our driver, Concepcion, about the crisis. She was born in America. Her parents came from Mexico many years ago. She says that while the separation of families is a cruel method, it is necessary.

According to her sources – a friend who is a retired Border Patrol agent – some of the children are being brought to the United States by people who are not their parents. They are actually smugglers or members of human traffickers, Concepcion says, and the U.S. authorities need to make sure that each child is really traveling with their real families.

But the question in many people’s mind is how to enforce the immigration laws and protect the border while treating every person as a human being.

“I get it, I understand that we have laws,” Hernandez said, “but I think the separation is the hardest part. They are not criminals. I put myself in their place –how would my children react? How would I react as a mother? They are seeking asylum, let’s hear them out. They came here for a reason. They have to have a valid, valid reason to put their lives, their children’s lives in danger. They shouldn’t be treated as criminals.”