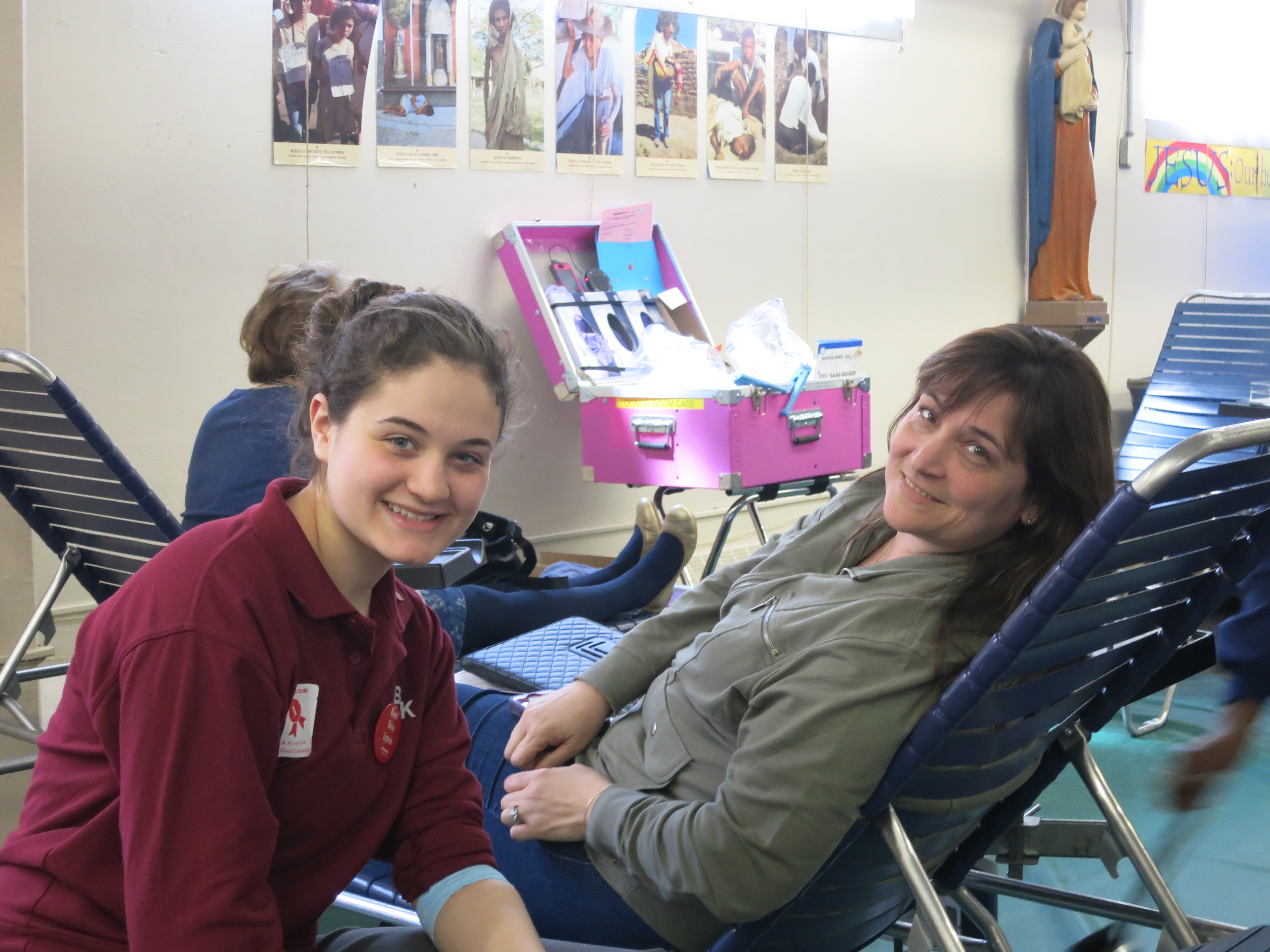 Seniors may have been working all year on getting ready to be legal adults, but that does not mean they did not want their parents’ help to make the world a better place.

Nicolette Conti, senior, donated part of herself – her blood – to help save lives through the New York Blood Center. Knowing that there is an ever-present blood shortage, Conti brought her mother along to double the donation.

In total, the Kearney school community collected 60 pints of blood. Instead of taking the blood to be separated in a laboratory, four donors were able to use the Alyx machine, which spun their blood, separating the plasma from the red blood cells.

The plasma was then injected back into the donors and the red blood cells were stored to be used immediately.

Two seniors from Xaverian H.S., Bay Ridge, will be serving their country through military service after high school.

Patrick Coen will go on to the U.S. Naval Academy.

“I was pretty excited when I learned that I had been accepted to the Naval Academy,” Coen said. “It’s a pretty cool honor. It was the end of a long process, so it was nice to see a successful culmination of all the hard work that went into the application. It’s definitely a different kind of college experience, and I think I would enjoy the challenge. I think I’d really like the opportunity to become an officer once I graduate.”

“Ever since I was younger I’ve always wanted to join the Coast Guard,” he said. “Last year when I found out a lot more about it, that’s when it clicked that it was the place I really wanted to be. I was very excited when I found out I had been accepted to the Coast Guard Academy. My mom and I were in tears for like an hour straight. It was exciting when I got the call … it’s like the best call I’ve ever gotten in my life.” 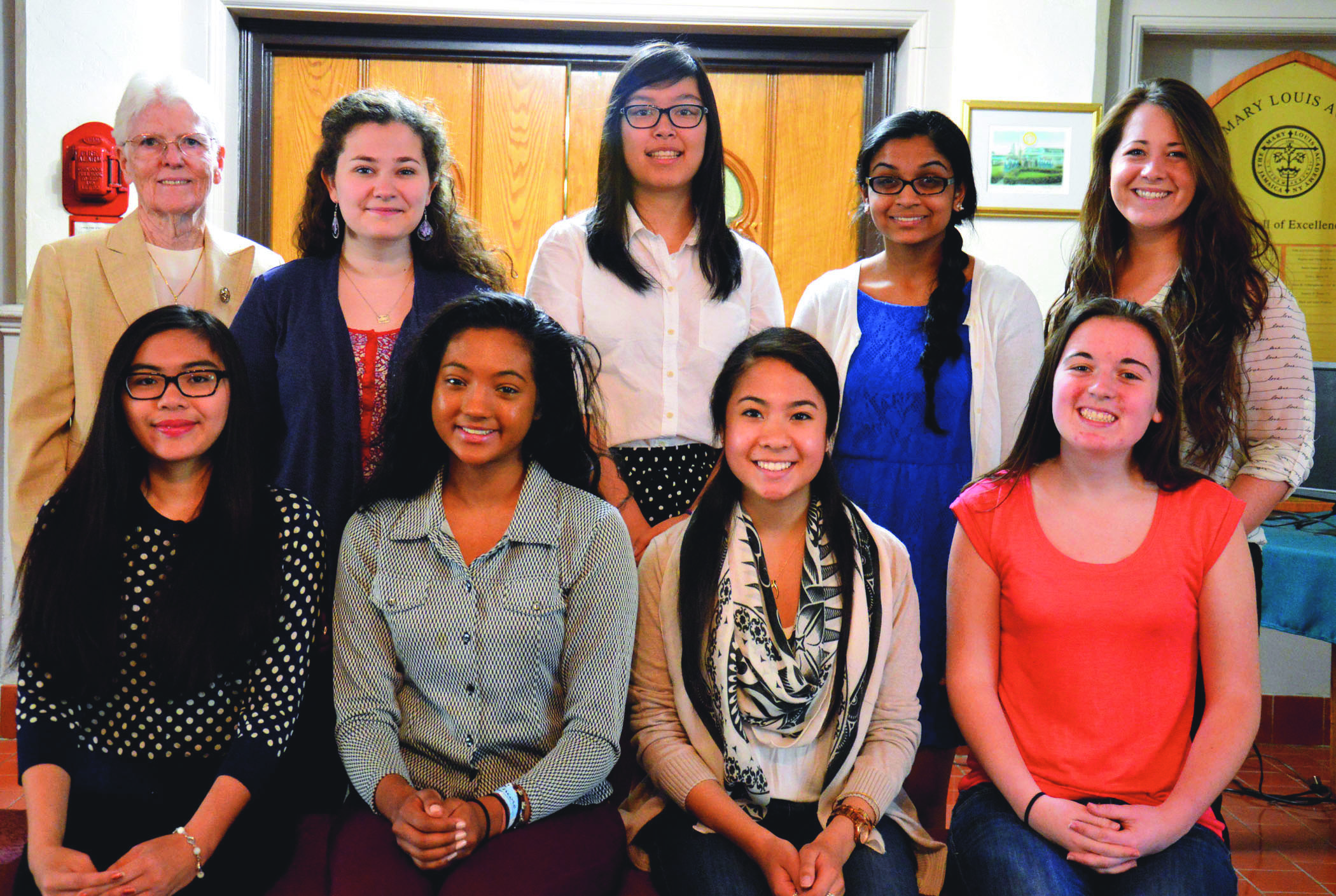 Five seniors from The Mary Louis Academy (TMLA), Jamaica Estates, have been announced as recipients of the 2014 Scholarship for Academic Excellence Award.

These are money awards which grant the winning student $500 to $1500 per year, awarded by the State Education Department of the University of the State of New York. These awards were formerly known as the N.Y. State Regents Scholarships.

In total, 8,000 of these awards are distributed across N.Y. State. Two thousand represent a value of $1,500, and 6,000 represent a value of $500. Students are advised that the funds are for application toward costs at New York State colleges or universities. The scholarships are awarded tentatively, pending appropriation of state funds during the 2014 session of the New York State Legislature.

TMLA’s Class of 2014 has been awarded more than $38 million in academic scholarships.

Two all-girls schools from the diocese are sending their graduates to the CUNY’s Macaulay Honors College.

These young ladies will receive a tuition-free education with multiple academic options, integrating all the resources available to them in New York City and beyond.

Nine seniors from The Mary Louis Academy, Jamaica Estates, and six seniors from Bishop Kearney H.S., Bensonhurst, were accepted to the program.

Chancellor Matthew Goldstein launched CUNY Honors College in 2001 to provide a globally competitive honors program for the most talented and academically gifted of New York’s students.

The Honors College was designed in collaboration with CUNY senior colleges and programs. From the start, CUNY Honors was recognized for exceptional advising, hands-on internships and research opportunities, substantial community service and global learning opportunities, and a commitment to provide the skills and experiences for each student to excel in college and beyond.

The program includes a number of innovative programs: the four core seminars linking students with the history, arts and resources of New York City; community service and service learning around the globe; internships that give students real work experience while in college; the Cultural Passport which gives students access to arts and culture in New York; and the Opportunities Fund, which allows each student to shape his or her own unique learning program.

A Student Leader at The Catherine Laboure Special Education School 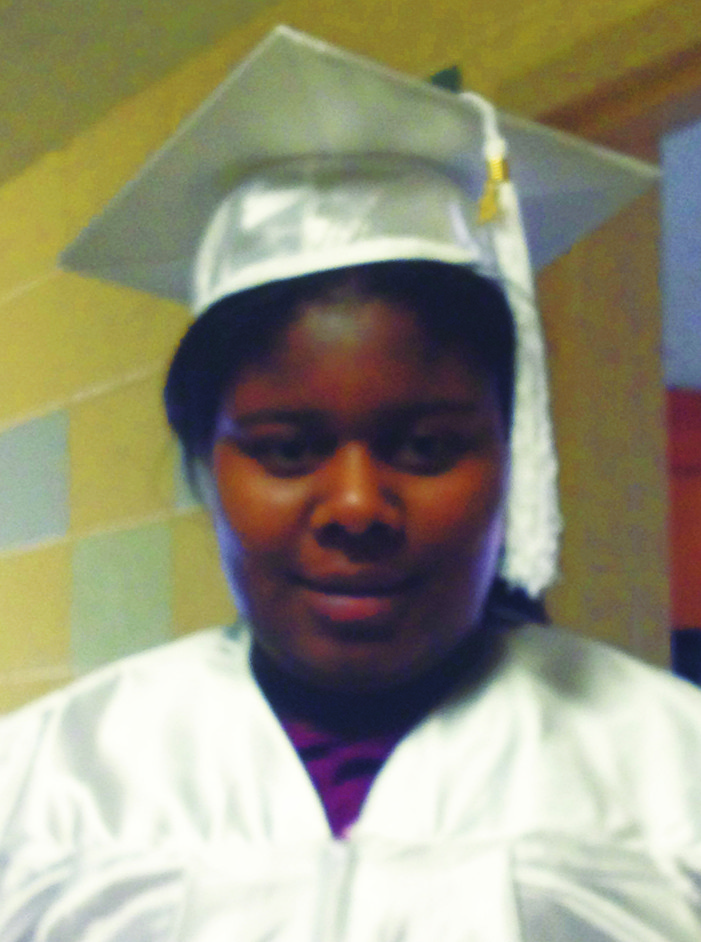 While at Laboure, she has gained many skills needed to become an independent and active member of her community.

Throughout her years at Laboure, Walters has volunteered as a teacher’s assistant at many different elementary schools in Brooklyn. She was also a camp counselor at a sleep-away camp that she attended.

After graduation, Herone is looking forward to working at a day care center and will be going to Job Path and the YAI Network to learn more skills needed to advance in her life and career.