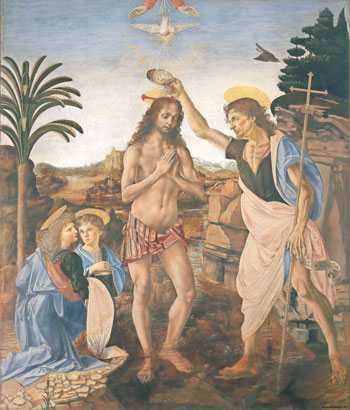 On the feast of Christ the King, the reading from St. Paul was from Paul’s letter to the Colossians. Though I have often been inspired by this text from Paul, for some reason it seemed to take on new meaning for me.

Paul is writing about a great mystery, the mystery of the Incarnation and the role that Jesus has in God’s plan for all of creation. In preparing my homily, I did not read any scripture scholars.

Knowing that Paul was writing about the central mystery of Christianity, I probably would have been wise to study what scholars have written about Paul’s words. The fact is I did not do any studying. Instead, I relied on my own reflections. If I had an opportunity to preach on that text again, I probably would do some research.

As I start to write this column, I confess that I am really not certain how clear I can be. I take encouragement from G.K. Chesterton’s comment that whatever is worth doing is worth doing poorly. Paul’s text about Christ that I am referring to is the following:

“He is the image of the invisible God, the firstborn of all creation. For in him were created all things in heaven and on earth, the visible and the invisible, whether thrones or dominions or principalities or powers; all things were created through him and for him. He is before all things, and in him all things hold together. He is the head of the body, the church. He is the beginning, the firstborn from the dead, that in all things he might be preeminent. For in him all the fullness was pleased to dwell, and through him to reconcile all things for him, making peace by the blood of his cross through him, whether those on earth or those in heaven.” (Coossians, 2:15-20)

Jesus, the Son of God, is the image of his Father. All creation is modeled on the Son. All creation resembles the Son. Not only does all creation mirror the Son, but all creation exists for the Son. Jesus is the beginning and the end. He is the reason and purpose for all that exists. He is he unifying force because he is the center that unites and gives ultimate meaning to all that is.

Jesus is the model and goal of our lives. The union between him and us is so close that we as the church are his body. As the firstborn Jesus is the sign of what should be our new birth through resurrection.

That new birth has already begun for us because of our sharing in the Risen Lord’s life. That sharing began for many of us at baptism and is increased through our grace-filled journey toward our ultimate goal of heaven. All creation has its ultimate meaning through the resurrection of Jesus.

What I am trying to articulate about the text from St. Paul is dramatically celebrated at every Mass. Each part of every Mass and a Mass in its totality receives its most profound meaning through reference to the Risen Lord.

At every Mass, Christ is the priest, the one making the offering and the one being offered. I am saddened whenever I read statistics about the large number of Catholics who do not attend Sunday Eucharist regularly. Perhaps less important than coming to understand how this unfortunate situation has come about is figuring out what can be done to change the situation.

I know I have to celebrate the Eucharist as devoutly as I can and deliver homilies that are as well prepared as possible. I also know that if the number of Catholics regularly attending Sunday Eucharist increases, it will ultimately be through the presence of the Holy Spirit and the community’s response to the promptings of the Spirit.

The most important role is the role that Jesus has played and will continue to play. Paul had it right. Jesus is the firstborn, the center that gives ultimate meaning to all that is.

Father Lauder is a philosophy professor at St. John’s University, Jamaica. He presents two 15-minute talks from his lecture series on the Catholic Novel, every Tuesday at 9 p.m. on NET-TV.