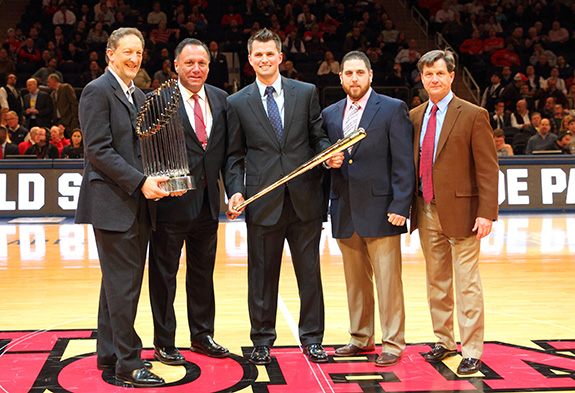 Before the St. John’s University men’s basketball team took on Marquette University, Jan. 21 at Madison Square Garden, the Johnnies honored one their own at center court.