For 16 years, New York State Assemblywoman Eileen Dugan was an instrumental part of the Brooklyn community. Representing the 52nd district – including Brooklyn Heights, Cobble Hill, Carroll Gardens, Red Hook, Sunset Park and Bay Ridge – Dugan was a visionary in the establishment of Brooklyn Bridge Park, now a staple of the Brooklyn waterfront.

“She was widely loved by all of her constituents…very down-to-earth neighborhood person whose door was always open for someone who needed help,” said Eileen’s nephew Pat Dugan, also the son of St. Francis College’s late president Brendan Dugan.

Held this year on April 8, the 19th annual race – featuring more than 400 runners – started out at the Pier 6 Promenade and spanned 3.1 miles of Brooklyn Bridge Park, offering scenic views of the Brooklyn and Manhattan Bridges, the Manhattan skyline and New York Harbor.

“St. Francis College is proud to continue to support the Eileen C. Dugan Run,” said St. Francis College Interim President Timothy J. Houlihan. “Like so many of our students, Assemblywoman Dugan saw the possibility of a better future and worked hard on behalf of others to make it real. “This park is a shining example of her dream come true.”

The race originally traversed the streets of Carroll Gardens and Cobble Hill and was organized by the Court Street Merchants Association. In 2012, the Dugan family decided to move the race to Brooklyn Bridge Park, given Eileen’s integral role in bringing the park to life. All proceeds from the run benefit Brooklyn Bridge Park Conservancy’s cultural, recreational and educational events. 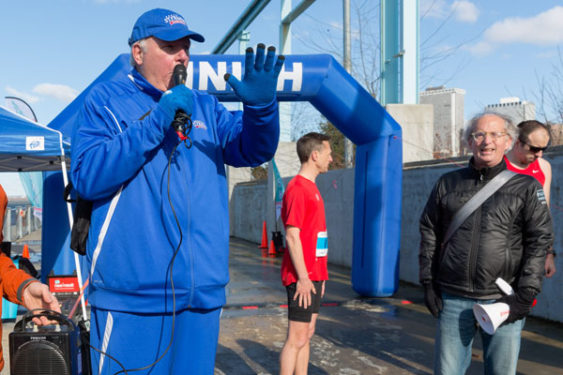 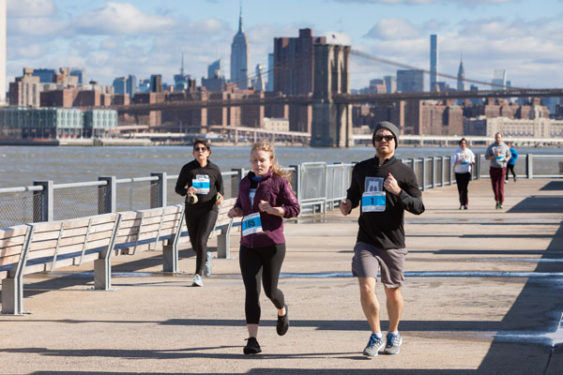 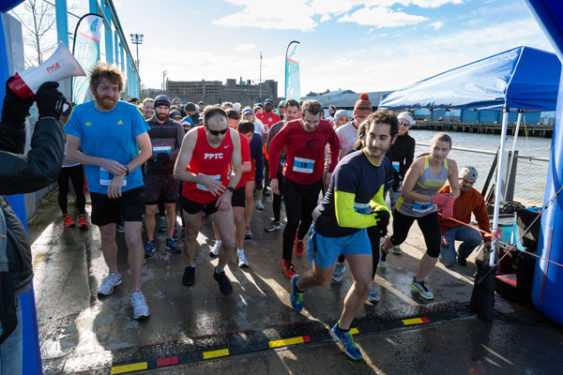 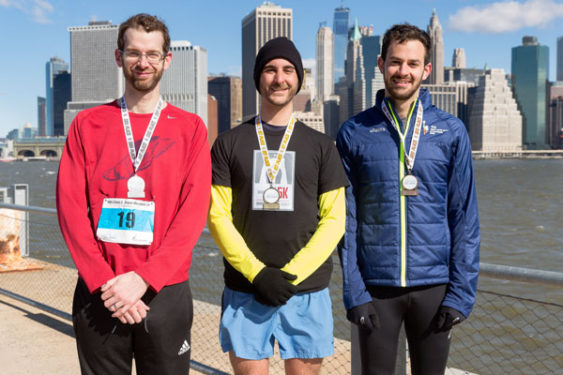 Dugan worked with other elected officials to listen to what her constituents wanted: a public park on the Brooklyn waterfront. Her leadership and advocacy led to what is now Brooklyn Bridge Park.

“It’s very fitting that we are hosting the race because Eileen has been seen as the godmother of the park,” said Richard Lloyd, Brooklyn Bridge Park Conservancy’s director of development.

“She was one of the original elected officials that really fought hard for the park to become a reality.”

The term “godmother” is even more fitting to Pat, since Eileen was his actual godmother.

“She played a vital role in raising awareness and raising money to make Brooklyn Bridge Park what it is today,” said Pat, a 2001 graduate of St. Francis College.

From serving as the home field for the college’s men’s and women’s soccer teams to being the site of the school’s graduation ceremony, Brooklyn Bridge Park is a vital part of the St. Francis College community.

The race is simply one way the college and the local community continue to honor the dedicated assemblywoman. And Dugan’s impact is felt even further every time Brooklynites and beyond enjoy the atmosphere, athletics and ambiance of Brooklyn Bridge Park.