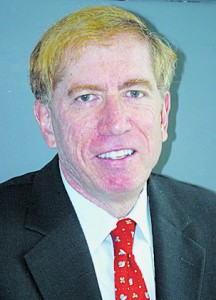 Dear Dr. Garner,
Last weekend, I was driving around the neighborhood and I saw my 17-year-old daughter smoking with her friends a few blocks from home.
I was very disappointed and upset. I am not a smoker and I have always taught her about the harms of cigarette smoking.
Could you please address this issue?
Concerned Mother in Maspeth

Dear Concerned Mother,
Unfortunately, cigarette smoking among young girls is on the rise. This is due in part to the tobacco industry advertising campaign that has successfully targeted this group. They have equated cigarette smoking with being slim, popular and calm.  Girls see it as an opportunity to lose weight as well.
Once someone has started smoking it is very difficult to stop.
Smoking is a deadly habit, with more than 400,000 people in the U.S. expected to die each year as a result of tobacco-related illnesses.
Women face unique health effects from smoking. One difference involves the hormone estrogen, which is found in much larger quantities in women than in men. Estrogen has a combined effect with nicotine to make it more potent in its ability to create addiction. In addition, the blood vessels in women are smaller and also more prone to have irritation of the lining. This predisposes to female smokers to blood clots, which can cause heart attacks and strokes.

Below are some of the key differences in the effects of tobacco on women:
• Women are more susceptible to the damaging effects of chronic cigarette smoking.
• Females are more sensitive to secondhand smoke, and the largest number of lung cancer incidences in non-smokers is in females.
• Women are more susceptible to tobacco’s cancer-producing particles than men. There are over 60 different cancer-producing elements in cigarette smoke.
• Women, ages 35-52, who smoke 20 cigarettes per day have a six-fold increase risk of heart attacks, almost double that of men.
• Smoking increases the levels of LDL (bad cholesterol) in women more than men.
• Smoking lowers the levels of estrogen in women, predisposing them to osteoporosis.
• Nicotine causes a calming effect in women, which helps to perpetuate cigarette use.
• Nicotine enhances the effects of alcohol in women.
• Women experience more severe withdrawal symptoms than men when quitting.
• Women who quit smoking relapse for different reasons than men – the two main causes are fear of weight gain and stress.

How can women use this information in regard to cigarette smoking?
The first and foremost advice is not to start. We know that the rate of smoking is lowest in the most educated groups. Education should start early on, even in kindergarten, as many people start to smoke as early as age 12. There has to be greater control over advertising. Even though it has been banned in radio and television, it is still out there.
It is known that smoking is more prevalent in white populations than in African-Americans or Hispanics, and this segment should be targeted as well.
Girls are twice as likely to smart smoking in families where parents smoke. Mothers should absolutely stop smoking, if not for themselves, then for their children’s benefit.
The majority of women continue to smoke through their pregnancy. This is a major cause of stillborns, premature babies and babies who suffer from respiratory problems and SIDS.
Nicotine patches do not work well in women. Actually, studies show that quitting cold turkey is actually slightly more effective, with both having about a 10% success rate.

Some strategies for women to quit smoking are:
• Stress reduction. This can be done with exercise, yoga, hypnosis, or perhaps even a short course of medication.
• Eliminate fears of weight gain. The use of an antidepressant, Zyban, can help to stop smoking as well as reduce weight gain.
• Education. Children should be taken on field trips to talk with smokers who have developed emphysema, and other lung diseases. Class trips could be arranged with local hospitals.
• We need to cut out all advertising for tobacco. There should be stricter government regulations.
• Cessation groups. These provide positive reinforcement for members. A word of caution is to avoid any group or plan that promises immediate control and stopping of smoking. There is no magic pill or cure.
• Acknowledging that it is an addiction. Addiction to smoking is very similar to alcohol addiction. It is a lifelong process that will require reinforcement. There may be relapses, but what is critical is to immediately get back to the plan and start the process of cessation once again.
• Exercise is key. It helps improve the mood as well as the weight loss. It also takes one’s mind off cigarette smoking.

I hope your daughter realizes that the longer and the more she smokes, the harder it will be to stop.

Dr. Steven Garner is a Fidelis Care provider who is affiliated with New York Methodist Hospital, Park Slope. He also hosts “Ask the Doctor” on The NET, Tuesdays at 8 p.m. on Channel 97 Time Warner and Channel 30 Cablevision.