Along with its rigorous course offerings for young men and women in grades six through 12, as well as a highly successful athletic program, Xaverian also boasts one of the largest high school music departments in New York City.

Its concert band is the official band of Bay Ridge, Brooklyn, and performs for many parades and civic events throughout the year. The senior jazz band travels to Japan to perform and participate in a cultural exchange.

Due to high student demand, there are three harp ensembles at Xaverian. At the start of the 2015­-2016 school year, there were a total of 17 harp students in grades six through 12. They are divided into a high school ensemble, a middle school ensemble (known as the Genesis Harp Ensemble), as well as a beginner ensemble for both middle and high school students. The ever-growing harp program currently possesses two pedal harps and a veritable fleet of lever harps. The program continues to grow, with the number of beginner harp students increasing with each passing year.

In addition to the regular winter and spring concerts at the school, the harpists perform throughout the area at churches, nursing homes and even at the end of parade routes. This year, the Xaverian Harp Ensemble will perform as an instrumental group at the Diocese of Brooklyn Choral Festival. The group also performs at the school’s annual gala dinner and open house events.

The current ensemble director, Robert Randazzo, began playing the harp when he was a senior at Xaverian. He, and many other harpists who have participated in the program, have fallen in love with the instrument and have made it a permanent part of their lives. The ensemble continues to be an important institution within the school, and a valuable source of enrichment for students and teachers alike, having introduced many people to the beauty and wonder of the harp. 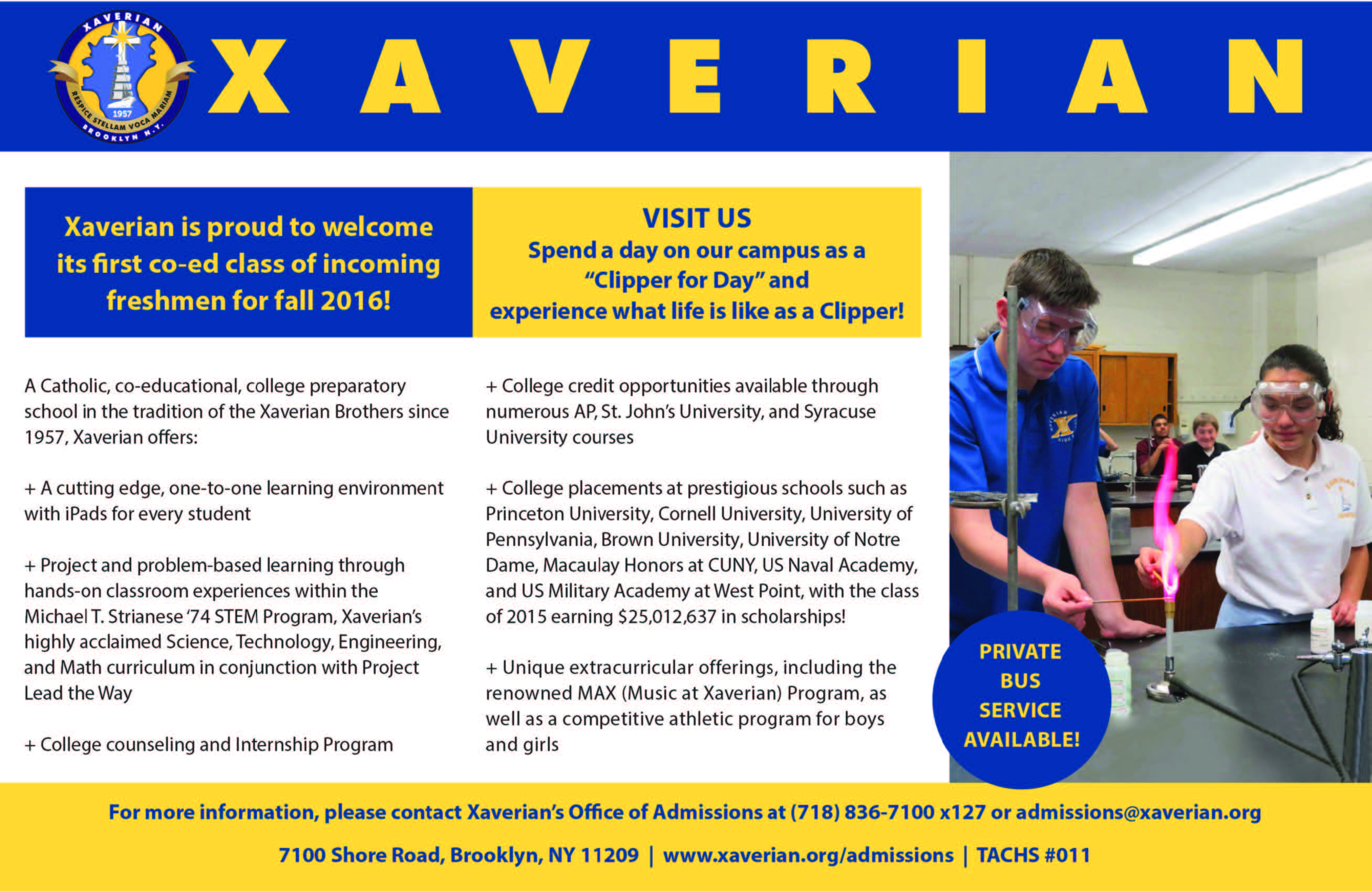