Parishioners and visitors at St. Sebastian Church, Woodside, commemorated the 10th annual Celebration of God’s Paternity with a Mass celebrated by Archbishop Bernardino Auza, permanent observer of the Holy See to the United Nations. The Mass brought to conclusion a Holy Octave of Consecration to God Our Father.

In his homily, the archbishop reflected on the love of the God the Father and God’s paternity in the context of the Eucharist, saying that “the food that sustains us through life eternal,” Jesus, was the Father’s “paschal gift for all.”

“The second mission of Jesus (after redeeming humanity’s sins through his sacrifice and resurrection) was to reveal God the Father,” Archbishop Auza said. “Jesus opens our hearts … calls us to love our Father back with all our hearts, with all our self.”

One of the parishioners organizing the event was Sister Nellie Annunciata Dacquel, a member of Missionarie Unitas in Christo ad Patrem, a congregation based in Rome that was founded by Mother Eugenia Elisabetta Ravasio, for the propagation of the devotion to God the Father.

Eugenia Ravasio was born in Bergamo, Italy, in 1907. She entered the Congregation of the Missionary Sisters of Our Lady of the Apostles when she was 20 years old and worked with leper communities in Ivory Coast. According to the congregation, in 1932, God the Father entrusted her with several messages, which were subjected to a canonical inquiry over a 10-year period. At the end of the investigation, Msgr. Alexandré Caillot, Bishop of Grenoble, France, declared the mission of the messages as “legitimate and timely.”

Sister Nellie, who has promoted this devotion at St. Sebastian for the last 10 years, said a devotion to the Father “is nothing more than proclaiming our baptismal identity as God’s children.”

“It is echoing Mary’s ‘Fiat’ in the daily events of our life; seeing Jesus as the human face of God present among us especially in the Eucharist, and being empowered by the Holy Spirit to reach out in unity with the risen Christ to share Our Father’s love.”

Mirroring St. Sebastian’s multicultural community, parishioners read the prayers of the faithful in 10 languages during the Aug. 2 Mass. The offertory included a basket with bread (grain) symbolizing the willingness to die to self, chaplets to meditate on the salvation history, a crown as a reminder for those in power to obey God and a red envelope with petitions written during the octave of consecration.

“You can see we all want to come together to consecrate ourselves to the Father,” said Father Kevin Abels, pastor. “In consecrating ourselves to Him, we know that we can never go wrong. We’d always be protected even when things don’t always go our way.”

From July 26 until Aug. 2, parishioners from around the diocese came to the church to pray, celebrate Mass and listen to different homilists reflect on themes such as praise, thanksgiving, repentance and fidelity.

Sister Nellie called the octave of consecration “an eight-day immersion in God’s presence, bringing individuals and families to acknowledge and celebrate the reality that God is Our Father, as revealed by Jesus himself.”

Helen Aguila, who participated in the octave Masses every night, said she found out about this celebration by the will of God.

“I work nearby at the Department of Health and I was looking for a church to go to every day after work and somehow the Lord led me here,” she said. “I always had a devotion to the Father, but it was more of a private devotion.”

During the exposition of the Holy Eucharist at the end of the Mass, parishioners consecrated themselves to the will of God the Father.

“May this divine will of the Father for us, to be with You, fill every moment of our existence; and because of this we want to be more prepared to be in communion with You, in consecration to the Will of the Father, of all that we are and in all that is further given to us while we are alive,” the congregation said in unison.

Aguila said she was elated to experience the consecration with a diverse congregation. “It was heart-lifting. Having it in an scenario that is sacred and holy touches the heart and stays in mind,” she said.

After Mass, the congregation continued celebrating in St. Sebastian’s school auditorium, where they shared food and enjoyed cultural performances from visitors from parishes such as St. Bartholomew’s, Elmhurst, as well as groups from Manhattan.

Father Abels added that the faith of those gathered at church to consecrate their lives to God was inspiring.

“The devotion has grown very strong over the last 10 years. The last Saturday of the month, they gather in our chapel, which was dedicated this year to God Our Father,” Father Abels said. “People just have a love for the Father and most importantly a love for His will.” 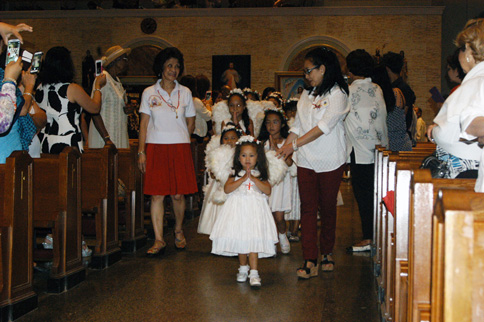 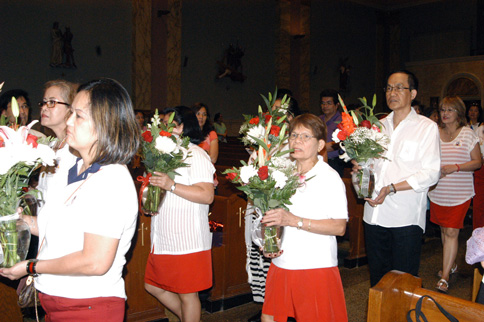 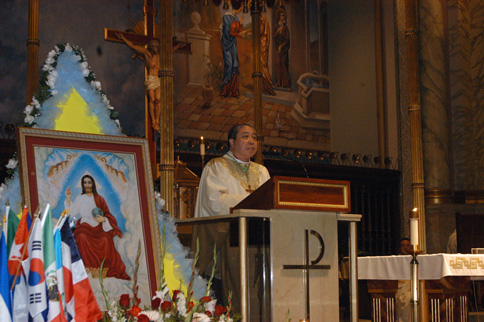 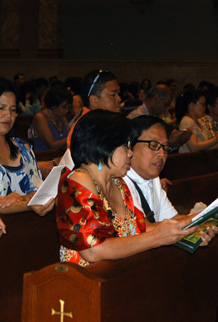 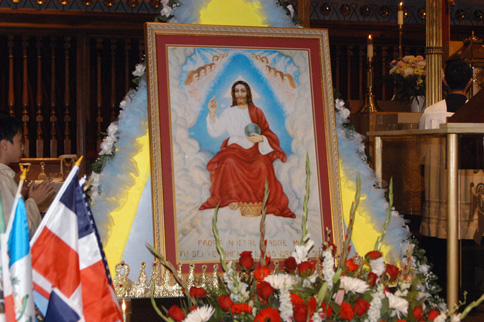 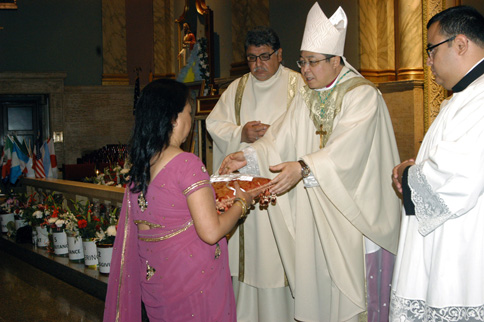 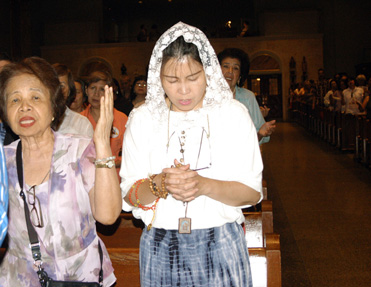 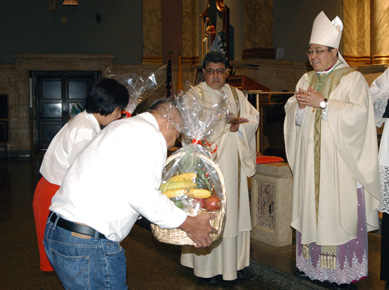 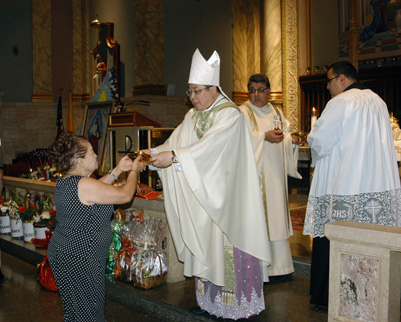 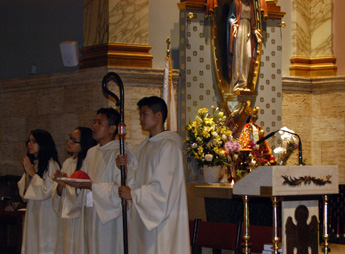 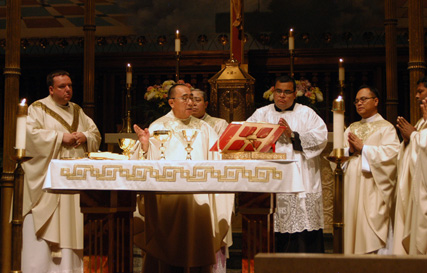 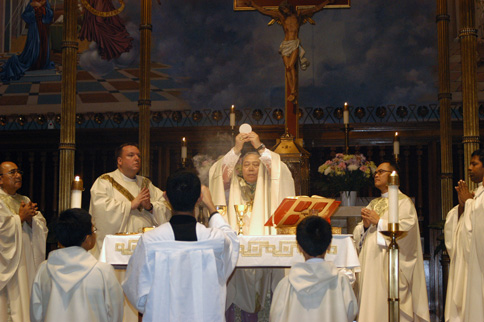 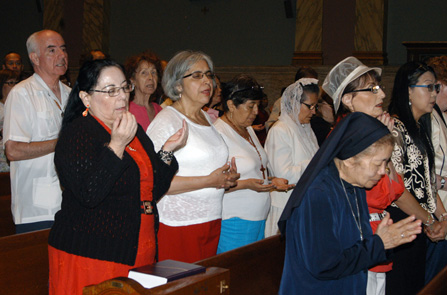 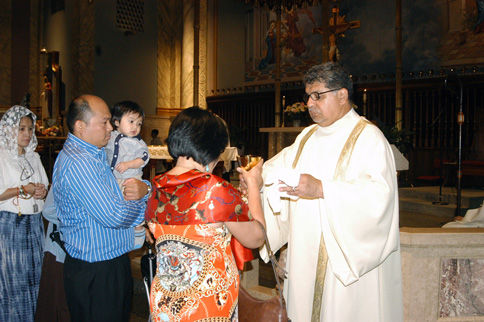 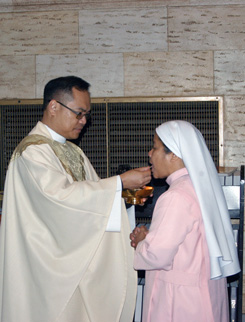 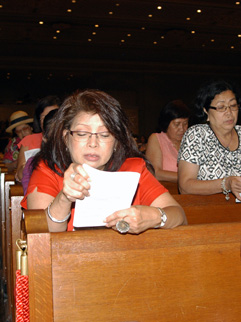 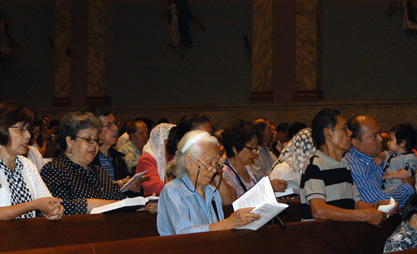 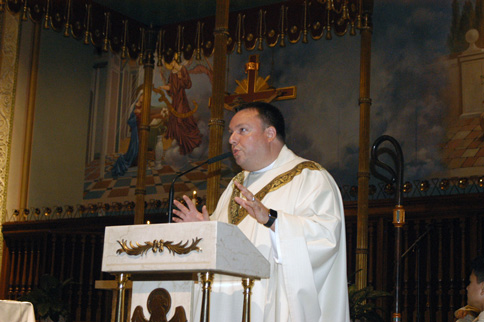 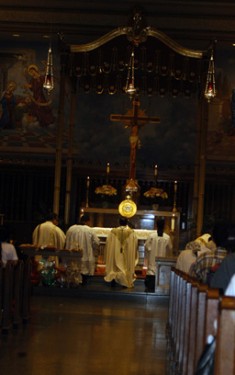 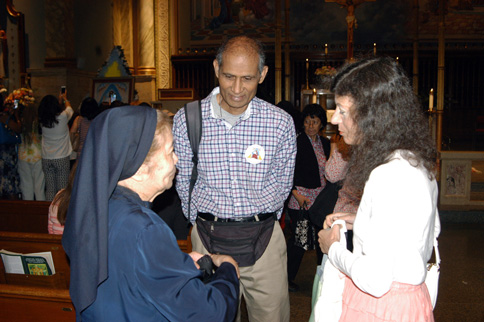 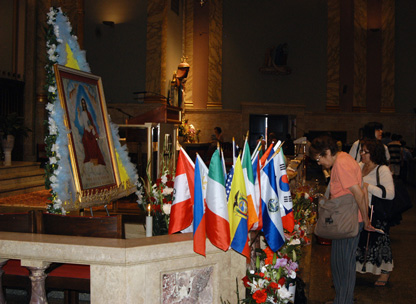 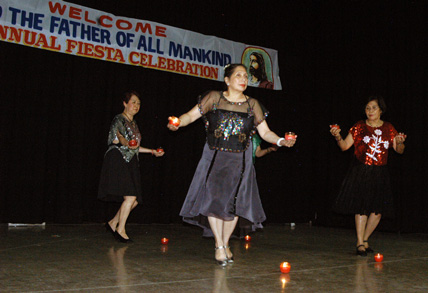 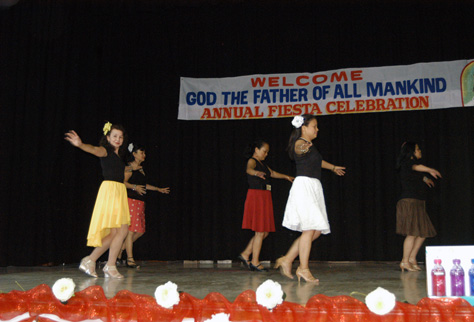 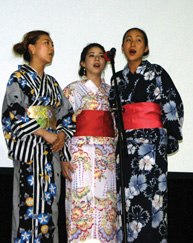 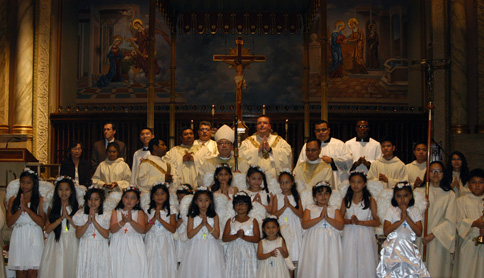 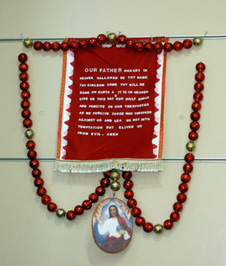