Catholic women were encouraged to be “good stewards of religious liberty” when the Brooklyn Diocesan Council of the National Council of Catholic Women held its 48th biennial convention. 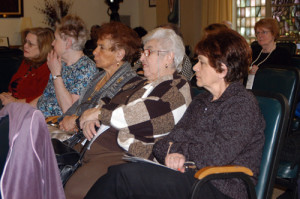 In response to the U.S. Catholic Bishops’ call to act in defense of religious freedom, “Catholic Women United in Truth” was theme of the conference, held at the Bishop Molloy Retreat House in Jamaica Estates, March 15.

Women from Brooklyn and Queens parishes gathered for a day of prayer, education and fellowship in keeping with the mission of the National Council of Catholic Women (NCCW) to support, empower and educate all Catholic women in spirituality, leadership and service.

Focusing on religious liberty in the U.S. and living the faith in public life, Dr. Nolte, a gynecologist, spoke about hot-button women’s health issues, namely contraception, in-vitro fertilization and abortion, which she called “the biggest points of conflict in our culture.”

“Religious liberty is about more than having the freedom to go to church,” she said, explaining that the First Amendment guarantees the freedom to live one’s faith and follow one’s conscience in every aspect of life.

“Religious liberty… has to apply to our public lives, not just our religious practices,” she told women.

Dr. Nolte spoke about obstacles she faced as a pro-life medical student and the challenge of starting the Gianna Center, a pro-life obstetrical and gynecological practice with offices in Manhattan and New Brunswick, N.J.

She urged attendees to take action by staying informed about threats to religious liberty, writing to politicians, speaking out among family and friends and voting. 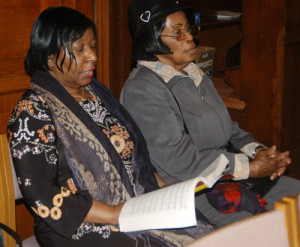 For those less comfortable on the frontline, she asked them to take on the greatest responsibility: prayer.

“If we want to be transformed, we have to be willing to come into conflict,” she told women. She assured them that they can do so “peacefully and lovingly, but we also have to do it courageously.”

Lopez expanded on the topic by discussing what she calls the “Francis Effect.”

At a time when many people have internalized the secularism and indifference so prevalent in today’s world, she noted that Pope Francis has spent the first year of his pontificate challenging everyone’s conscience by reaching out to the poor, persecuted and those on the peripheries of society.

“We cannot merely read news stories about people in the next town or another country,” she said. “We must suffer with them and sacrifice in solidarity with them.”

She urged attendees not only to live the faith, but also “defend, preserve and advance the faith in the civic realm, in politics,” because the world needs “to know we believe what we say we profess. They have to see it.”

“All we have to do is live what we believe and stand up to be good stewards of religious liberty,” she said.

“We will only be effective if we’re for real,” she said. “Otherwise, Christians will be further marginalized in this country.”

“We can do better if we are who we say we are all the time – that’s the ‘Pope Francis Effect,’” Lopez said. “And I think the world needs us to join him.”

She felt inspired to “be more vocal and stand up for what we believe.”

“It’s not just saying what you believe, it’s doing it,” she said, “and I know I could do more.”

Leist, who serves as the Catholic Action coordinator for the Don Bosco Columbiettes at her parish, planned to take what she’d learned and share it with her fellow Columbiettes.

Closing the event, Augusta Van Duzen, diocesan council president and a parishioner at Christ the King parish Springfield Gardens, reminded attendees that by virtue of their baptism, they are called to serve their brothers and sisters around the world.

“It means protecting and loving each and every person,” she said. “Do you and I have the courage to protect those who need us?”