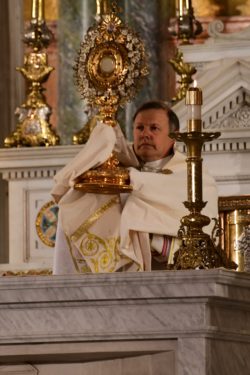 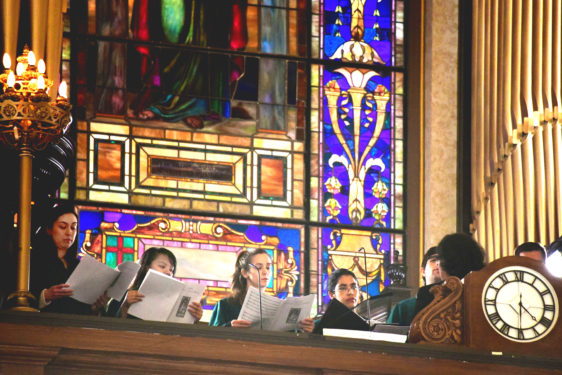 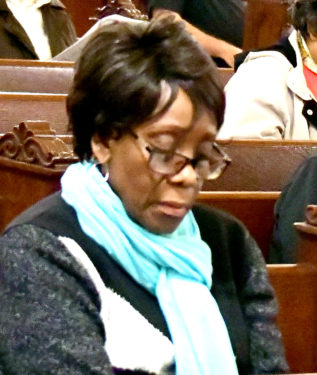 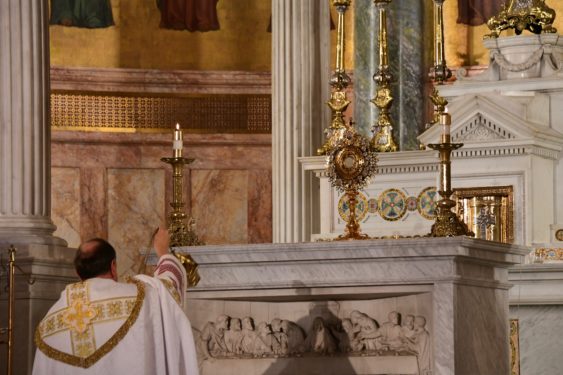 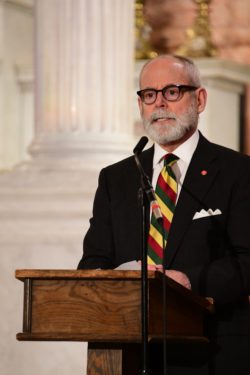 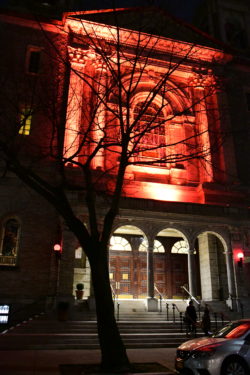 “If there is no cost, there is no love. Love demands sacrifices,” Msgr. Kieran Harrington said in his reflection during Solemn Vespers on the Feast of Christ the King at the Co-Cathedral of St. Joseph, Prospect Heights, last Sunday, Nov. 25.

He was referring to the suffering of so many Christians around the world for whom 100 faithful came to pray at the co-cathedral. The service was part of the Courage in Red – Stand Up for Faith and Religion Freedom campaign.

During the Solemn Vespers, the Voices of St. Joseph Choir, under the direction of Alejandro Zuleta, sang the Gregorian Chant with Magnificat by Tomas Luis de Victoria, O Salutaris Ostia by Charles Gounod and Benedictus by Karl Jenkins.

The Courage in Red campaign is an initiative of Aid to the Church in Need, a Catholic, international organization that provides “pastoral and humanitarian assistance to the persecuted Church around the world,” according to its website.

During the week of Nov. 25, Aid to the Church in Need asked people of faith to remember those who have been martyred for their faith and stand in solidarity with fellow Christians as they fight for religious freedom by wearing red, the color of the martyrs; lighting parish churches and institutions in red and raising awareness about the need for religious freedom.

Msgr. Harrington, who is also the vicar for communications of the Diocese of Brooklyn, talked about the importance of sending a message to persecuted Christians around the world, “that they don’t suffer alone.”

Reflecting on the time he spent with Christians communities in Iraq this year, Msgr. Harrington said that one of the most repeated phrases among the suffering Christians in Iraq was, “Pray for us.” And that was the main purpose of the Solemn Vespers last Sunday and the Courage in Red campaign – to pray for persecuted Christians.

“We are Christians, we believe in the power of prayer,” he said. “The most important thing is that we […] pray for thus who are suffering.”

The second thing, Msgr. Harrington said, is to materially help persecuted Christians with donations to organizations like Aid to the Church in Need. But the third step, he said, “is to make our voice heard,” to tell our elected officials about this situation.

Symbolic gestures of solidarity were on display around the world over the last week. From Rome to the Philippines, from Mexico City to Paris and London, they illuminated churches in red and invited people to pray for their brothers and sisters.

At the end of the prayer service and concert at the co-cathedral, Brad Miner, who sits on the board of directors of Aid to the Church in Need USA, thanked Bishop Nicholas DiMarzio and Msgr. Harrington for their support of the Courage in Red campaign and all of the faithful for their prayers and help.

We are “hosting several events like this around the country to draw attention to the persecution of Christians especially, but all people persecuted for their faith,” Miner said. “Christians are currently the most persecuted people on the planet.”