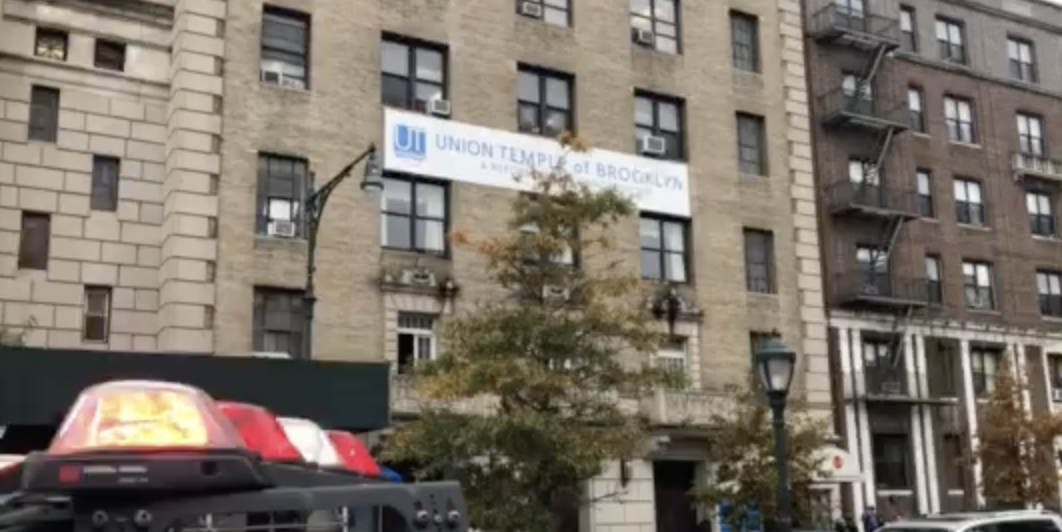 Last night, minutes before actress Ilana Glazer was scheduled to start a political event at the Union Temple synagogue in Brooklyn, a custodian discovered anti-Semitic graffiti on the stairwells of the second and fifth floor of the building. On a door, the vandals had scrawled the words, “Kill all Jews.”

At about 8:30 p.m., the public was still waiting outside the building when Glazer came out to announce that the event had been cancelled for security reasons. Glazer was going to interview journalist Amy Goodman and New York State Senate candidates Andrew Gounardes and Jim Gaughran.

The Union Temple is a historical synagogue located in an 11-story building originally erected in 1929 as community house for two Jewish congregations. The building is across the street from the Brooklyn Public Library and the Brooklyn Museum in Prospect Heights, an area that is home to a large Jewish community.

According to press reports, the comedian and writer didn’t feel comfortable letting 200 people entering the building where the hateful messages were found.

In the aftermath of the Pittsburgh Tree of Life synagogue massacre last Saturday, when eight men and three women were killed by a racist mass murderer, security has been heightened in synagogues and Jewish communities around the nation. The gunman eventually surrendered and was taken in by the Pittsburgh police, but tensions remain high.