Everyone had twice as much fun at the third annual St. Patrick and St. Joseph Feast Day celebration March 18 at Our Lady of Mercy parish, Forest Hills.

Jim Mara and Helen Van Tyne Golden  orchestrated a night to remember. In addition to spearheading the room decorations, Mara donned a kilt and introduced a bagpiper and drummer to kick off the festivities. Van Tyne Golden’s dramatic dance moves and charisma kept the party flowing.

The church hall was festive with candlelit tables and shamrocks hanging from the ceiling. An elegantly dressed table was set up displaying prizes for various raffles.

On stage, Tim O’Brien of Good Time Party Music Entertainment started the night with both Irish and Italian music, which later evolved into the Polka and popular dance music.

The hosts appreciated the help of parishioners who contributed to their success. Fiona Golden created decorative posters and a street signs suggestive of Irish sites. The decorators who put everything together included Eileen Belfiore, Carol Flaherty, Dian Malm and Eileen Taylor. In addition to decorating, Jimmy Golden manned the door and helmed the massive cleanup.

Every table was blessed with a loaf of homemade Irish soda bread that Msgr. McGuirl baked according to his grandmother’s recipe. This has become a tradition at the annual event. Guests also enjoyed coffee and dessert, which included Evige Coleman’s tiramisu and Angela Martin’s pizzelles and chocolate-dipped fruit.

With over 180 people filling the hall and enjoying the Irish/Italian cuisine, Hannah Whalen performed an Irish step dance. It was a blessing to see people from nearby parishes join the party.

Parishioners and friends were able to reconnect and foster new like-minded relationships in a festive environment. The night ended with a 50/50 raffle, as well as raffles for gift baskets that were donated by parishioners and local businesses with proceeds supporting Our Lady of Mercy Church. 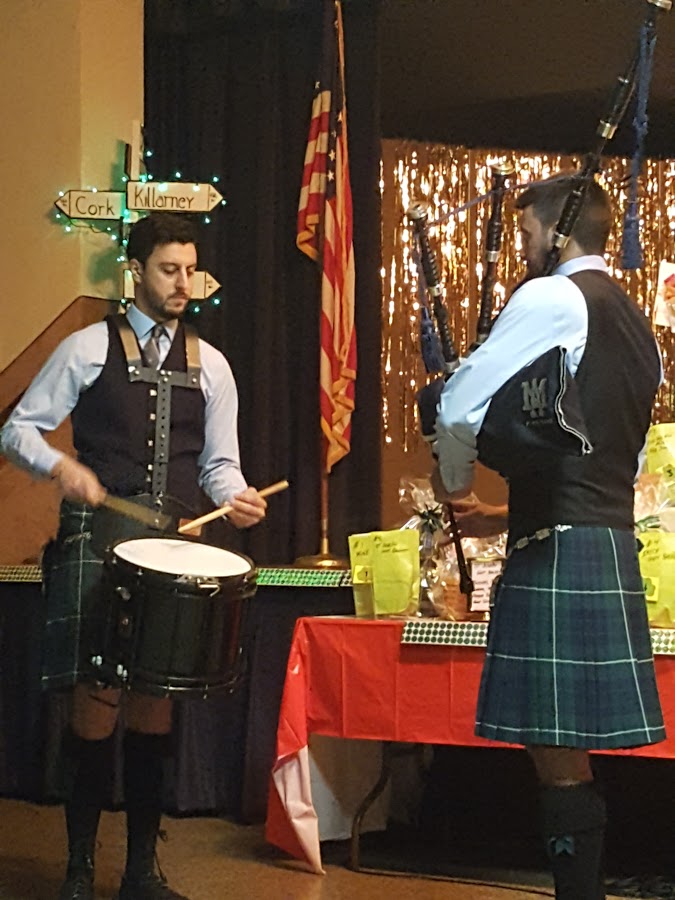