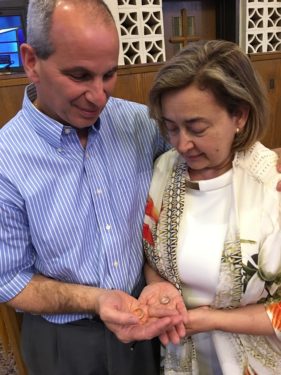 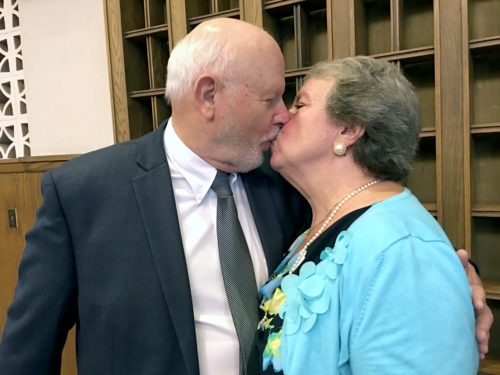 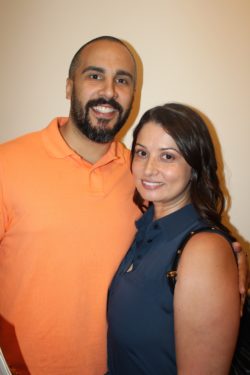 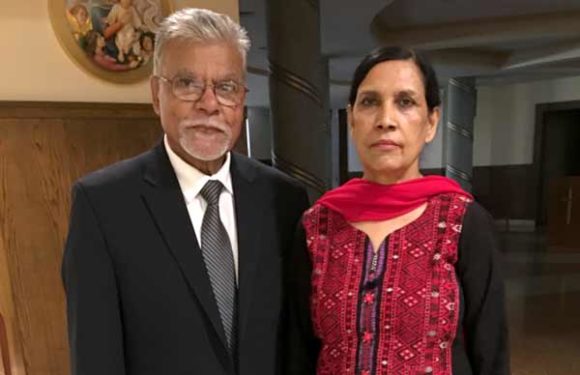 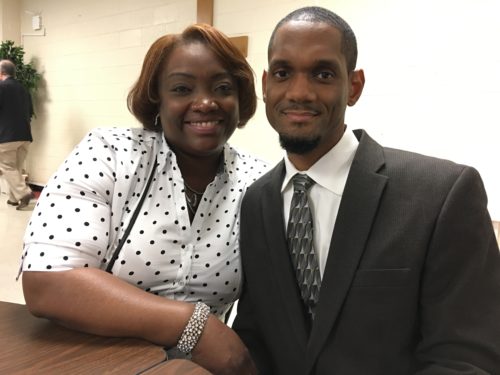 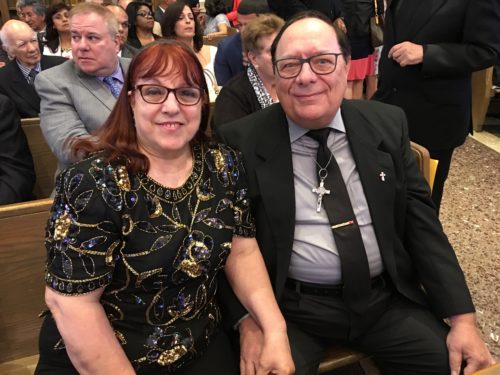 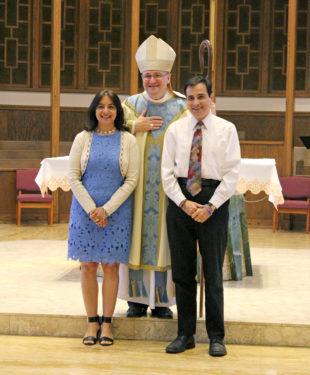 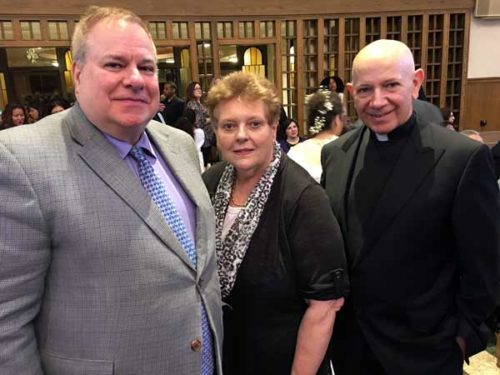 In the same spirit as on their wedding days, more than 100 husbands and wives rededicated themselves to each other at the annual Diocesan Wedding Anniversary Mass, June 9.

The Secretariat for Evangelization and Catechesis sponsored the Mass, which was celebrated by Auxiliary Bishop James Massa in the main chapel of the Immaculate Conception Center in Douglaston.

All couples married in the Church, especially those celebrating 25, 50 or 60 years, were invited to attend along with their children and grandchildren.

“I want to begin this morning by saying, ‘Thank you for your yes,”’ Bishop Massa said to the brides and grooms present. “Did you have any idea what you were doing? Of course not!”

He spoke about how that “yes,” first spoken on their wedding day, had to become an echo of their real commitment to each other, lived day by day, year by year, no matter what else has come to pass in their lives.

“The ‘yes’ was a pledge of faithfulness – faithfulness to all you did not know on the day of your wedding, to all the disappointments and discouragements, and ‘yes’ to the wonderful surprises that lay ahead – a ‘yes’ to all of it,” the bishop said.

“You couldn’t possibly have known. All you had was trust, trust that this one was meant for me, trust that God was behind it all.”

Inspired by that confidence, the couples once again stood before God and renewed their nuptial vows in their native tongues. The bishop then blessed the couples and their wedding rings, symbols of their lifelong commitment.

The range of anniversaries spanned from Melanie and Danny Valdez of Blessed Sacrament, Cypress Hills, who will celebrate their first anniversary on Sept. 9, to Claire and Martin Aversa, 67-year jubilarians from St. Anastasia parish, Douglaston, the longest married couple in attendance. (For more on the Aversas, click below for Tim Harfmann’s report for Currents News).

For Jim and Sylvia Delaney of St. Gregory the Great parish in Bellerose, it is a golden anniversary year. They were lucky enough to meet through friends on a cold January night in 1964 at Nedick’s on 74th Street and Roosevelt Avenue in Jackson Heights.

“It was kind of a fairytale courtship,” said Sylvia, who met Jim while on a break from college. Four years later in August of 1968, they tied the knot – and began their life’s adventure, never feeling like they were alone on the journey.

“In our relationship, God is there. I think we’ve always felt that presence and nurtured it,” Sylvia said.

The serenity prayer became a model for them as they navigated life and parenthood, learned what they could and could not change, where to push and when to yield.

“You get a wisdom about your relationship… and as we’ve gotten older, we’ve seen some of our peers pass away so we’re just grateful to be here – proud and grateful to have each other,” Sylvia said.

Maria and Sal Greco from St. Luke’s parish, Whitestone, will celebrate their silver anniversary on July 10, all because they were willing to take a chance on a blind date.

“I thought, ‘Oh, what are we going to talk about?,” Maria said. “Actually, we didn’t stop talking all night. We were very comfortable with each other.”

Wedding bells were followed by three bundles of joy, and as their family grew, the couple stayed close to each other, their faith and their parish – quite literally. They moved into a home just across the street from the church, which has been the center of their lives.

Looking back, the Grecos said patience, love and fun have been the keys to their happiness. “It isn’t always perfect,” Sal added, “but you learn as you go.”