For 48 years, the Father Edward Troike Summer Leadership Program at Cathedral Prep, Elmhurst, has instilled Christian values and fostered leadership qualities in young men, and this year was no exception.

In keeping with its tradition of connecting cultural references with leadership, the theme for this summer was “Star Wars.”

“The idea was that just as the movie shows training to become a Jedi, these four weeks are training,” said Father James Kuroly, assistant principal. “They (students) are given the tools to go back to their communities and schools and be what they are called to be and that is Christian leaders.”

There were 72 “Jedi-in-training” this summer, who were guided by 25 Cathedral Prep students volunteering as counselors. The campers’ day was broken up into academics in the morning and sports in the afternoon. Classes aim to help students see the value each subject can have in their lives. Incorporating sports teaches teamwork and sportsmanship.

The counselors “make sure that the Christian values that they have learned throughout the year are incorporated into that sports program,” Father Kuroly said. “So there is no trash talk or show off-like behavior.”

“I like basketball class because they make the rules fair for each team,” said Christopher Chen, who finished sixth grade at Our Lady Queen of Martyrs School, Forest Hills, in June. “This program teaches you a lot of new things. It teaches you how to make friends.”

His twin brother Alexander agreed, adding that he also enjoyed his religion and science classes.

“Each week (in Father James Rodriguez’s religion class), we get to write a homily about the readings and the Gospel for each Sunday,” he said.

The Troike Program also provided incoming freshmen with the chance to learn about the school, and taught campers and counselors what it means to be a Christian role model. (Another way Cathedral Prep School is helping incoming freshman is through a new academic support initiative called the St. John Vianney Program. Read more, here.)

“The young men see the counselors as older brothers, as peers,” Father Kuroly said. “To learn from a peer has such a tremendous impact on a youngster’s life.”

Head Counselor Stephen Barbaro first participated in the program as a sixth grader and has been coming back as a camper and counselor. This summer, he was selected to be a head counselor along with Chris Mahon.

Barbaro said the program – especially the sports component – allowed him to meet new people and cultivate “the values that you need in life.”

“It gave me the opportunity to show what I had to offer and help my teammates so they can reach their potential too,” he said.

Camper Godswill Utionkpen, who will be an eighth grader this fall, said he was grateful for the counselors’ help. “The counselors here are really fun,” he said with a smile. “They are like your best friends at the program.”

Barbaro added, “The counselors are a great group of young men. They are going to do great things in life and I’m sure this program is going to help them with that.” 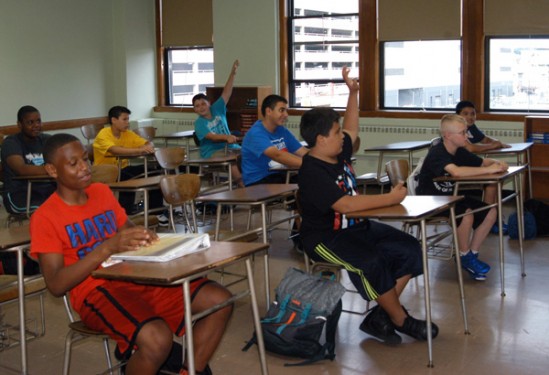 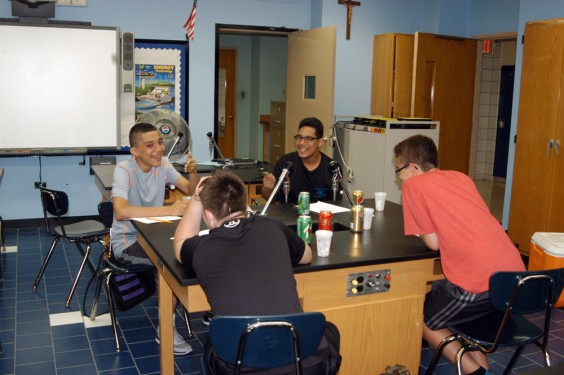 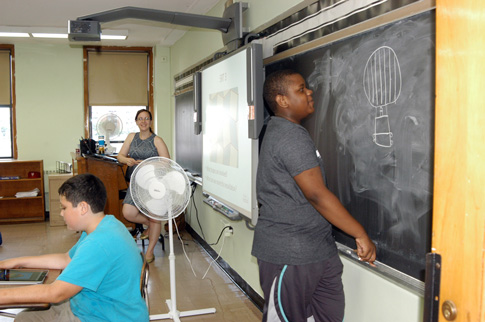 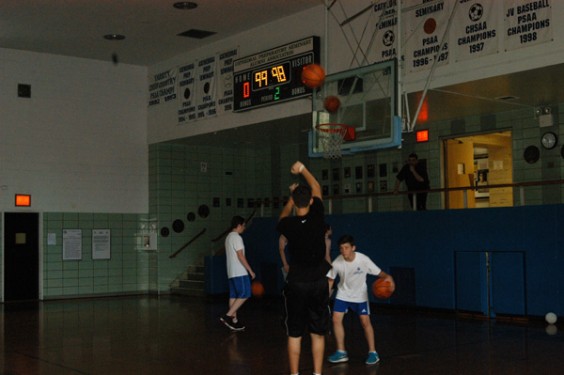 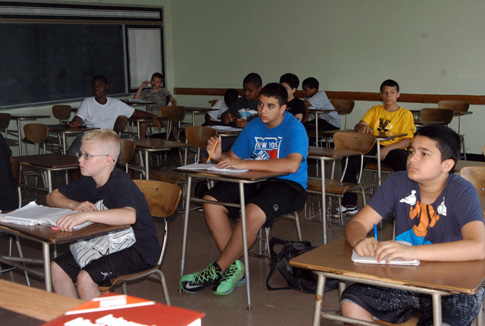 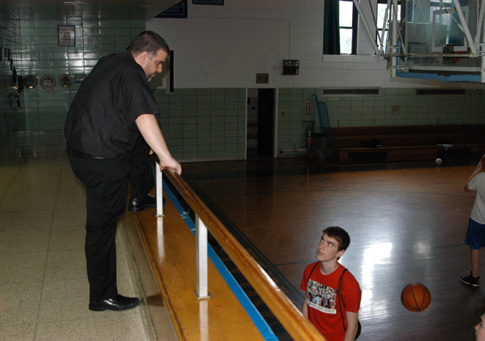 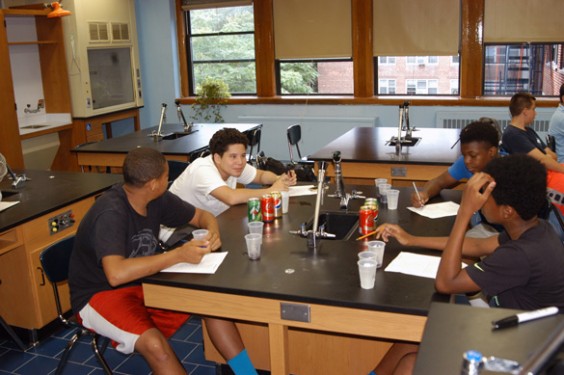 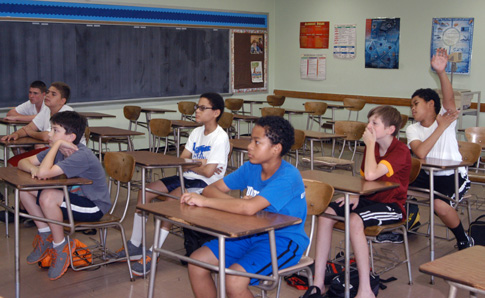 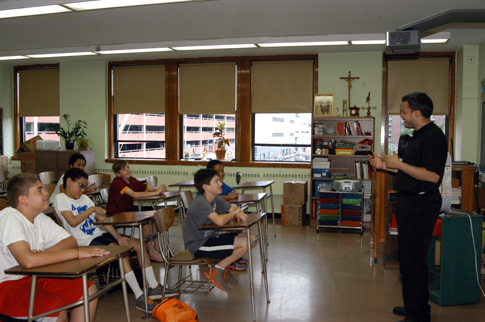 The message of faith and hope needed to become a Jedi was incorporated into different aspects of the four-week program and the sports teams were named after movie characters, Father Kuroly said.

Connor Herrera, who will be a senior at the school, ran the sports program. In this role, he created the schedules for games and organized teams named for Star Wars characters.

“This has helped me to be a better leader in life,” he said. “And to take command and responsibility for others’ actions when necessary.”

He was looking forward to seeing how referees and campers improved by the end of the summer.

“You helped them, you supported them, so it’s good to see them succeed,” he said.