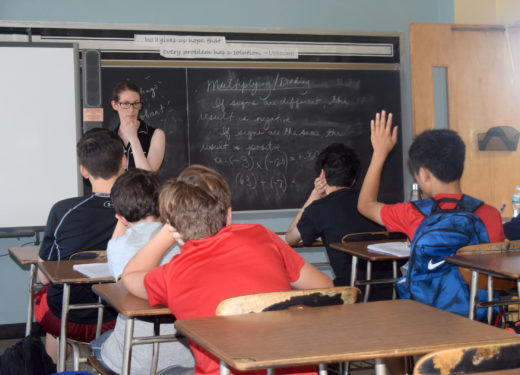 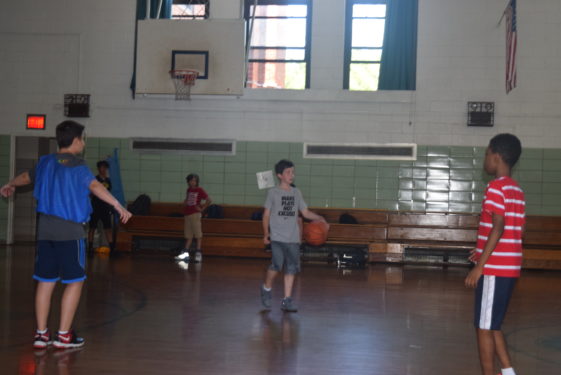 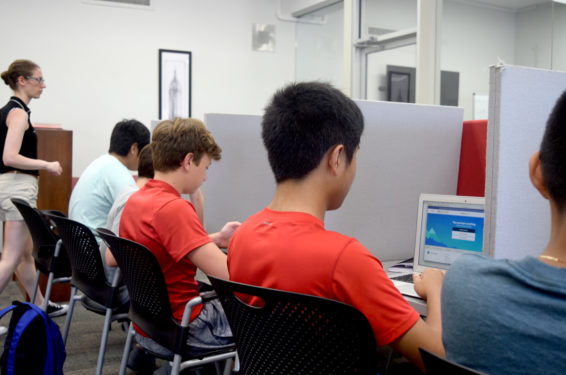 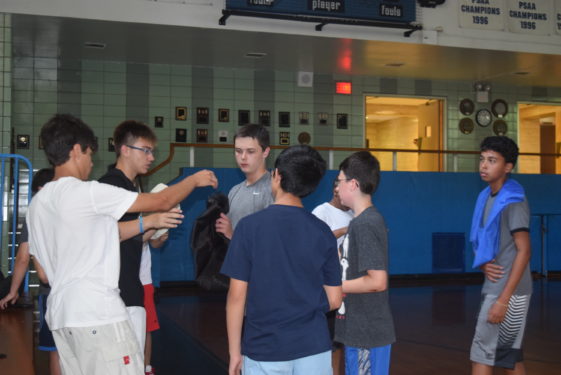 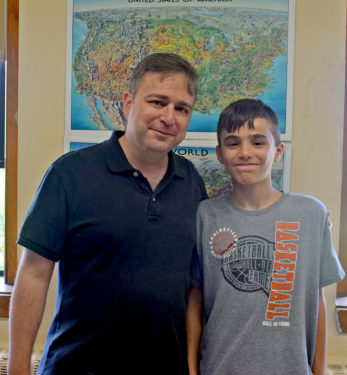 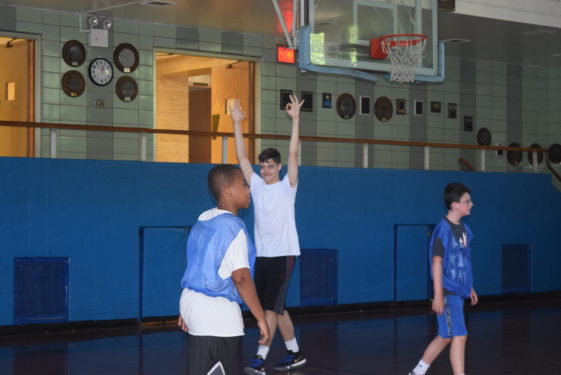 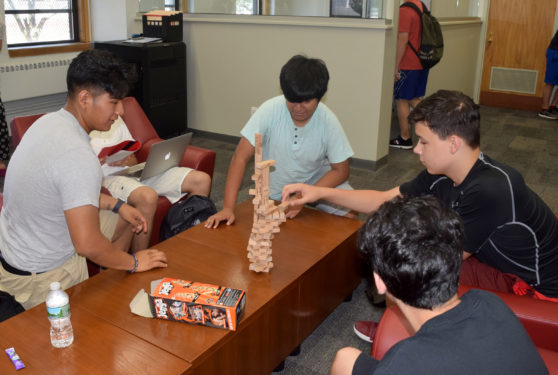 The summer months may seem like the perfect opportunity for young students to forget about their studies, but the sixth, seventh and eighth graders of the Father Troike Summer Leadership Program choose to spend their time learning how to be better leaders.

For the past 51 years, Cathedral Prep School and Seminary, Elmhurst, has hosted the camp to teach boys of the diocese about their faith, strengthen their academic skills and develop their leadership abilities.

Father Edward Troike, the camp’s namesake, is remembered as an extraordinary leader in the Cathedral community. He joined the Prep faculty in 1962. He served as a math teacher and spiritual director until he lost his battle with cancer at the age of 43. Throughout his fight, Father Troike was still a shining presence at the school, guiding students and growing in his ministry. His enthusiastic spirit is still alive and well at the Prep, especially in the Troike Program.

History teacher Peter Sammarco, Cathedral alumnus and former Troike student and counselor, recognizes what this program means for the boys.

“They all can interact with one another and create lasting friendships. For the freshmen coming in, it is a great way to start their time at Cathedral,” he said.

Each day begins with an optional Mass where students can gather together in prayer. After Mass, the boys are greeted by counselors and teachers in the gymnasium before going to their classes.

The rising seventh-grade “Squires,” eighth-grade “Crusaders,” and incoming freshmen, known as the “Men for Greatness,” each have their own schedule of academic courses.

Building on what they learned during the school year, teachers reinforce skills through math problems, theology lessons and English projects. The day is packed with activities, mostly lead by Cathedral Prep students, who teach by example what it means to be a young leader.

Louis Sanchez, a rising seventh grader, said that he admires the student counselors. “I look up to them. They show me what it is like to be a leader,” he said.

Everyone’s favorite time of day is the afternoon, when participants play basketball in the gym or softball at the park. Playing sports builds the camaraderie between the boys with something they can all enjoy.

Like Cathedral Prep, the Troike Program is also a family affair with generation upon generation attending the school and camp.

This summer, Deacon Philip Franco, a teacher at Cathedral Prep and an alumnus, is having his first Troike Program experience alongside his son, Dominic. Although Deacon Franco did not attend the Troike Program, he has heard of its lasting legacy.

Dominic, a first-year Squire, enjoys going to camp and spending time at his father’s alma mater. “I have met some new friends and saw some old ones too. It’s a lot of fun,” he said.

It may come as a surprise, but one of Dominic’s favorite parts of the program is spending time in his father’s class. “I like the way he teaches. It’s cool to have him as a teacher,” he said.

“Getting to see him interact with his friends and learning is something I look forward to,” he said.

As the oldest of Deacon Franco’s three sons, Dominic has an important leadership role at home as well. The Troike Program is helping him develop his skills even further, discovering how to be a better sibling and friend. Dominic hopes his younger brothers will follow in his footsteps and attend the Troike Program in the future.

“When I go home, I tell them about the program and all of the fun I had,” he said.

As a rising seventh grader, Dominic has a lot to think about concerning high school, but the Troike Program has made his decision somewhat easier. “I would like to come to Cathedral Prep and that is really because of coming [to Troike] over the summer,” he said.

Deacon Franco remembers his own time at the Prep, saying “I would not trade those four years for anything,” and he hopes Dominic gets to have the same experience.

Counselor Miguel Flores perfectly sums up what it means to be a Crusader: “It is a real community here. No one gets left behind.”

Cathedral Prep has always been a place where boys can gather to learn and grow in their faith and academics and it is no different at the Father Troike Leadership Program. Attendees come away with new skills, lessons and memories that will last a lifetime.