Building on more than a century of tradition, the Jesuits are back in Brooklyn embarking on a new approach to collaborative ministry with a focus on youth and young adults.

Eight men – six priests and two brothers – who belong to the New York Province of the Society of Jesus have taken up residence in the former rectory and office buildings of St. Ignatius parish on Carroll St. and Rogers Ave. in Crown Heights.

“It is an experiment of sorts,” said Brooklyn-born Father Ken Gavin, vice superior of the new community. “The idea was that we’d come here and make ourselves available to what the apostolic needs are. It is a different form of collaboration than what we’ve been thinking about in the past.”

When the Jesuits first arrived in the diocese in 1908, their focus was education. They founded Brooklyn Prep, a high school they conducted on Carroll Street until it closed in 1972, and they assumed administration for the adjacent Church of St. Ignatius, until it merged with St. Francis of Assisi-St. Blaise parish, Crown Heights, in 2011. At that point, the Jesuits left the diocese.

This time around, they are not running a school or parish, but rather making themselves available to those entities and ministries that already exist.

“Today, the diocese is different. The population is vastly different. And so we’re trying to meet those needs,” explained Father Anthony SooHoo, who grew up in Holy Family parish, Flushing. 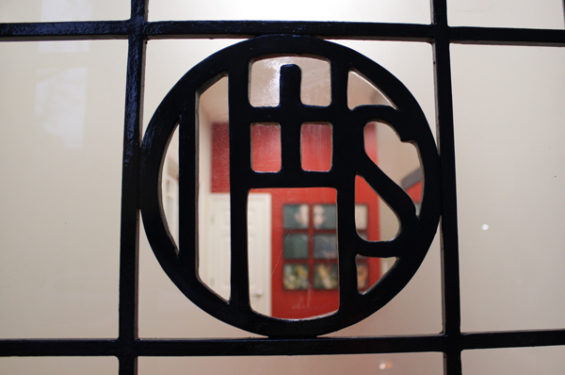 “We have to adopt and adapt to the times, and that’s what this experiment is about – trying to find ways to serve the local community.”

The decision to return to Brooklyn was the result of prayer, discernment and conversations with potential partners in ministry, including Brooklyn Jesuit Prep, Prospect Heights; Cristo Rey Brooklyn High School, East Flatbush; Reconnect in Bedford-Stuyvesant and St. Francis of Assisi-St. Blaise parish.

“Each time we asked if those ministries would like to see the return of the Jesuits, we heard a ‘yes,’ loud and clear,” said Father Edward Quinnan, S.J., provincial assistant for pastoral ministries for the Maryland and USA Northeast Provinces.

“Rather than start something new, we heard the call to assist existing ministries, bringing our own energies and expertise to these apostolates.”

Plans moved forward with the approval of Father John Cecero, S.J., provincial, and Jesuits began moving into the new Carroll Street Jesuit Community at the beginning of the year.

From the outside, the residence looks like most area apartment buildings with the exception of a simple metal cross on the exterior wall, and an iron IHS monogram on the front door that was part of the former church. In sharp contrast, the newly renovated interior is airy, bright and modern with multipurpose gathering spaces.

There is a strong sense of mission and camaraderie among this Jesuit community’s members, who range in age from 42 to 84, and collectively have a unique array of skill sets and experiences, from the fields of education and advocacy for refugees, to puppetry and playwriting. Most are actively ministering at several sites in the diocese. And though some work and study outside of Brooklyn, they make time to minister locally as well.

A large part of the community’s ministry is dedicated to supporting education at Brooklyn Jesuit Prep and Cristo Rey, both schools in the Jesuit tradition. At the Prep middle school, Jesuits are teaching classes, mentoring young faculty, celebrating weekly liturgies and serving on the board. Their involvement at Cristo Rey is focused on providing ongoing spiritual formation for the faculty.

Father Rivera, former theology teacher and chaplain at Xavier H.S., Manhattan, says his new ministry is “intense,” but he enjoys the work. One of the high points for him has been directing faculty and staff retreats rooted in the spiritual exercises of St. Ignatius.

“The exercises really tap into our psychology and the way we (Jesuits) live – finding God in all things,” he said. “That becomes extremely important in these apostolates that we start,” like Brooklyn Jesuit Prep and Cristo Rey, “where you want them (faculty) to have the spirituality that goes with the entire package.”

Fostering spirituality and community among young adults is also the focus of a major project at Our Lady of Refuge parish, East Flatbush, a dynamic community where the Jesuits organize a weekly young adult liturgy called Sundays@Six. Masses are celebrated every Sunday at 6 p.m., followed by a social hour.

The aim is to offer young people “a meditative way of beginning the week” and introduce them to Ignatian spirituality, said Father SooHoo. He coordinates the liturgies, which fit well into his schedule at New York University, where he is pursuing doctoral studies in Mesopotamian religion and cuneiform.

Father Gavin noted that the liturgy is also a way to build bridges between locals and newcomers who are gentrifying the neighborhood. “Right now, it’s a love fest,” he said, “but trying to bring those people together will have its difficulties. I think it (Mass) is a good place to start.”

Father Michael Perry, pastor of Our Lady of Refuge, agrees, and is thankful for the Jesuits’ assistance at his parish. “The feedback has been very positive,” he said. “There is potential here, and the gifts they bring are amazing.”

Jesuits are also offering occasional help with liturgies at St. Francis of Assisi-St. Blaise and the Oratory Church of St. Boniface, Downtown Brooklyn. They are available to give spiritual talks and offer sacramental assistance on an ad hoc basis.

They have also partnered with Passionist Father Jim O’Shea, director of Reconnect, a non-profit that aims to employ, educate and elevate youth from the streets to positions of leadership. Fathers Gavin and Quinnan are tutoring and mentoring students in Reconnect’s education program.

In addition to the projects already underway, the Jesuits are looking to start a campus ministry program at Medgar Evers College, located on the former campus of Brooklyn Prep, and they would like to connect with families living in the five-story homeless shelter built on the former site of St. Ignatius Church. A special outreach to children through puppetry is another project Brother Ed Sheehy hopes to offer.

“I’m kind of amazed we’ve come this far in this amount of time,” Father Rivera said. “But we still have more to do.”

3 thoughts on “The Jesuits Are Back Ministering in Brooklyn”