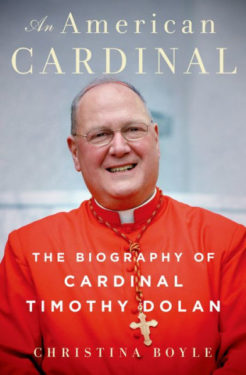 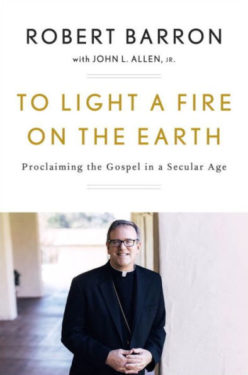 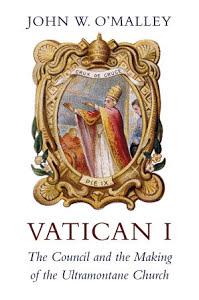 “The Fulfillment of All Desire: A Guidebook to God based on the Wisdom of the Saints,” by Ralph Martin

“A River in Darkness: One Man’s Escape from North Korea,” by Masaji Ishikawa

“An Artist of the Floating World,” by Kazuo Ishiguro

“See How She Loves Us,” by Joan Carroll Cruz

“The Works of Mercy,” by Pope Francis

“The Courage to be Happy,” by Pope Francis

“How The Light Gets In,” by Brian Doyle

“Attack on the Liberty,” by James Scott

“The City of God,” by Saint Augustine translated by Marcus Dods, D.D.

“Winning the Battle Against Sin, Hope-Filled Lessons From the Bible,” by Father Mitch Pacwa, S.J.

“The Lion of Munster: The Bishop Who Roared Against the Nazis,” by Daniel Utrecht

“Pistaco: A Tale of Love in the Andes,” by Lynn F. Monahan

“The Nightingale,” by Kristin Hannah

“Personal Recollections of Joan of Arc,” by Mark Twain

“To Light a Fire on the Earth,” by Bishop Robert Barron and John L. Allen, Jr.

“The World According to Bob,” by James Bowen

“Creation and the Cross,” by Elizabeth Johnson

“The Bucolic Plague,” by Josh Kilmer-Purcell

“Self-Awareness in Animals and Humans,” by Sue Taylor Parker and Robert W. Mitchell

“Orangutans: Wizards of the Rainforest,” by Anne E. Russon

“The Thinking Ape,” by Richard Byrne

“The Animal Mind,” by Kristen Andrews

“Origins of Intelligence: The Evolution of Cognitive Development in Monkeys, Apes, and Humans,” by Sue Taylor Parker and Michael L. McKinney

“The Orangutans: Their Evolution, Behavior, and Future,” by Gisela Kaplan and Lesley J. Rogers

“Terrorists Or Freedom Fighters? Reflections on the Liberation of Animals,” by Steven Best and Anthony J. Nocella II, eds.

“Three Days in Moscow: Ronald Reagan and the Fall of the Soviet Empire,” by Bret Baier

“Ice Capades: A Memoir of Fast Living and Tough Hockey,” by Sean Avery

“No Enemies, No Hatred,” by Liu Xiaobo

“Pope Francis and the Theology of The People,” by Rafael Luciani

“A Case of Two Cities,” by Qiu Xiaolong

“The Gatekeepers,” by Chris Wipple

“99 Stories of the Game,” by Wayne Gretzky

“From Islam to Christ,” by Derya Little

“Sylvia Beach and the Lost Generation: Literary Parish in the Twenties and Thirties,” by Noel Riley Fitch

“Some Sort of Epic Grandeur: The Life of F. Scott Fitzgerald,” by Matthew J. Bruccoli

“How Did Lubitsch Do It?,” by Joseph McBride

Corrections:  On our first list of summer books (June 30 – July 7), we listed contributor Joe Brostek as being from St. Kevin’s parish, Flushing. Everyone in Flushing knows that Joe is actually from St. Andrew Avellino parish… Also misidentified was Carolyn Quadarella, who is a parishioner at St. Ephrem, Dyker Heights, and St. Mark the Evangelist, Tucson Ariz. She is not a professor at St. Francis College.

Final call for your reading list: If you wish to have your summer selections listed in  the final installment of our summer reading features, simply send your titles and authors to ewilkinson@desalesmedia.org.