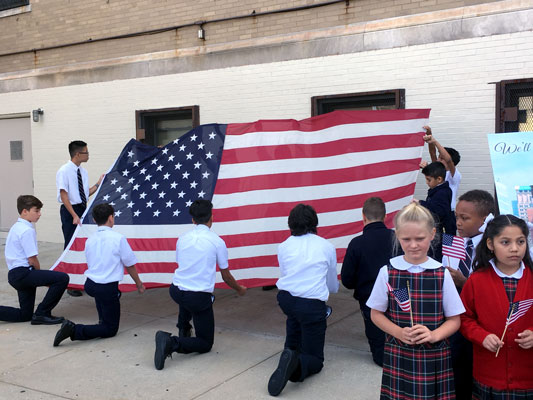 Students at St. Mark Catholic Academy, Sheepshead Bay, commemorated the 16th anniversary of the terrorists attacks of Sept. 11, 2001 with a morning prayer service in the schoolyard. Students were involved in readings, prayers and petitions. The observance began with the Pledge of Allegiance and concluded with the singing of “God Bless America.” The flag was displayed by the eighth-grade boys. A bell was tolled for those fallen from the parish and school community. Also participating were Father Robert Mucci, pastor; Father Michael Panicali, parochial vicar; and the principal, Carol Donnelly. 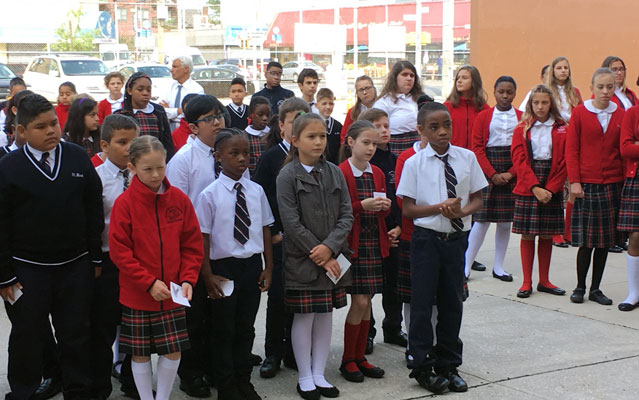