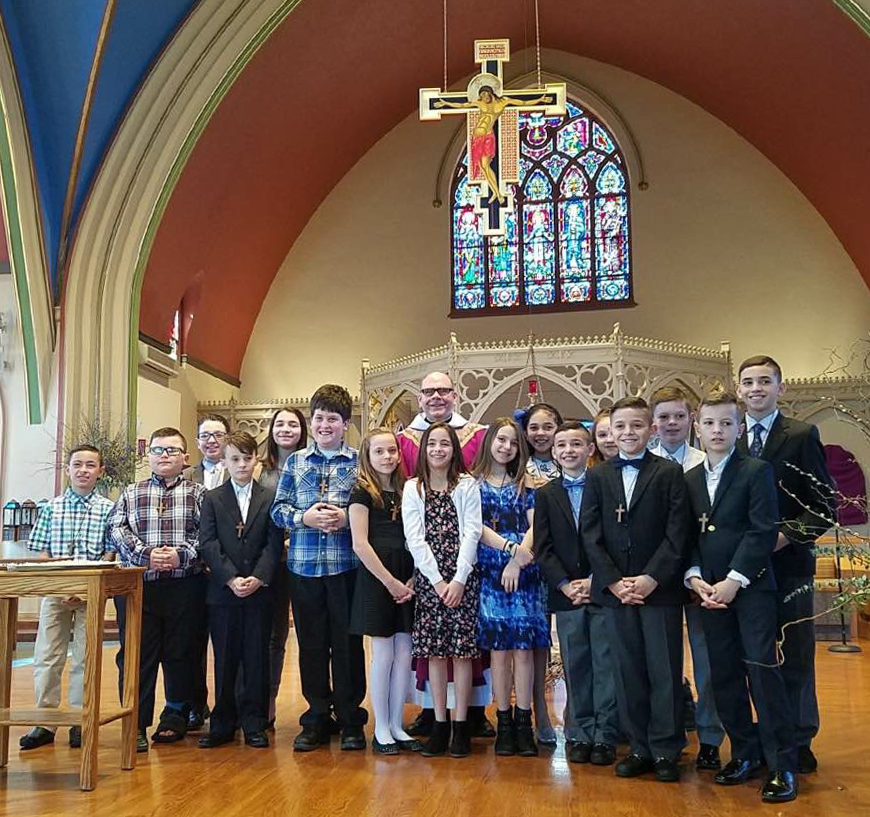 Seventeen new altar servers were installed at St. Luke’s Church, Whitestone, April 2 at the 10:30 a.m. Mass by Father Peter Penton, parochial vicar. Father Penton blessed and distributed crosses, which the servers will wear every time they serve, and bestowed a special blessing upon the young people. Afterward, the new servers enjoyed a luncheon with their families and friends.

Join the Sisters and others in celebrating the 200th anniversary of the Sisters’ presence in New York. A cocktail reception is set for May 18, 6-9 p.m. at The Lighthouse at Chelsea Piers.

Kaitlin Leonard has been named the new director of development for the Catholic Foundation for Brooklyn and Queens and Futures in Education.

Leonard brings with her over nine years of development experience, much of it at CCS Fundraising, where she participated in and ran multiple successful projects with a specialization in fundraising for religious organizations.

In her most recent role as assistant vice president, she was instrumental in leading a team responsible for managing the Generations of Faith Capital Campaign for the Diocese of Brooklyn. Under her leadership, the campaign raised $128 million on a $80 million goal.

Working on the Generations campaign, she has forged close relationships with the people of the Catholic Church in diocesan parishes and is excited to now lead the development efforts of the various programs run by the Catholic Foundation and Futures in Education for the benefit of the ministries in the Diocese.

A graduate of St. Joseph’s University in Philadelphia, Pa., Leonard previously served as a gift officer at American University in Washington, D.C.

This week’s Tip of the Tablet Talk Top Hat goes to Gerald Tortorella who will retire as director of the diocesan Pastoral Institute in August.

A parishioner at St. Andrew Avellino Church in Flushing, Tortorella has been involved in the field of lay formation for ministry with the Pastoral Institute for a decade, serving as a participant, assistant director and now director.

He will be honored at the annual Diocesan Recognition Mass and Commissioning Celebration, set for May 18.

The Cathedral Seminary Golf Classic will be held at the Clearview Park Golf Course in Bayside, on Wednesday, May 16.

Day begins at noon with registration and lunch, followed by a shotgun start at 1 p.m. Cocktails and dinner will be held at the Immaculate Conception Center, Douglaston, starting at 6:30 p.m. 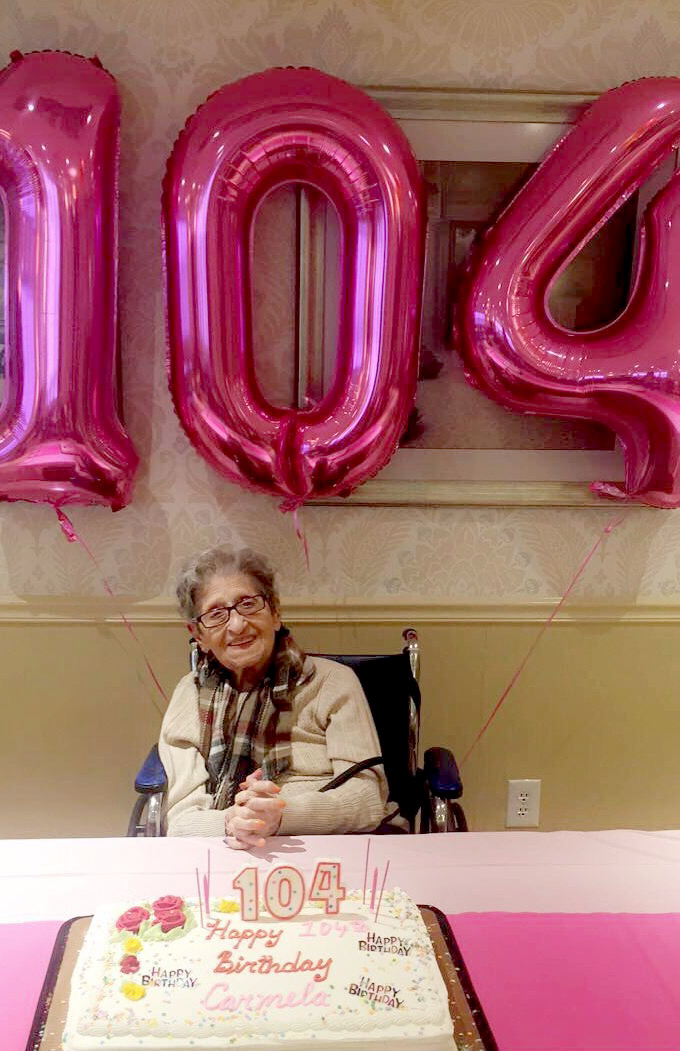 Carmela Prinzi celebrated her 104th birthday at the Bensonhurst Center for Rehabilitation and Healthcare earlier this year.

Born in Brooklyn, Prinzi was a longtime parishioner at Our Lady of Guadalupe Church, Dyker Heights. She and her late husband of 60 years raised three daughters and have seven grandchildren and 13 great grandchildren.

At the Bensonhurst Center, where Prinzi lives, she loves to sing songs from her youth. Her favorite tune to share is “Let Me Call You Sweetheart.”