Mendez had his way with Maritime pitching as St. Joseph’s swept the Privateers on Saturday in their lone games of the week. The senior went 4-for-5, smashing four home runs on the day, including a school-record-tying three in game one of the twinbill. 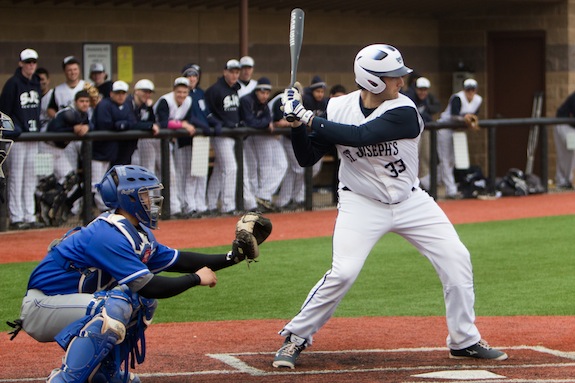 The outfielder concluded the opener of the doubleheader 3-for-3 with three runs scored and a career-high eight RBI with four coming on the slugger’s first career grand slam and the school’s first since 2010. During the doubleheader, Mendez hit for the home run cycle and became the all-time career home run leader in school history with 14 dingers.