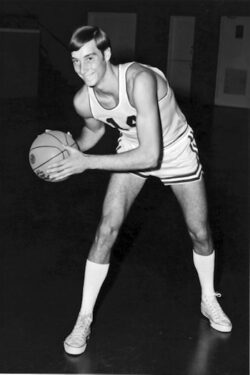 Father Timothy J. Hirten, a former professional basketball player who was ordained a priest for the Diocese of Brooklyn in 1993, died on Aug. 16 at the age of 66.

Before entering the seminary at the Pontifical North American College in Rome in 1987, he played professional basketball all over the world. His career began with the Scranton Apollos of the Eastern Basketball Association, and he then played in Belgium, Lithuania, Washington, D.C., the Philippines and Israel.

After two parish assignments in the diocese, he entered the U.S. Air Force and served as chaplain on a number of bases.

Building a foundation for the future of Catholic Youth Organization (CYO) sports is important to continue the tradition of serving the youth of the Diocese of Brooklyn and Queens. Consider making a donation to the CYO’s ongoing fundraiser. Visit https://www.cyodob.org/donate/ for more information.

If you prefer to contribute by check, please mail checks payable to “Catholic Youth Organization” to the CYO office:

While many of New York State’s children do not regularly swim in a pool, lake or ocean or live near water, drowning is a leading cause of death for children under 14, with children of color three times more likely to drown. As many as 95 percent of drownings are preventable, according to the foundation.

Since 2007, Swim Strong has taught more than 10,000 people how to swim. For more information on the proposed bills, visit swimstrongfoundation.org.