Rich Kosik, a recent inductee of the Baseball Old-Timers of America Hall of Fame, died Aug. 11.

Born in the Bronx, Kosik played Catholic Youth Organization sports at Immaculate Conception, Astoria. From there, it was on to Rice H.S., Manhattan, and St. Mary of the Plains College, Dodge City, Kan., where he focused on basketball.

In 1968, he returned to the Big Apple and started a teaching career with the NYC Board of Education, from which he retired in 2003. He always was an advocate for student- athletes, leading to his work with Athletes for Better Education.

“He was instrumental in the CHSAA guiding kids,” said Don Kent, former varsity basketball coach at Christ the King H.S., Middle Village, and Msgr. McClancy H.S., East Elmhurst. “I knew him from our college days. He helped a lot of kids who went on to the NBA, and he helped a lot of kids make college decisions. He always stressed academics first.” 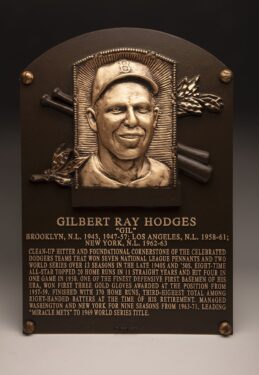 Aug. 31 marks the anniversary of now-Hall of Famer Gil Hodges’ four-home-run game in 1950 at Ebbets Field. Hodges became the first National Leaguer in the 20th Century to accomplish the feat.

The Dodgers beat the Boston Braves 19-3, and Hodges finished 5-for-6 with the four homers and a single to set the modern record with 17 total bases (since broken by Shawn Green with 19) to go along with a franchise record nine RBIs (since tied by James Loney).