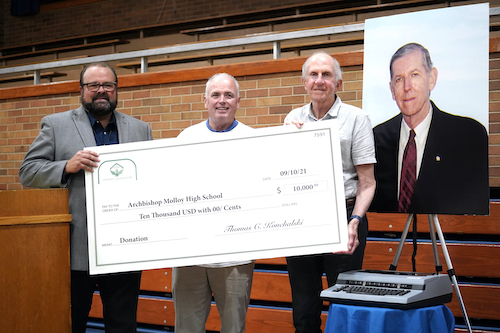 A memorial event was held Sept. 10 at Archbishop Molloy H.S., Briarwood, for the late great Tom Konchalski, the longtime high school basketball scout who died Feb. 8 at the age of 74.

Konchalski, a daily communicant at Our Lady Queen of Martyrs in Forest Hills, was known throughout the Diocese of Brooklyn as the consummate gentleman who produced the renowned High School Basketball Illustrated newsletter – a vital resource for college hoops coaches up and down the East Coast.

Through his scouting work and connections with high school and college coaches, the Naismith Memorial Basketball Hall of Fame candidate helped thousands of young men advance their athletic and educational opportunities on the collegiate level.

The highlight of the evening was the launch of the Thomas C. Konchalski Foundation, which will raise money to provide tuition assistance to high school students in need. 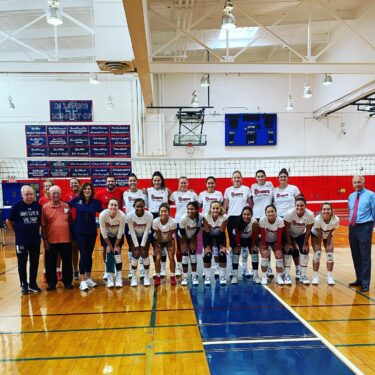 Persico is the only head women’s volleyball coach in program history and is the longest tenured female coach in school history. She is a member of both the St. Francis Prep and GCHSAA Halls of Fame.

“High school is for four years. St. Francis Prep is forever, and having my team train in the gym where I learned how to play while meeting my teachers and mentors was priceless,” she said.

Devin Grant, a senior free safety on the Holy Cross H.S., Flushing, varsity football team, has committed to play at the University of Buffalo, N.Y.

St. John’s University, Jamaica, baseball product Frank Schwindel was recently named National League Rookie of the Month for August. Playing for the Chicago Cubs, the 29-year-old first baseman batted.344 with six home runs and 18 RBIs for the month. He was claimed off waivers from the Oakland Athletics in mid-July and began receiving regular playing time with the Cubs once the team traded longtime first baseman Anthony Rizzo to the New York Yankees.