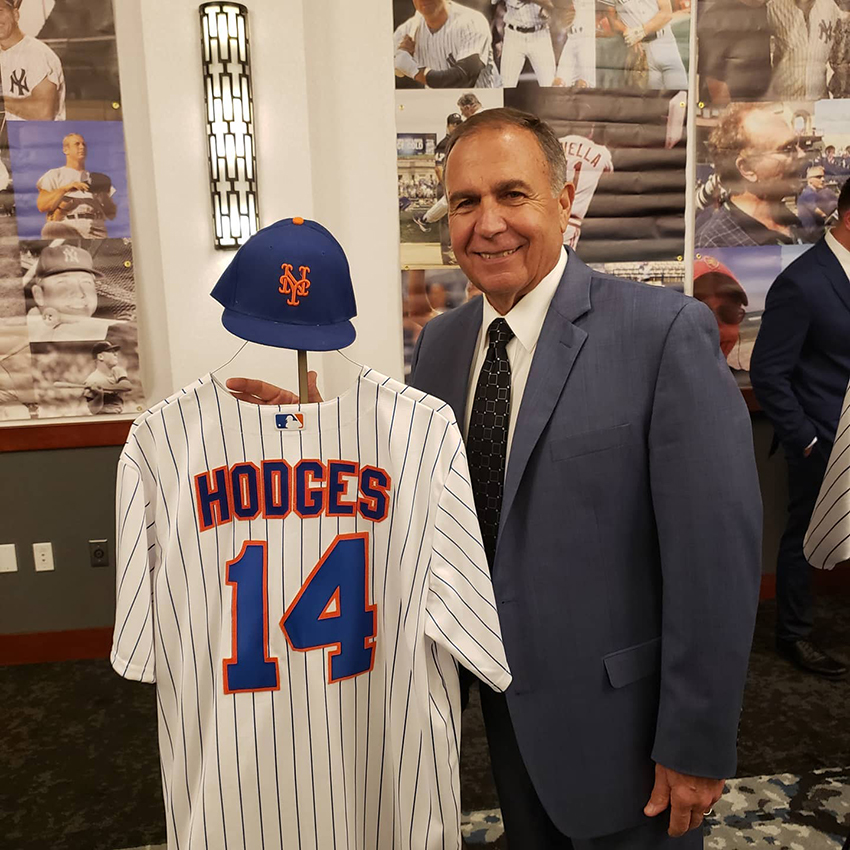 Hodges will once again be on the ballot this fall, as the Golden Days Committee of the National Baseball Hall of Fame will determine whether the Brooklyn Dodger legend will be enshrined in Cooperstown, N.Y.

Former Archbishop Molloy H.S., Briarwood, and St. John’s University, Jamaica, baseball standout Tom Hackimer is now pitching in the New York Mets organization. A shortstop in high school, Hackimer excelled on the pitching mound for the Johnnies. He was initially drafted by the Mets in 2015 but opted to return to St. John’s for his senior. He then was drafted by the Minnesota Twins.

The Twins released the side-arming righty reliever earlier this season. He immediately signed with the Mets. He’s currently pitching out of the bullpen for the Mets’ Triple-A affiliate in Syracuse. He had not been scored upon through his first eight appearances and picked up three saves.

Brooklyn’s own Pete Gillen, a color analyst for CBS Sports Network, has been named a recipient of the Joe Lapchick Character Award, which recognizes those in the local basketball community who have shown the character traits of Lapchick, who coached at St. John’s University, Jamaica, and with the New York Knicks.

This will be the 13th year the award will be presented. Last year’s ceremony was postponed due to the COVID-19 pandemic. This year’s ceremony is set to take place Sept. 24 in Manhattan.

Gillen played Catholic Youth Organization (CYO) basketball at St. Patrick’s and Our Lady of Angels, both Bay Ridge. He then went on to star at Brooklyn Prep, Crown Heights. He later transitioned into the coaching ranks, first as a CYO basketball coach at Holy Name of Jesus, Park Slope. He then coached at Brooklyn Prep and later Nazareth H.S., East Flatbush.

From there, it was on to a 30-year career as a college basketball coach, including head coaching jobs at Xavier University, Providence College and the University of Virginia. Gillen will be honored alongside fellow local hoops products Len Elmore and Nancy Lieberman.