Charlie Neuweiler, a 2017 graduate of Msgr. McClancy H.S., East Elmhurst, was a member of the pitching staff of the Quad Cities River Bandits who recently won the High-A Central League championship. The River Bandits are a minor-league affiliate of the Kansas City Royals. 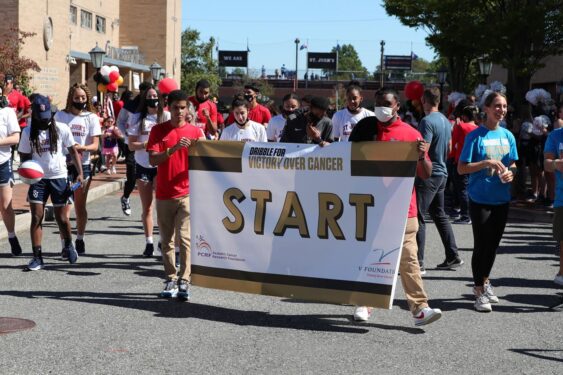 The St. John’s University, Jamaica, men’s and women’s basketball programs continued their fall tradition by hosting the 11th annual Dribble for Victory over Cancer event. In total, the teams raised over $75,000 to support work that will one day defeat pediatric cancer.

Dribble for Victory over Cancer, formerly known as Dribble for The Cure, is a joint venture between the Pediatric Cancer Research Foundation and the V Foundation for Cancer Research to end childhood cancer. All proceeds from the event support the work of Dr. Mitchell Cairo, Chief of Pediatric Hematology, Oncology and Stem Cell Transplantation at New York Medical College.

Clark, who teaches chemistry and AP environmental science and co-chairs the Science Research Program at the Prep, ran alongside members of the Kings Park, L.I., Fire Department, where she serves as a volunteer. As she has done in the past, she ran the race in full turnout gear to honor Siller’s sacrifice.