St. Joseph’s College Brooklyn, Clinton Hill, sophomore Grace Kane was named to the 2021 Skyline Conference Women’s Volleyball All-Sportsmanship Team. A graduate of Fontbonne Hall Academy, Bay Ridge, Kane played in all-but-one set for the Bears this season and was a full rotation player who finished second on the team in digs (198) and third in kills (106) and aces (24). The rookie opposite hitter also logged three matches with double-digit kills. 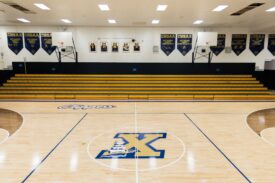 Xaverian H.S., Bay Ridge, has installed a new floor in its school gymnasium. More than 200 student-athletes were on hand as school chaplain Father Sean Suckiel blessed the Clippers’ renovated court. 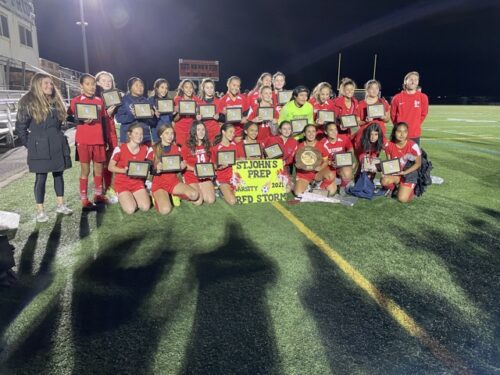 Check out this round-up of fall high school sports champions from throughout the diocese.

The St. Francis Prep varsity team, which competes in the Long Island division, won the island, city and state championship – marking the 19th time within the past 21 years that the Terriers have won a state title.