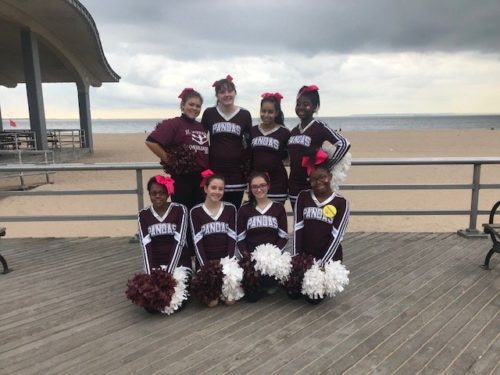 It was a true family affair on Nov. 2, as the men’s basketball teams from Baruch College, Manhattan, and Manhattanville College, Purchase, N.Y., squared off in a preseason scrimmage.

John and Chris are the sons of Jack Alesi, former Clippers boys’ hoops coach who was a seven-time CHSAA Coach of the Year during his 21 seasons at Xaverian before retiring in 2016.

The game was not scored officially, but it did give each squad a chance to see some local competition. Manhattanville opens its season on the road at Pratt Institute, Downtown Brooklyn, on Nov. 19, while Baruch played its first game at SUNY New Paltz, N.Y., on Nov. 9.