Gary Perone, who has worked for the Brooklyn Cyclones in many capacities in the franchise’s 20-year history, has accepted the general manager position for Staten Island’s new Atlantic League baseball team – set to debut in summer 2022. Perone, a Bensonhurst native who grew up as an altar server at St. Finbar, Bath Beach, played baseball at Bishop Ford H.S., Park Slope, and then earned a psychology degree with a minor in business at St. Francis College, Brooklyn Heights. 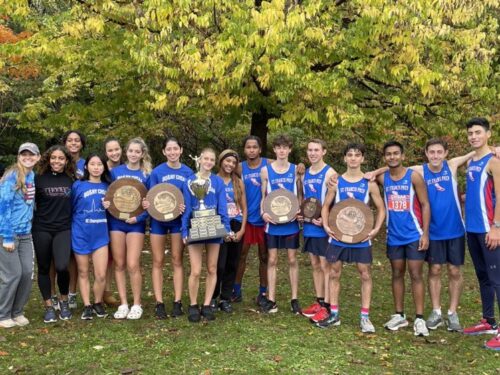 The boys’ and girls’ varsity cross-country teams at St. Francis Prep, Fresh Meadows, turned in strong efforts on Oct. 30 at Van Cortlandt Park, the Bronx, to each capture their respective Brooklyn/Queens championships.

The girls went on to take home a city title as well, while the boys finished third in the city championship.