The rivalry is already brewing!

The Diocese of Brooklyn and the Brooklyn Cyclones will be hosting Catholic School Night Monday, June 25 at MCU Park in Coney Island.

Prior to the Cyclones playing the Lowell Spinners at 7 p.m., priests of the diocese will take on school principals in a “Collars vs. Scholars” softball game. Rumor has it that the priests have been busy practicing their skills on the diamond.

Join us as we celebrate the diocesan MVPs and the students’ accomplishments from the school year.

Nazareth H.S., East Flatbush, will host its annual Eugene McCarthy Memorial 5K Run/Walk Saturday, June 2 in Marine Park. The race honors the memory of Maj. Eugene McCarthy, a 1973 graduate of Nazareth who gave his life for country in 1991 during Operation Desert Storm.

Maj. McCarthy had been volunteering for a special Cobra Unit when on Feb. 2, 1991, he and his fellow pilot were killed when their UAH-1 Cobra helicopter accidentally crashed in Saudi Arabia while on an escort mission. He was the first Brooklyn casualty of the 1991 Gulf War.

To honor his sacrifice, the Nazareth community has held a 5K memorial race on the same paths that Maj. McCarthy traversed while on leave from the armed forces.

Registration starts at 8 a.m., with the race beginning at 9 a.m. The registration fee is $20 beforehand and $25 on race day. 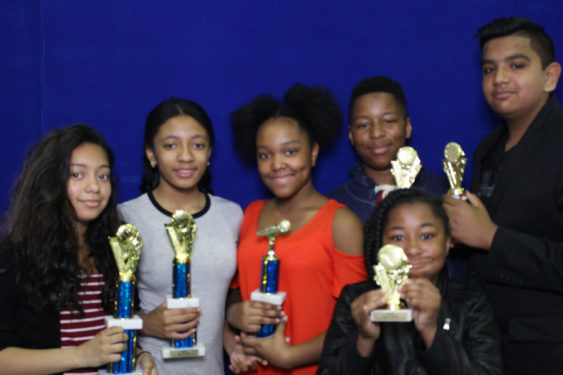 Baldassare oversees the after-school sports program. Students in grades kindergarten through eighth partake in all sports imaginable, including basketball, volleyball and soccer. He also spearheaded a fundraising campaign throughout the school year through tournaments, bake sales and ice cream sales.

The funds were able to provide the trophies as well as sports equipment for the school, which now has two new regulation-size basketball hoops and two junior-size hoops for the early childhood students.