Holy Cross H.S., Flushing, graduate Jaylen Palmer was assigned to the St. Lucie Mets, the New York Mets’ Low-A minor-league affiliate. The infielder was drafted in the 22nd round of the 2018 MLB Draft and was a two-time Tablet All-Star for the Knights.

Xavier Wright, a senior track and field athlete at Christ the King H.S., Middle Village, has committed to St. Francis College, Brooklyn Heights. “I want to thank my coaches and my entire Christ the King family who have helped pave the way for me academically and athletically,” he said.

On May 8, the Holy Cross H.S., Flushing, girls’ varsity basketball team won the first game in program history with a 48-32 victory over Xaverian H.S., Bay Ridge. The game was part of the GCHSAA’s spring exhibition series hosted at Island Garden in West Hempstead, L.I.

“We have been working out for a few months according to strict guidelines,” said head coach Tom Catalanotto. “It has been hard on everyone involved not knowing if there would be games. So the event at Island Garden has been a blessing.” 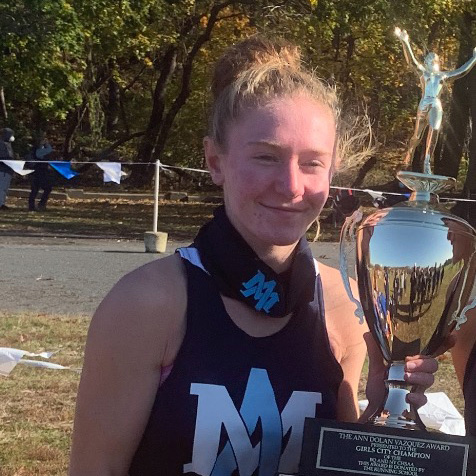 Archbishop Molloy H.S., Briarwood, sophomore Grace Murphy had an impressive showing May 8 at the Sophomore Intersectional Championships at Icahn Stadium on Randall’s Island.