Emily Engstler, a small forward on the University of Louisville’s women’s basketball team, was named a finalist for the Naismith Women’s College Basketball Player of the Year Midseason Team. Engstler was a McDonald’s High School All-American while playing at St. Francis Prep, Fresh Meadows. Through her first 26 games this season, she’s averaged 11.2 points and 8.9 rebounds per game. 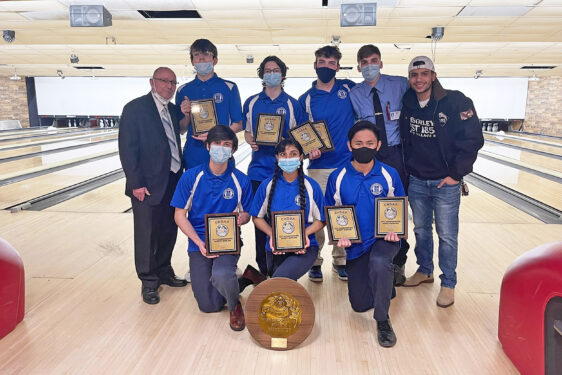 The Archbishop Molloy H.S., Briarwood, varsity bowling team won this year’s city championship. In the final match, the Stanners defeated La Salle Academy, Manhattan, 3-2. Senior Dan Hickey bowled a 224 in Game 1 and a 206 in Game 2. In Game 3, freshman Nico Tolentino bowled a 240, which was the high mark of the city championship match. The team is coached by Vinny Leonardo.