Several athletic honors will be handed out June 4 at the 60-Year Anniversary Summer Soiree at Nazareth H.S., East Flatbush. Former basketball standout Darnell Williams of the Class of 1995 and former athletic director Rick Dolan will be inducted in the school’s Athletic Hall of Fame. 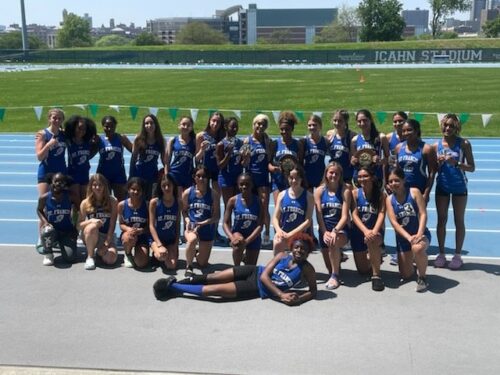 When “The Battle in The Apple” basketball tournament came to Queens in late May, it brought some superstar power with it. The three-day tournament started at Msgr. McClancy H.S., East Elmhurst, and then shifted to St. John’s Prep, Astoria.

The next day at St. John’s Prep, LeBron was joined by another NBA Al-Star, Carmelo Anthony, who was there to watch his son Kiyan, a freshman at Christ the King H.S., Middle Village.