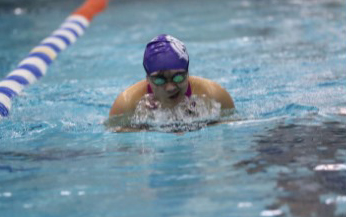 Senior Jennalynn Langaman of St. Edmund Prep H.S., Sheepshead Bay, has been accepted as an All-American Academic Swimmer by the National Interscholastic Swimming Coaches Association of America, Inc. Over 350,000 student-athletes nationwide are involved in aquatics at the high school level competing for nearly 17,500 programs for boys and girls. Of these, just 2 percent are recognized annually as high school All-Americans.

June 25 marked the 20th anniversary of the first-ever home game in Brooklyn Cyclones history. Trailing 2-0 in the ninth inning, the Cyclones tied the game and later won in extra innings to record eh first victory in franchise history. Future New York Mets Mike Jacobs, Danny Garcia and Ángel Pagán were in the lineup for Brooklyn that day.

The Xaverian H.S., Bay Ridge, varsity baseball team completed a two-game sweep of Msgr. McClancy H.S., East Elmhurst, to capture the ‘AA’ Brooklyn-Queens championship. In a typical CHSAA varsity ‘AA’ baseball season, this would have given the Clippers preferential seeding in the Catholic League’s intersectional baseball playoffs – a double elimination tournament that combines the top teams from the Diocese of Brooklyn and Archdiocese of New York.

Due to the COVID-19 pandemic, this spring’s format was slightly different. The intention was for the Brooklyn-Queens champion (Xaverian) to take on the Archdiocesan champion (St. Joseph by the Sea H.S., Staten Island) in a one-game city championship final at St. John’s University, Jamaica.

St. Joseph elected not to play the city championship game. Here is a full statement from CHSAA President Ray Nash:

“It was a very sad day for the CHSAA that for the first time in over 65 years, a ‘AA’ city championship baseball game was not played this year. While I understand that the pandemic caused things to be different this year, shouldn’t we have been happy that we were able to have some semblance of a season after losing all of last year?

“The main question I have is that how could educators who are supposed to be protecting the interests of student-athletes permit a member school in their association to make the decision of whether or not to play the game. That’s the question that nobody seems to have an answer to.

“I am grateful to Xaverian’s athletic director Anthony Mancusi for doing a great job putting together this season’s diocesan schedule and reserving St. John’s baseball field for a city championship game. The ‘A’ championship game between St. Edmund Prep and LaSalle Academy went off without a hitch, and the Xaverian student-athletes – especially the seniors – should have been afforded that same opportunity to represent their school in what would have been an exciting game.

“Despite the pandemic, the Brooklyn-Queens CHSAA was able to run every other sport this year that we could. We had a city championship in soccer. Track did not miss a meet the entire year – cross-country, indoor or outdoor.

“All I can say is that the Diocese of Brooklyn would never have permitted this to happen. A ‘AA’ city championship game could have provided further comfort knowing local sports continue to make a valiant comeback. Instead, our student-athletes from Xaverian have missed out on a what could have been a crowning achievement of their high school sports careers.