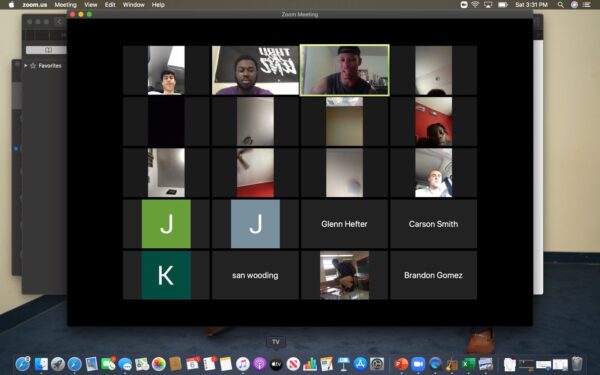 Professional basketball player and Queens native Scott Machado spoke to members of the St. John’s Prep, Astoria, varsity boys’ basketball team during a Zoom meeting. The student-athletes asked Machado about his time in the NBA with the Los Angeles Lakers and the keys to being successful on and off the court.

Archbishop Molloy H.S., Briarwood, graduate and former basketball star Amani Tatum will be an assistant coach for the first-ever girls’ varsity team at Holy Cross H.S., Flushing. Tatum, a 2012-2013 Tablet All-Star point guard, played for the Knights new head coach Tom Catalanotto in high school. As a senior, she averaged 17.0 points and 6.0 assists per game for the Stanners. She was also a member of the 2011 GCHSAA state and N.Y.S. Federation championship team.

Baseball During a Pandemic

With the potential return of the baseball season on the horizon, let’s look back at how the Spanish Flu of 1918 affected the game.

It was over 100 years ago that the fast-acting infection took the lives of between 50 and 100 million people worldwide – including 675,000 Americans. Similar to COVID-19, the Spanish Flu was a highly contagious viral strain that attacked the respiratory system.

Baseball was not immune to the pandemic, which lasted 15 months. According to Bill Francis of the National Baseball Hall of Fame, six players – mostly minor leaguers – and a few sportswriters who covered the sport succumbed to the illness.

The baseball world truly felt the effects when famed umpire Silk O’Loughlin passed away on Dec. 20, 1918. The 46-year-old was considered one of the best and most renowned umpires in the big leagues at the time.

Despite the global pandemic, there was no delay in the season, and players, umpires and fans all wore masks as a precaution. In May, the legendary Babe Ruth – playing as a member of the Boston Red Sox – reportedly came down with symptoms of the Spanish Flu and missed a week of play. He still wound up leading the American League that year with 11 home runs.

The 1918 season actually wound up being shortened for another reason: America’s participation in World War I. Most teams played around 125 games during the regular season, and the Red Sox defeated the Chicago Cubs in the World Series, which would be their only championship title for the next 86 years. 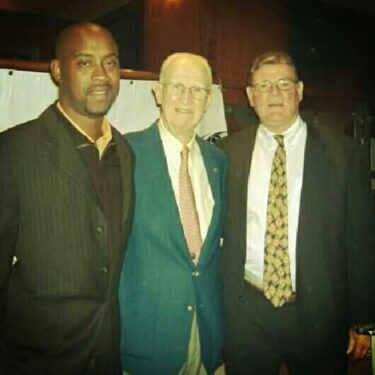 Great Moments of the Past

It could be said that this photo features the Mount Rushmore of Archbishop Molloy H.S., Briarwood, varsity boys’ basketball: from left, Kenny Anderson, the late Coach Jack Curran and Kevin Joyce.