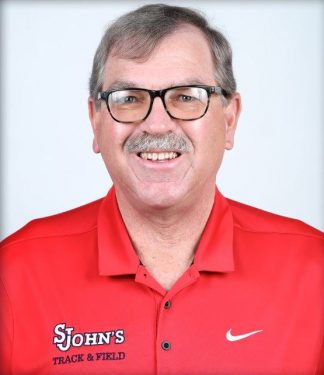 Hurt came to Queens as the cross-country and assistant track and field coach in 1982 before being promoted to head coach in 1988. His student-athletes appeared in NCAA championships for 29 consecutive years, in 17 USA national championships and in five USA Olympic trials while winning 36 Metropolitan Conference titles.