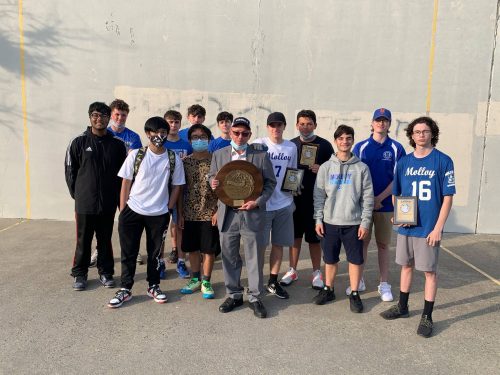 “Disco” Dom Scala will be honored with the 2021 Italian-American Baseball Foundation Achievement Award at a ceremony in December. Scala grew up in Williamsburg and attended Annunciation Elementary School there. He played Catholic Youth Organization sports at Our Lady of Mount Carmel, Williamsburg. From there, it was on to St. Francis Prep, Williamsburg, where he played football, basketball and baseball. He took his baseball talents to St. John’s University, Jamaica, and later served as the New York Yankees bullpen catcher from 1978 through 1986. He is the former head baseball coach at Adelphi University, Garden City, L.I.

The Catholic Youth Organization’s spring season wrapped up with the following teams taking home diocesan titles in their respective sports:

Bantam: Our Lady of the Blesses Sacrament, Bayside

Intermediate: Our Lady of the Blesses Sacrament